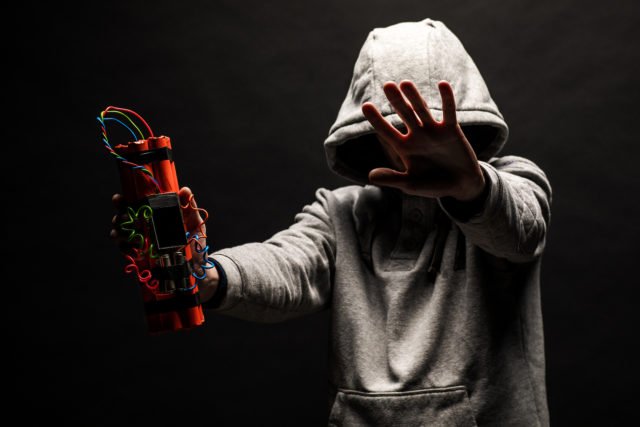 A Norwegian mining firm received a bomb threat on 11th August 2018, which was explicitly related to the amount of noise being produced as a result of mining. If you have ever lived near a mining rig, you must be aware that it happens to be one heck of a hardware and if several machines are to work together, it could ‘sabotage the peace’ for some people, as claimed.

Kryptovault has scaled up its operations in an array of cities across Norway and after a local paper reported on its working, Yahoo Finance stated that the firm has received multiple threats. However, it is not an ordinary threat this time and the menace stated that if the firm continues to expand its mining operations and does not take necessary measure to halt the noise pollution, then their sites could be blown.

Considering the urgency and seriousness of the matter, Managing Director of Kryptovault forwarded this anonymous threat to the local authorities without any unnecessary delays and according to him, they are taking the entire issue quite seriously.

It is not the first time that the firm is under fire from the general public and local residents. In June 2018, their excessive noise pollution raised many concerns and Vakdalposten newspaper even reported that the company has hosted several meetings with the neighbors in order to consult them for deriving a mutually acceptable remedy to ease frustration. But that was a couple of months ago and amidst growing concerns and aggravating intensity of threats, security agencies and Kryptovault are working together to derive a comprehensive plan to ensure the security and integrity of the firm as well as employees.

Currently, they are operating in 3 cities and as told by Hagesaeter, Dale is quite easily targetable by any potential menace or rather an intruder. Therefore, to safeguard their base, employees working in Dale have been issued a warning to stay vigilant in all instances and keep an eye on any abnormal behavior among employees and surroundings as well.

It is worth noticing that since the number of crypto users is increasing at an incredible pace, mining happens to be a very profitable activity for private businesses and this is exactly what they have been taking advantage of in the recent months. Meanwhile, it cannot be ignored that in order to operate a single rig, an array of hardware is required which is quite an energy intensive procedure and consumes a great deal of electricity.