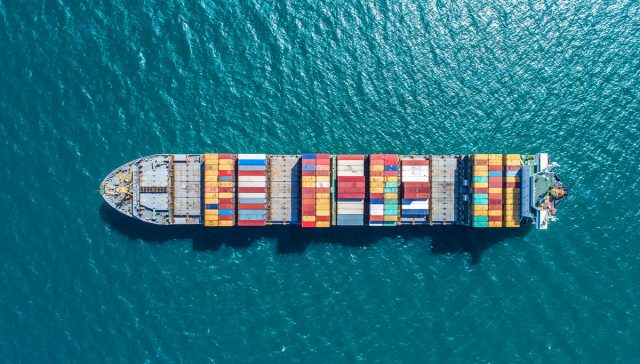 With crypto prices spiraling downward, it is easy to assume that the blockchain space is struggling. However, market caps notwithstanding, development and adoption is stronger than ever. Perhaps no sector is embracing blockchain faster than logistics and commercial shipping, specifically maritime transport. It is now commonly accepted that this segment of the global economy will soon see full-scale adoption of blockchain systems, and with it substantial improvements in efficiency and security.

The port of Rotterdam, which is Europe’s largest, recently announced a month-long trial of a blockchain-based container management system. This move is in cooperation with Samsung and ABM Amro, a Dutch bank. The port administration has stated that the system will be “a complete, paperless integration of physical, administrative, and financial streams within international distribution chains.” Designers of the project assert that it could save millions of Euros over the long-term, and serve as a model for future blockchain integration.

Several other ports are also moving into the blockchain space. Antwerp, for example, has been piloting a program known as “Smart Port” for over a year, and Britain’s largest port operator, Associated British Ports, is also exploring the technology. In fact, virtually every player in the space is embracing blockchain, with expectations that it will be a standard element of the industry within a few years. Perhaps the largest blockchain system under development is TradeLens, which is a joint venture between IBM and Maersk which will involve 234 global ports and 94 shipping organizations.

There is no doubt that maritime shipping is an industry that could benefit greatly from distributed ledger systems. Despite tremendous growth in volume during the past 50 years, the means by which products are handled remains woefully outdated. Most records are kept on paper, with little oversight or standardization. As many as thirty different parties can be involved in product handling, none of which effectively communicate with each other. In fact, so inefficient is the present state of global shipping that up to fifty percent of costs can be attributed to paperwork and logistics.

Whereas there is little doubt that blockchain will be a significant improvement for maritime transport, there will be challenges, and a full transition to the technology will take time. One significant issue will be standardization. Many different blockchain platforms could potentially be adopted. Some are even specifically designed for the sector. Unless one, or a select few, become universally accepted many of the benefits will be lost. Additionally, even the most advanced blockchain projects are still far from fully developed, which opens the door for a variety of issues down the road.

Although the marine shipping industry involves trillions of dollars in global trade each year, it is still represents only a small fragment of blockchain’s potential. It is this fact that makes examining its adoption of the technology a good case study for blockchain development. There is little doubt at this point that blockchain will be used to make the transport of goods across the world’s oceans vastly more efficient and secure, yet much more work is needed before this vision becomes a reality.