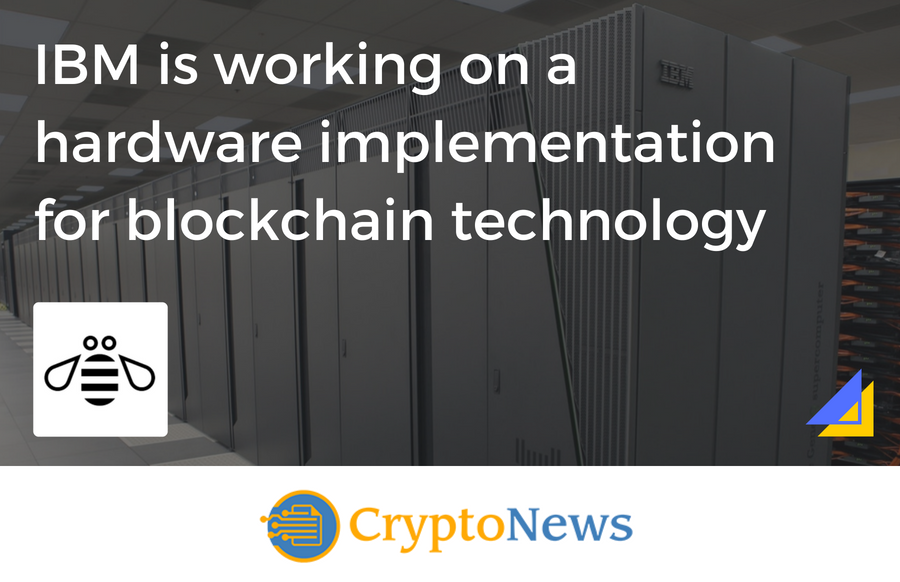 Following the news from Microsoft, one of their main competitors IBM has also applied for a patent called “Node characterization in a blockchain,” which hosts a method for extracting information on a blockchain about a node. The patent comes from an Indian team employed by IBM, and is due to the work of:

The patent was filed for on February 13th, 2017, so it took a lot of time for it to get public on August 16th, and it was quickly noticed thanks to a report by CoinTelegraph.

The system itself is designed to provide a method for extracting data from nodes on a network, and identify transaction types. Any operation on the blockchain can have one or more nodes that carry useful information regarding the transactions.

Reading through the patent we can see a lot of claims that are related to the extraction of data based on characterization, and terms such as extraction, analysis, and discovery are mentioned frequently in the document. This suggests that the data contained on the blockchain would be searchable and considering the presence of compliance, most likely for government or corporate entities to be able to regulate or find out information quickly and efficiently.

The patent contains a proposal for a system that would provide anti-money laundering method by tracking nodes and detecting whether it performs suspicious actions, such as making illegal crypto transactions from “black” addresses or attempts to perform a transgression of some kind that is against the rules of the blockchain.

Additionally, the system as described in the patent suggests a hardware implementation of sorts which is capable of hosting various modules. It is unclear whether this will be an IOT device, or a crypto wallet, as there are no indications of how the device will be used.

The main problem solved by this solution is one of characterization of nodes and the identification of data sets, i.e. transactions on the blockchain. The fact that there is a hardware component is a strong indicator that IBM is creating some sort of device or an upgrade to their offer, whether in regards to servers, software, or even a potential application for the Watson Supercomputer.

We are working hard to provide you with the latest information, as well as unique perspectives on current events in the cryptocurrency and blockchain world. To keep up with the latest articles posted on Crypto-news.net, give us a like on Facebook, and send us a thumbs up in the chat to show your support.