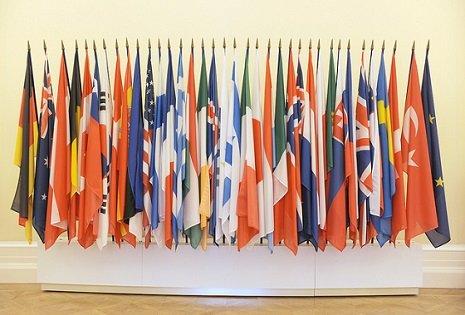 In attendance will be the State Secretary of Slovenia, prime ministers of Bermuda, Serbia, and the Rebulic of Mauritius, as well as Angel Gurria, Secretary-General of the OECD. The conference will be held between 4th and 5th September and will be live streamed from the OECD headquarters in Paris. There would be over 400 high-level decision-makers from both the private and public sectors to deliberate on the decentralized future of the region and the world.

Attendees will come together and discuss the possible influence of the blockchain on the region and on the global economy. Other topics that will receive prominent mention include cybersecurity, privacy, and how blockchain could be leveraged to create inclusive governance and private-based systems. On a broader note, there would also be discussions on sustainability in the region, green growth, as well as discussions on regulatory and governance practices.

According to the release, “blockchain has the potential to transform how a wide range of industries function. Fulfilling its potential, however, depends on the integrity of the processes and requires adequate policies and measures while addressing the risks of misuse. Governments and the international community will play a significant role in shaping policy and regulatory frameworks that are aligned with the emerging challenges and foster transparent, fair and stable markets as a basis for the use of blockchain.”

In order to prepare for the conference, the organization’s Directorate for Financial and Enterprise Competition Committee released a 10-page paper titled “Blockchain Technology and Competition Policy”.  The paper outlines the many applications of the distributed ledger technology that would be useful for private and public-based systems. Moreover, the paper dived into ins and outs of the blockchain technology and centered on other enterprise based blockchain development platforms, alluding to R3 as an example.

Among the blockchain use cases cited by the paper include distributed ledger systems that enforce tax payment and eliminate tax evasion tactics, the use of a sovereign-based cryptocurrency to aid fiscal and monetary policies, to build digital property registries, and to help citizens provide and prove authentic identification for online voting. Other use cases explored in the paper are public sector transparency and efficiency, pension processing and social security efficiency, and decentralized health databases for seamless sharing of patient data.

The future of blockchain for international organizations

Founded in 1961, the OECD is an intergovernmental economic organization created to stimulate economic progress, world trade, and social well-being of people around the globe. Featuring 36 member countries, the organization serves as a common forum for governments to deliberate on economic and social issues bothering the global economy.

The organization’s involvement with the blockchain spells a new era for distributed ledger technologies. Thus, blockchain has moved from discussion panels of computer nerds and tech enthusiasts into dialog tables of international organizations. The United Nations has also used the blockchain to help Syrian refugees and has recently raised $110 million bond through the global blockchain.