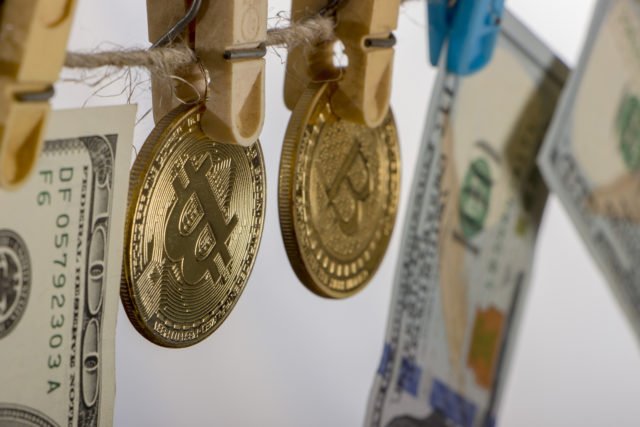 Since the earliest days of the blockchain movement, governments have recognized the potential for cryptocurrencies to be used for illegal activities. In fact, whereas states have been very slow to accept crypto for legitimate economic purposes, they have paid significant attention to its criminal use. Recently money laundering has become a priority for law enforcement, with a number of high profile arrests and crackdowns taking place in several countries.

Examples of legal action include the arrest of eleven individuals last month in Spain, accused of using cryptocurrency in a chain of transactions to launder drug money. The investigation involved Europol, and spanned several countries. Also recently an American court convicted Thomas Costanzo for laundering drug money via a peer-to-peer crypto exchange he operated in the United States. It is reasonable to assume that as cryptocurrencies become more common, and more valuable, use for such purposes will continue to grow.

Earlier this year at the G20 summit, as cryptocurrency was discussed, a number of nations expressed grave concern about preventing money laundering as a top priority for crypto regulation. Japan in particular emphasized this need. Japan is also believed to be the nation where money laundering via crypto is most prevalent. One Japanese newspaper recently claimed that 30 billion yen had been laundered via cryptocurrency since 2016.

Although crypto advocates are divided over the issue of government regulation, all agree that the association with illegal activity casts a negative cloud over the blockchain movement. No doubt issues such as money laundering should be taken seriously. Nevertheless, by any estimate it represents only a tiny fraction of all crypto activity, and it is far less than one percent of money laundered via more traditional methods.

Individually, many nations are taking regulatory action, the primary focus of which has so far been to regulate exchanges and other crypto trading operations. For example, The United States considers exchanges “money services businesses,” and the Treasury Department expects them to follow the same anti-money laundering regulations as other financial institutions. South Korea is implementing rigid rules for exchanges that include the banning of anonymous trade accounts and also accounts by non-residents. The European Parliament has recently established a commission to explore crypto regulation, which recently placed exchange regulations as a key proposal.

This approach, although well-meaning, overlooks the fact that blockchain technology is, by its very nature, extremely difficult to regulate. Many exchanges are reluctant to cooperate with these various state agencies, and operate in localities where they are not required to do so. More importantly, decentralized exchanges will soon be the norm, which will render all attempts at such regulation ineffective. Also, with privacy and anonymity becoming common features of the most popular platforms, tracking the movement of illicit income across the crypto space will be effectively impossible.

Thus, properly addressing the issue of money laundering will require nations to take steps that recognize the international nature of cryptocurrencies as well as their status as a legitimate assets. Anti-money laundering rules should be uniform and established as part of international agreements. This fact, of course, was emphasized at the G20 meeting. Also, law enforcement should focus on thwarting illegal activity at the source, rather than attempt to track income across blockchains.

Most importantly, governments and central banks should embrace the blockchain revolution and the cryptocurrencies that come with it. Crypto is, by any objective measure, a permanent part of the global financial landscape. Rather than discourage its use, as many nations have done, states should work with the crypto community to make its use easier for the general public. All evidence indicates that creating legitimate channels by which individuals can use crypto will increase its ethical use.