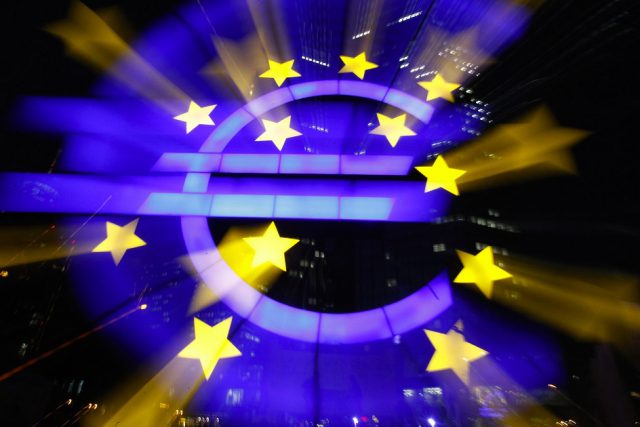 Seven big banks in Europe have formed a new group to create a Blockchain-controlled, cross-border trade financing platform for both small and medium-scale enterprises in the region. These institutions formalized their agreement by signing a Memorandum of Agreement (MoU) recently. The banks are:

The banking consortium wants to improve local and trans-border commerce for corporations in the Euro Zone. It will work hard to create, deploy and advocate the implementation of this so-called “Digital Trade Chain” or DTC. The Chain is based on a prototype program built by KBC of Belgium. The initial Proof of Concept will function as a supply chain and trade finance solution. DTC will be launched this year and build support in the United Kingdom, Germany and France.

The goal of DTC is to make trade finance simpler. DTC aims at facilitating well-organized management and securing domestic and global business in Europe for minor players or SMEs. The Distributed Ledger will document, monitor, and protect said deals by connecting participants efficiently. These include buyers and sellers; banks; and, logistics providers through an interface and mobile apps.

SMEs were selected because these enterprises choose a more clear-cut trading system consisting of open-account platforms. Merchandise is transported and delivered prior to payment. All settlements are done in one, two or three months. This methodology is different from big corporation that make use of Documentary or Letter of Credit procedures wherein banks guarantee payment to sellers on pre-arranged dates.

The Digital Trade Chain will allow end to end transparency and reduce paperwork to some extent. On the other hand, DTC accelerates the process of ordering up to payment. Members of the group are convinced SMEs will benefit from commerce due to the flawless and secure system. It will contribute eventually to an improved regional ecosystem which can extend to other parts of the world.

The trade finance industry can be one of the initial beneficiaries of the Blockchain platform. Proponents of this “disruptive technology” consider the DTC as capable of prompting total disruption in the financial sector. At present, systems are affected by ineptitude because of manual processes which are frequently flawed and time-consuming. Automated platforms as well as prompt payment times are the advantages of Blockchain.

In the global scenario, minimal counter-party risks and better operational efficiency improves transparency. This is an advantage for international trade and auditors checking out transactions in an industry that is worth $4 trillion. Last September (2016), Blockchain technology was used in the export shipment of butter and cheese from Ireland to Seychelles. This transaction was valued at $100, 000. In the same month, Microsoft Corporation disclosed its aim to stimulate world trade finance transaction in cooperation with Bank of America.

The New York-based R3 Consortium is composed of over 70 biggest financial institutions in the world engaged in R&D of Blockchain database use in the financial system. It disclosed the development of two more Blockchain prototypes that can upgrade the financial trade sector all over the world. A total of 15 banks took part as it described trade finance as a vital income stream for banking entities.

These solutions anchored on Blockchain are expected to help minimize or even prevent risks of fraud which often occur in international commerce. A good example is the $200 million loss of Standard Chartered Bank at the Qingdao Port (China) in 2014. At present, Standard is designing an electronic invoice ledger in collaboration with DBS of Singapore.

Costs will be shared. After the launch, additional markets are being considered for possible roll-outs. These include the Netherlands, Belgium and Luxembourg. According to HSBC’s Head of Global Trade and Receivable Finance for Europe (Andrew Betts), the target date of 2017 for release is quite ambitious but viable. The timeframe may be uncompromising but it can be achieved based on the assessment of Mr. Betts.

Bank representatives see the success as current and attract several businesses that will lead to a network effect. Several banks must be involved. The Digital Trade Chain will only become successful if made accessible to numerous small and medium enterprises. Banks are supporting this project and putting up an undisclosed amount of subsidy or capital to attain that objective. Each one will raise an equal amount for developers and other expenditures.

KBC is responsible for the DTC’s birth. This Belgian bank worked with and IT Company (Cegeka) in developing the DTC application. It is based on a so-called “Permissioned” Blockchain equipped with Smart Contracts. The app connects all parties involved to the transaction and registers the trade process. This is from orders to payments and displays the entire deal in a flowchart. It ensures settlement after contractual agreements are undertaken.

The application was subjected to evaluation by 17 SMEs from various industries. It was tested by Aristide and BRU Textiles which are two textile manufacturers in Belgium. KBC management stated it is negotiating with its counterparts in other European Union member-nations which are the major markets for 77 percent of Belgian exports. The target here is to spread out the service more extensively.

KBC also said the SMEs must operate their respective enterprises in different ways in the midst of the booming digital generation. The pioneer of DTC seeks to provide new solutions to these companies so they can progress in this digital environment. The success of DTC trials prove that Blockchain offers opportunities for continuing trials and development in the near future. The Digital Trade Chain has positive prospects because of these recent happenings.

Mainstream media says “Bitcoin is not a currency”