2 min readBitcoin Price Moves Back Above $915 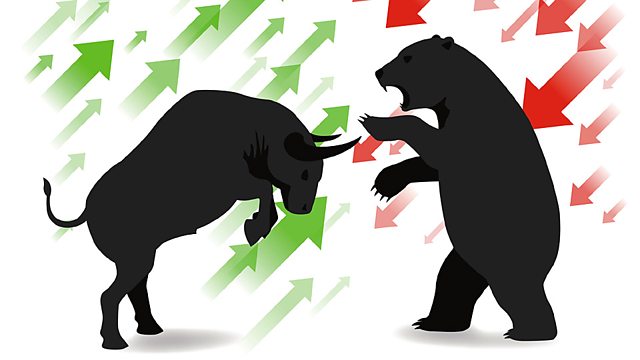 Bitcoin markets appear to be going through a phase going against the apparent bearish mood over the last few trading sessions. Some support seems to have taken shape as BTC/USD rates are keeping above after the recent recovery, in spite of selling pressure originating from large sell orders. 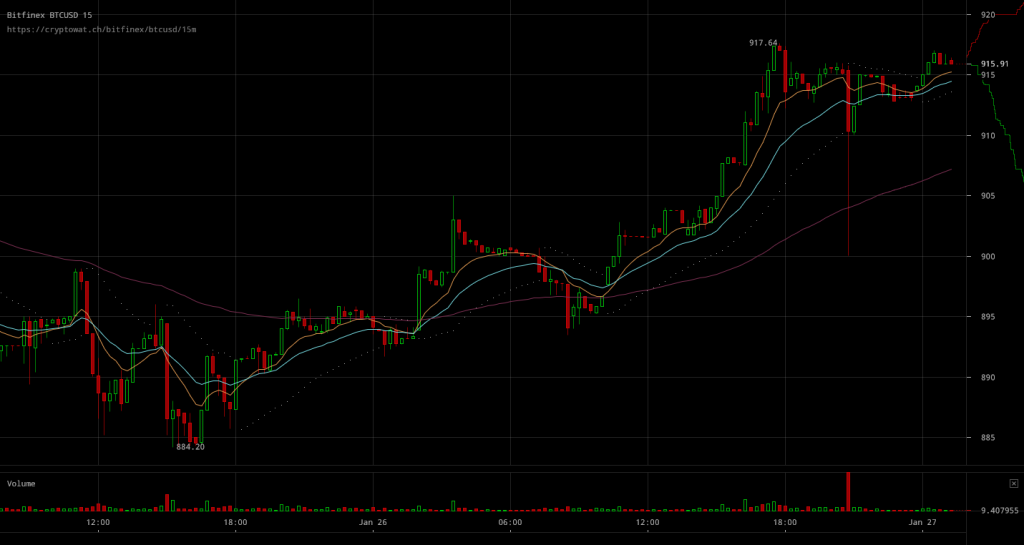 Bitfinex BTC/USD charts are indicative of how traders managed to pull the market out of a bearish market sentiment. With resistance now appearing weak in retrospect, it might have seemed like this could be a development that isn’t here to stay. However, the support levels that formed so quickly after resistance was eaten up by the recovery’s buying pressure are impressive. 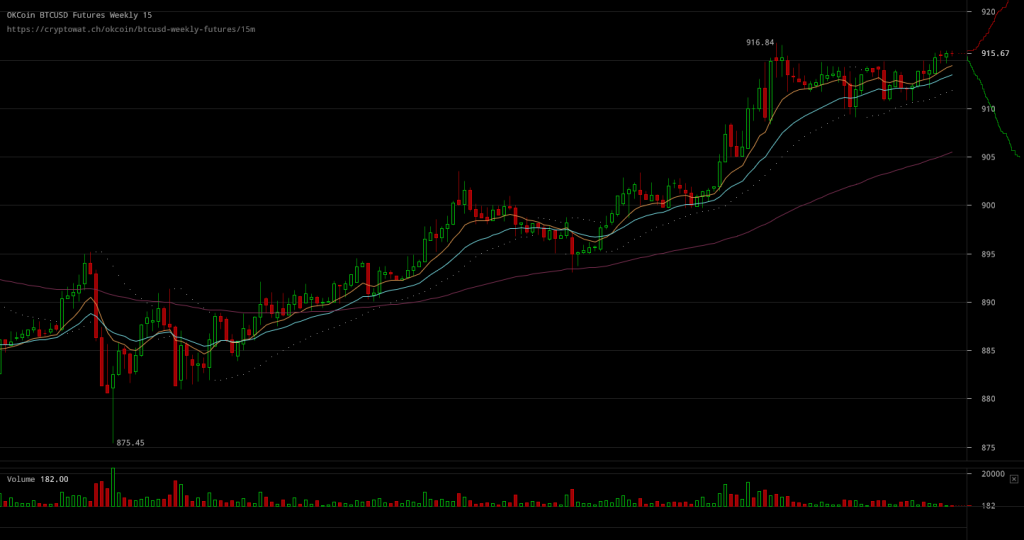 Provided that the market is recovering from a bearish market sentiment after quite a bit of sideways trailing, the failure of large sell orders to have a more severe effect on BTC/USD rates is indicative of how the market’s sentiment was ready to be shifted away from negativity. As BTC/USD trades around $915, the likelihood for a continuation to positive price movements doesn’t seem unlikely in spite of the decent resistance above such levels.

Futures traders are also sharing the market’s sentiment by eliminating most of the negativity that ruled futures markets over the course of the last couple of weeks. It’s remarkable that futures markets are trading that close to live BTC/USD rates. It might not be the first time such an effect is observed lately, but it’s certainly lasting for a respectable amount of time.