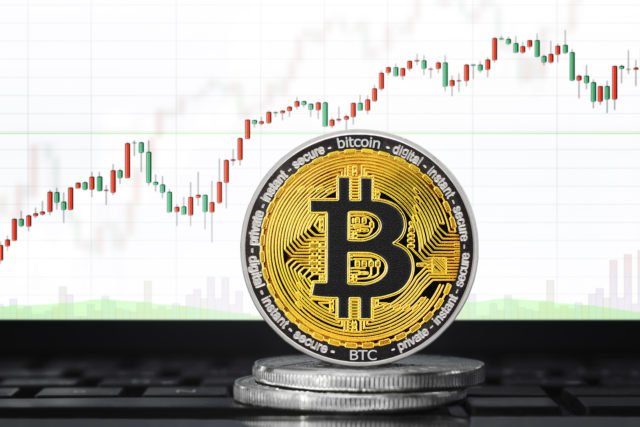 Bitcoin has been one of the most speculative digital assets in the crypto-sphere with contradictory price predictions from renowned experts and analysts. Despite the many failed predictions, few of them still stand tall. There have been instances where the consideration of Bitcoin for economic and financial analysis with the application of theories has been doubted. This is due to the fact that the digital asset goes beyond tests and ride on speculations as experts have suggested. Regardless of its nature, few price predictions have come to pass, and many more are being expected to see the light of the day. Here are four insane price predictions of Bitcoin for 2018.

Arthur Hayes, the CEO, and Co-Founder of Bitmex predicted that Bitcoin will end the year with $50,000. Despite the market pullback and the storm that is making the cryptocurrencies struggle in the market, Hayes remained certain that something big will happen. According to him, two situations are likely to be a catalyst to this Bull Run: the volatile nature of the cryptocurrency and the expectations of people about the possible run in the future. The highly volatile asset can make an uninterrupted run to that price zone with the high rate of acceptance by investors being the underlying force. However, he did not rule out a possible price bottom of $3000 to $5000. “We could definitely find a bottom in the $3,000 to $5,000 range,” he said.

Despite the fact that many investors have given up hope on the future bull run, and other analysts reconsidering their previous predictions, Kay Van-Petersen, an analyst at Saxo Bank, believes firmly that Bitcoin will reach $100,000. In his view, the Bitcoin future contracts launched by the CME and the CBOE were meant to get individual and institutional investors involved. Institution investments into cryptocurrencies have been reported to be on the rise, and, therefore, will be the possible catalyst for his price prediction. Van-Petersen said to reporters that institutions getting involved in the cryptocurrency will be a gradual process, and could take time for $100,000 to come to reality.

Another insane price prediction for Bitcoin came from the Quinlan Associate, forecasting that Bitcoin will trade as low as $1800 over the course of the year. Even though this prediction did not go down well with investors, the Bitcoin price is not far from that zone. In their report entitled “Fool’s Gold: Unearthing the World of Cryptocurrency,” the Quinlan Associates showed how their cost of production and store of value approach resulted in $2,161 and $687 respectively. “After significant testing, we calculated the price of BTC to be $1,780,” they wrote. They made this prediction when Bitcoin was trading at $14,000. Bitcoin rose in price to an all-time high of $20,000 before its subsequent fall in price. In their analysis, they established that the drop in the Bitcoin value will collapse the total cryptocurrency market capitalization up to 70 percent.

Thomas Lee, the founder of Fundstrat believes that Bitcoin has an interesting future ahead. A number of his predictions have come to light and his credible track record has rekindled hope in the Bitcoin industry. Many experts see this recession as a time Bitcoin is gathering momentum to break forth. At this time, a number of investors are getting involved in the digital asset due to the speculations surrounding its future success. Tom Lee said to reporters that Bitcoin will bounce back and reach as high as $25,000 at the end of the year. “We still feel pretty confident that Bitcoin is a great risk-reward and we think it could reach $25,000 by the end of the year,” he said.

The possibility of these predictions coming to pass is 50:50. Per individual observation, it is likely that there may be favorable environments provided by various governments which would give Bitcoin the needed conditions to flourish. Also, a complete opposite of this may happen, as regulations about its operation could become stricter. This would, therefore, cause the price to fall further. Bitcoin has been said to have no real value, hence any false speculations could drive it to zero. Similarly, it could rise beyond the predicted price just as analysts have predicted.