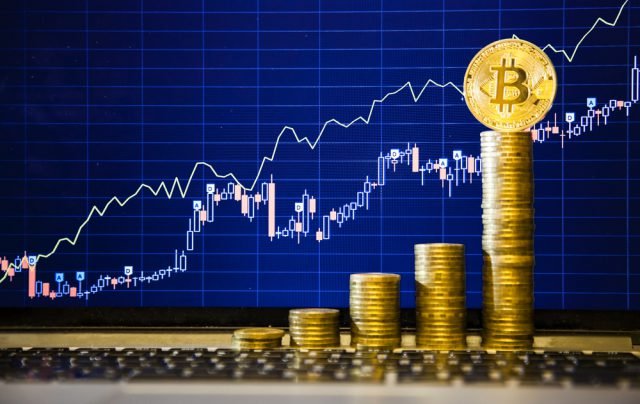 Bitcoin’s recent surge to record highs has brought significant media coverage, and an increase in the ongoing debate over its price. Although this conversation is certainly not new to the crypto space, leading global financial experts have recently joined in, many of whom paid little attention to Bitcoin in years past. It is safe to assume that, as Bitcoin marches toward the mainstream, these individuals have come to understand the disruptive role that it, and other cryptos, are certain to play in global financial sectors. Whereas long-term crypto advocates generally assert that Bitcoin is substantially underpriced, traditional financial experts are divided on the issue.

In September, Jamie Dimon, CEO of JPMorgan Chase, made international headlines when he referred to Bitcoin as a “fraud.” Last week, while speaking at the International Institute of Finance, he clarified his position. Dimon praised blockchain technology, and even spoke positively of fiat-backed cryptos. Regarding Bitcoin, and other decentralized blockchain assets, he affirmed his position that they are fraudulent, and that their price will one day collapse.

Dimon made a number of points to defend his position. Notably, he asserted that Bitcoin was insignificant because its market cap is only in the billions of dollars. He also stated that “the only value of a Bitcoin is what the other guy will pay for it,” and suggested that current media attention was a scheme to pump up the price so current investors could sell for a profit. Additionally, Dimon said that governments would one day “crush” Bitcoin, because they will not permit currency to be used that cannot be tracked or controlled. Dimon did note that Bitcoin was presently a better alternative to fiat in nations with weak and collapsing economies, such as Venezuela and Cuba.

Last week, during a meeting of the SEC’s Investor Advisory Committee (IAC), a number of leading financial experts also expressed criticism of cryptocurrency. This committee advises the U.S. Securities and Exchange Commission on a range of investment and regulatory issues, and is comprised of experts from across the financial spectrum. In what became a heated debate, one member, Damon Silvers, referred to Bitcoin as being in an “obvious bubble,” and accused crypto advocates of using “technical jargon” to evade important questions regarding cryptocurrency as an investment product. Silvers also claimed that crypto investments, such as ICOs, were designed to evade the law. Another member, Anne Simpson, referred to Bitcoin mining as “Isaac Asimov gone mad.”

Financial leaders criticizing cryptocurrency is certainly nothing new, but in years past few of their peers were willing to publically defend it. This dynamic has now changed, as a number of well-respected experts are now crypto advocates. For example, billionaire hedge fund manager Mike Novogratz recently stated that ten percent of his assets are now in Bitcoin and Ethereum. Novogratz also intends to create a cryptocurrency hedge fund. Former Goldman Sachs vice president Matthew Goetz is also a strong crypto advocate, and is now CEO of Blocktower Capital, a cryptocurrency investment firm. Goetz recently stated, “I think it behooves the smart and forward-thinking firms to be involved in cryptocurrency.”

Although crypto advocates generally dismiss critics such as Dimon, it is wise to remember that the crypto revolution is still in its infancy, and Bitcoin may very well experience a significant price drop, or be replaced as the top cryptocurrency. What critics often fail to understand is that all cryptocurrencies are not the same, and even if Bitcoin falls into disuse, decentralized blockchain-based assets are here to stay.

Perhaps the most significant misunderstanding by critics is the erroneous claim that decentralized cryptos have no clear uses, and thus have no value as commodities. Many cryptos, such as Ethereum and NEM, are used for smart contracts, which promise to make logistics and information systems far more efficient. Other cryptos have more specialized functions, such as Siacoin, which enables decentralized data storage. Even Bitcoin, which Dimon insists is worthless, is a decentralized, incorruptible ledger that enables secure transactions. This characteristic has real-world applications that are worth paying for.

There is, of course, no way to definitively know the current value of any specific cryptocurrency. Even when Bitcoin traded for pennies many considered it overpriced. However, cryptocurrency use and adoption provides a window into whether or not it should be considered a tangible asset. People and institutions are beginning to adopt blockchain-based systems because of the benefit such systems provide. Value is created because blockchains make the world a better place, and cryptocurrencies are part of how they operate.

Perhaps rather than debate whether or not Bitcoin is experiencing a price bubble, experts from the traditional financial world should spend their time learning exactly how decentralized blockchain systems actually work. It would be interesting to see if Dimon, Silvers, and other critics would consider Ethereum, Neo, or Bitshares “frauds” if they knew of the scores of institutions that were implementing these platforms. One certainty is that over the next few years those that choose to ignore this technology stand to lose far more than anyone currently investing in Bitcoin.