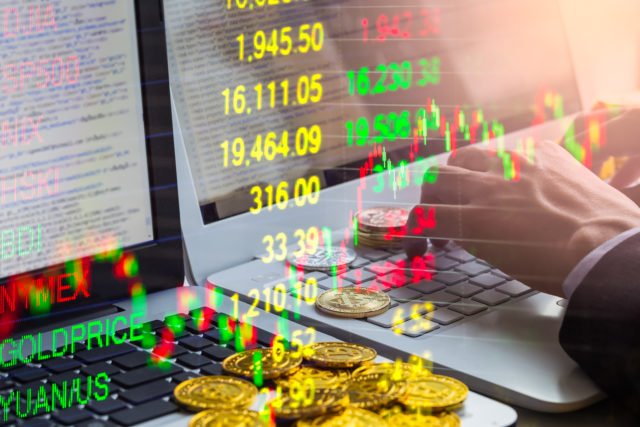 On September 5th, Bitcoin experienced a series of significant price drops, falling almost 15 percent from $7400 to $6300 in under twelve hours. Although these types of volatile moves are common in cryptocurrency markets, rumors immediately emerged of price manipulation. Deliberate attempts to sway crypto prices are well-known, and appear to be on the rise. A wide range of techniques are used, which in the unregulated digital markets can wreak havoc on platform values.

The specific cause for Bitcoin’s sudden price drop is unknown, but some are speculating that the decline is related to Goldman Sach’s decision to postpone its long-anticipated trading desk. Shortly before Goldman made this announcement, someone took a short sale position of ten thousand Bitcoins, worth approximately $74 million. It is highly unlikely that a trader would make such a significant move without advance knowledge of a major news event.

Unlike traditional commodities markets, trading cryptocurrencies on inside information is not illegal. In fact, the borderless nature of blockchain assets makes preventing it difficult, if not impossible. Nevertheless, major moves on inside knowledge can cause crypto values to swing wildly, and bring substantial profits to those who make them. Groups dedicated to inside trading operate openly on social media, and in many instances promote misinformation in their attempts to manipulate prices.

Such activity is one of the driving factors behind the tremendous volatility in the crypto markets, yet debate exists over how much it damages the overall crypto space. The problems with inside trading, and deliberate manipulation, are obvious. It causes losses, often substantial, to honest investors and those seeking to trade fairly. It also causes the public to mistrust cryptocurrencies, and casts blockchain technology in a negative light.

Nevertheless, many crypto advocates assert that manipulation of the market is not inherently negative. First, they claim that as more capital moves into the market, price volatility will decrease and manipulation will become far more difficult to achieve, making it less common. Also, they claim that the true value of specific cryptocurrencies will be revealed as blockchain becomes mainstream, and platforms will rise and fall on their own merits. Thus, the ups and downs of manipulation will have little long-term effect on prices.

Some supporters of a hands-off approach to price manipulation claim, perhaps correctly, that traditional commodity markets have always been gamed by insiders, despite regulations and laws against them doing so. These individuals argue that crypto markets are only different in that such actions are transparent, and like other aspects of blockchain technology, open to all. In other words, trading and investing has always been rigged, but with cryptocurrencies anyone can take part in the cheating.

There is also scant evidence to indicate that manipulation has had a negative impact on platform development and overall blockchain adoption. The teams behind the major cryptos seem little concerned about price fluctuations, and appear far more interested in putting their projects to real-world use. Trading and market games are, after all, but a small part of the overall blockchain revolution, which is on a path to changing all aspects of modern life.

Whatever one’s opinion on inside trading and other manipulation techniques, such activity is all but certain to continue. In some ways it is yet another reflection of how blockchain assets are creating a distinct place for themselves in the financial space. Entering the crypto market comes with clear risks, which all investors should be aware of, yet at the same time cryptocurrencies have proven to be resilient and secure in their own unique ways. Despite their significant volatility, crypto is still remarkably profitable, and the most significant risk is dismissing its potential to transform the global economy.

Beware of the CryptoShuffler Malware that Steals Bitcoin

Beyond Money: The Most Promising Blockchain Platforms Are Not Currencies

Multiplayer Gaming: A rewarding Marketplace for both Developers and Independent Players 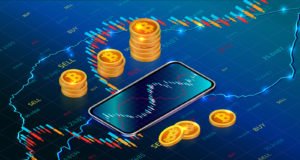 Bitcoin’s Value Is Surging, Yet Technical Data Highlights Challenges Ahead

Trevor Smith -
0
Excitement among Bitcoin advocates continues to build as the flagship cryptocurrency has moved past $10,000 and is showing no sign of a...