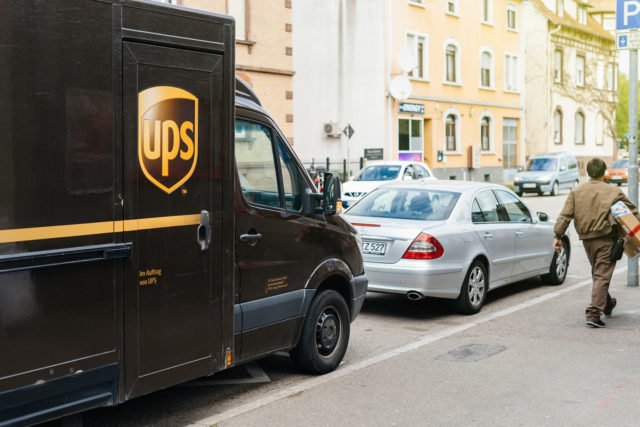 United Parcel Service (UPS), a century-old company, asserts that using blockchain technology can help with managing the global supply chain by streamlining package delivery logistics. The US Patent & Trademark Office has published documents which show that UPS filed for several patents in connection to blockchain technology as well as a DLT, which are to be used for routing packages in a globally managed supply chain, including multiple carriers.

The patent application was submitted on 16th February 2018, and explains that although package routes have been optimized by logistics providers for efficiency maximization and cost minimization, the coordination of shipments involving multiple service providers is still difficult for pretty much all operators. The included text also describes how it may be advantageous for the logistics service providers to transport a unit of shipment along with several others. However, it might be difficult to track the movement of shipment through numerous transportation networks. In addition to this, if a unit of shipment requires special handling requirements, it could be difficult to ensure whether the requirements have been met by every participant or not.

The aim of UPS is to address this issue through implementation of an automated system which will use a blockchain ledger for automatic routing of packages through various transportation networks. After a packaging facility scans the shipment, a route will be automatically selected by the system taking into account the services offered by various courier companies that are connected via a network. The movement of the package, as it travels towards its destination, will be explicitly tracked in a decentralized ledger. This will allow the automated system to determine as to whether the concerned service providers are obliging with their terms or not.

In their patent filing, UPS also pointed out that DLT networks can be accommodated in the system so that various parties can be paid upon the fulfillment of their obligations using smart contracts. This can be done along the supply chain, as the package passes through each shipper. Moreover, if this system is built on a public blockchain network, cryptocurrencies can be used for handling all monetary dealings. The authors purport that the ledger entries may comprise of digital assets. This tends to assert that the digital currency may have value in itself that can be used in the exchange of transportation services or the likes of it.