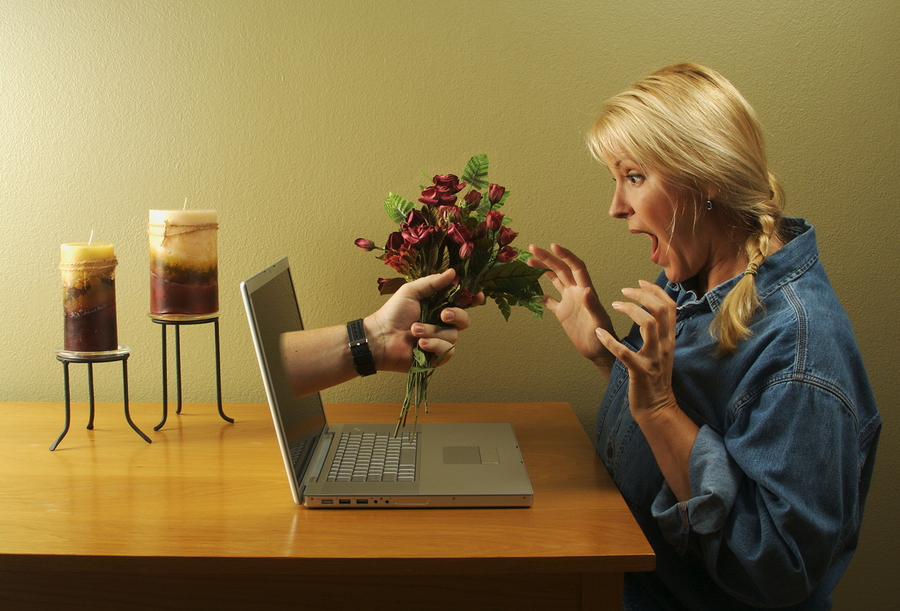 There was a time when in order to meet someone new, one had to go to the local bar and hit on someone or ask a friend to hook him up. Most of us can hardly remember those days because thanks to the internet, meeting someone is only a click away. Whether you are just looking for a friend to chat about how awesome Beyoncé’s new album is and rant about the economy or you are seeking someone to spark a romantic relationship with, the internet’s got you covered.

During the formative years, emails and web chat rooms were the easiest ways for people to meet online. Then came social media and Facebook, Twitter and Instagram took over. Online dating has now become an industry on its own and it’s estimated to be worth $3 billion. However, the online dating platform has also become rife with perverts and conmen and women who are out to take advantage of the vulnerable. Many have fallen prey to ‘catfishing’, a situation in which one finds out, usually too late, that the person they thought they were talking to over the internet was just a lie and it was someone else completely.

The blockchain technology may soon change all this by bringing transparency and honesty back to the online dating industry.

Hicky is one of the blockchain startups that’s set to bring this transformation. Hicky seeks to bring trust into the industry using the immutability of the blockchain to achieve this. According to studies, over 50% of all people who have used online dating platforms have lied to people they have met online. The lack of trust has made online dating not just unsatisfactory but also dangerous. Hicky will subject new users to a strict verification process to ensure that every user is who they claim to be. The verification process will include verification of their voice and scanning of their face. The Decentralized Autonomous Dating (DAD) mechanism in use will reward users with HKY tokens for good behavior and punish them for bad behavior, ultimately streamlining the platform and making it conducive for everyone.

Luna is another blockchain-based solution to the problems that are rife in the online dating industry. It’s an incentive-dating platform that taps into the benefits of the blockchain technology to make the match-making process smooth and accurate. Luna uses an actively improving algorithm for match-making that factors in feedback from its users to improve future experiences. Once a user gets matched and agrees to meet another user, he/she gets to stake tokens and if they don’t show up or turn out to have provided false information, they get to lose their token deposit. Once the participants meet offline, they then get to give feedback and suggest improvements which are taken into account by the AI algorithms in use. The tokens are used to rid the platform of spam and increase the chances of getting replies from users. The Stars tokens, Luna’s native cryptocurrency, are awarded to users who read and respond to messages in a timely manner. First-time messages can have Stars tokens attached to them incentivizing the recipient to open them after which they are transferred to their accounts. This makes the platform very interactive as one not only meets new people but gets to earn tokens which they can trade for fiat currencies on exchanges.

Viola.AI is yet another blockchain dating startup. It seeks to employ artificial intelligence and machine learning powered by the blockchain technology to increase transparency in online dating. It uses Real ID Verification System where each user photo is checked against their provided face scans and social media accounts to verify identity. Once the information is confirmed, it is stored in a decentralized ledger. The immutability nature of the blockchain technology prevents against any identity theft, protects against data tampering and underpins the infrastructure of Viola.AI’s artificial intelligence algorithms. Users are incentivized for the value they contribute, such as relationship advice by being rewarded with Viola Tokens, their native cryptocurrency. Viola.AI has gone a step further and through the use of smart contracts, users can purchase content, goods, and services on the platform.

The blockchain technology is still developing and with each new day, its uses become bigger and better. The dating world will continue to benefit from its use of the decentralized ledger as more startups turn to it to solve some of the problems facing this ever-growing industry.