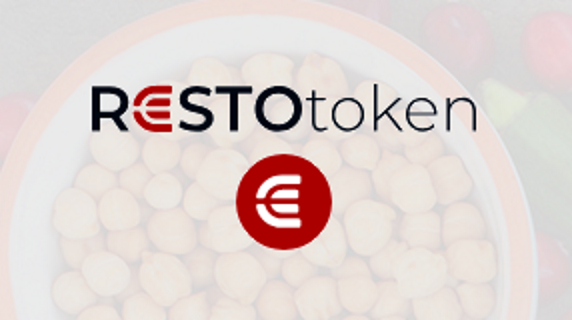 Throughout history, society has used a range of different mechanisms to represent value. Whether that’s Gold, wood or rare metals – a medium of exchange can be facilitated by just about anything. Paper money, or cash, has since replaced the bartering system of times gone by, but for how much longer?

We often hear about the potential a ‘Cashless Society’ offers, and it appears we may not be too far away from it. For example, in late 2017, it was reported that Sweden was on its way to becoming to first nation in the world to become completely cashless, with just under 1% of everyday transactions paid for with paper cash. On the contrary, the age of digitalization has resulted in the likes of debit/credit cards, e-wallets and now cryptocurrencies, providing a far more efficient payment mechanism for the modern citizen.

Let’s take the food services industry as a use case here:

The Age of Digital Cash

The birth of digital payments within the food servicing industry begun in 1949, whereby a New York businessman suffered the embarrassment of forgetting his wallet. Just months later, Frank McNamara returned to the very same restaurant, but this time, he presented a small cardboard card to make the payment. This was the birth of the credit card industry.

Moving forward in time, we saw ATMs and bank transfers replacing the cheque, online banking services replacing bricks and mortar, and e-wallets such as PayPal replacing hard cash, with cryptocurrencies and blockchain technology entering the scene in 2009.

Ultimately, the end game of all technological advancement is to make life easier not only for the consumer, but for the merchant as well. Cash is just too inconvenient. Not so long ago, if you were enjoying an evening of wining and dining and ran out of cash, you would have needed to leave the establishment in order to find an ATM. Now, this is a virtually non-existent issue, even in emerging markets such as the Asian continent.

At the other end of the spectrum, merchants can reduce transaction costs, improve transactional efficiency and ultimately, by making life easier for the consumer, increase sales. So how does this relate to the food servicing industry?

Digitalization in The Food Service Industry

The food servicing sphere is a cash-intensive industry. Customers want to be in-and-out, and merchants understand the important relationship between speed and efficiency. This is especially true in the fast-food sector, where an increase in service time has a direct effect on the bottom line.

Cash is also cumbersome when it comes to accounting for periodic revenues. Not only do food service operators need to engage in the tiresome task of ‘Cashing-up’ at the end of each business day, but the burdens of holding large quantities of paper money can also lead to the risk of theft or mismanagement. All of these issues can be significantly safeguarded against if digital cash is utilized.

To illustrate the need for a cashless society from within the food servicing industry, high-street salad chain Sweetgreen announced that by the end of 2017, 60 of its stores would go completely cashless. The result? Co-founder Jonathan Neman reported that the stores were able to facilitate 5-15% more transactions for each hour of service.

However, it is important to recognize that whilst the aforementioned benefits of digital payments will no doubt continue to grow in demand, one slight caveat lies in waiting – transaction fees for small businesses.

Small Food Service Merchants Must Not Get Left Behind

Large corporate chains such as McDonald’s, KFC and Subway are not only able to swallow third party banking fees, but are also able to negotiate more favorable rates directly with the financial institution in question which is something that small food servicing business owners are not able to do.

When small businesses decide to take the debit/credit card plunge, they are required to go through a third party payment processor. This will most commonly consist of a fixed per-transaction charge, plus a percentage fee ranging between 1-5 percent of the total transaction and sometimes more.

While there appears to be nothing on the table to suggest that this is likely to change anytime soon, an alternative, somewhat emerging technology might just have the answer – the blockchain.

Is Blockchain Technology the Solution?

One of the greatest aspects to the invention of cryptocurrencies and its underlying blockchain protocol is that the phenomenon does not discriminate against size. Whether the transaction is of $1,000 or just 50 cents, transaction fees are rarely more than a fraction of a penny.

As a result, small food service businesses can grab the cashless phenomenon by the horns, without having to worry about their bottom line. Moreover, with blockchain facilitating immutable transactions that cannot be altered, amended or deleted, it also has the potential to allow small food service operators to securely track, monitor and audit transactions subsequently alleviating the dreaded task of ‘Cashing-up’, mismanagement or worse – theft.

One project which has noticed this sizeable gap in the market is Resto, who are building a blockchain-based protocol that has the potential to revolutionize the food servicing industry. The concept behind the project is to allow customers to make food and beverage purchases with their native cryptocurrency token – the Resto token.

In doing so, not only are customers able to make instant and secure transactions, they also have the chance to benefit from loyalty-style discounts and rewards across a variety of businesses on the platform. At the same time, small food servicing operators can facilitate the cashless society without being penalized by third party payment processors. Essentially, by accommodating the payment process on a peer-to-peer basis, the removal of expensive intermediaries can benefit both the merchant and the consumer.

With innovation just around the corner and blockchain constantly creating solutions to so many pain points in various markets, it appears that we will potentially see a cashless society sprouting up within the next few years.