Estonia has announced plans to launch an ICO as a way of raising funds and promoting its e-Residency program. The token, to be called “Estcoin” will be managed by the state, but like all cryptocurrencies, will be accessible to investors worldwide. Estonia is hoping this move will boost its economy, which has struggled since the 2008 recession.

Estonia began its e-Residency program in 2014. It enables non-citizens to become virtual residents, thus giving them the opportunity to open businesses and access financial services under Estonian jurisdiction. It is targeted toward persons who live in states where opening an online business is difficult due to bureaucratic or political restrictions. Kaspar Korjus, the e-Residency director, refers to it as a “borderless, digital nation.” The program has proven popular. Estonia currently has twenty-two thousand e-Residents from more than 138 countries, and thousands of Estonian-based online business have been created.

The small, Baltic nation has a history of adopting new technologies, and embracing innovation. Estonian public services are fully digitized, and every citizen has a secure digital identity. Also, Estonia is the only nation in the world to hold binding elections online. In addition to planning a national cryptocurrency, the government is exploring the integration of blockchain technology into systems such as healthcare and education.

Estonia is rumored to be considering an Ethereum-based token, and Ethereum founder Vitalik Buterin is an advisor for the ICO project. Buterin has been outspoken in his support, stating “An ICO within the e-Residency ecosystem would create a strong incentive alignment between e-residents and this fund, and beyond the economic aspect makes the e-residents feel like more of a community since there are more things they can do together.”

The ICO appears to be the first step in a much broader plan by Estonia to digitize its economy and broaden the reach of e-Residency. The government is also working with a private firm to develop a cryptocurrency exchange, wallet, and token market to be named Mothership. Although Mothership will be available to everyone, its aim is to provide a common virtual economic space for its e-Residents.

Although a number of states are rumored to be exploring cryptocurrency adoption, this news marks the first time such a move has been announced by a state agency. It will no doubt provide a model from which other states can learn. The government has released few details of the ICO, such as its launch date and whitepaper. It claims more news on the project will be provided soon.

April 21, 2021
Freeliquid on BSC and ETH – Collateralize your Liquidity for 90% Loans 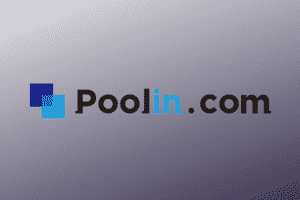