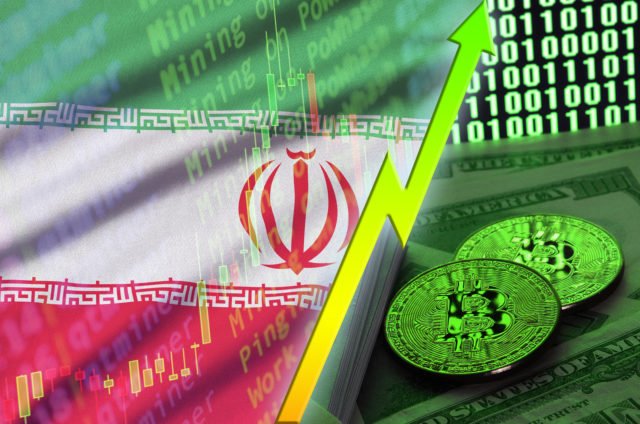 The Iranian government recently approved digital coin mining. The announcement which was made on July 2019 by the country’s Economic Commission, has prompted authorities to find ways to control crypto mining within its current legal structures. Thanks to the country’s reduced electricity costs, mining has been thriving even before it was officially legalized.

A Study conducted by Crescent Electric Supply Company found the cost of mining 1 Bitcoin to be as low as $3,217.  However, energy spokesperson Mostafa Rajabi reported a 7% power consumption surge the previous month as a result of the numerous mining farms around the Islamic republic.

Homayun Haeri, the deputy in charge of electricity & energy in the Ministry of Energy mentioned that government ministers would discuss an initiative to enforce an electricity charge for these farms. Haeri recently opposed government subsidies saying that mining companies should pay their electricity bills in real prices. This is considering Iranian authorities use nearly $1 billion per year on power subsidies.

According to Abdolnaser Hemmati, the Governor of the Central Bank of Iran (CBI), the accepted mining mechanism will face further scrutiny at a cabinet meeting. Hemmati further argued that the country’s currency miners should build the local economy instead of releasing mined Bitcoins overseas. What’s more, he maintained that mining should be hinged on electricity export prices. At the moment, electricity exports stand between $0.7 and $0.10 per kW⋅h. Bitcoin miners, however, only pay $0.05 per watt which is the charge for agricultural and industrial enterprises.

At a past sitting, Iran’s economic commission chairperson Elias Hazrati stated that cryptocurrency should be acknowledged as an official sector so that the country can enjoy tax and customs proceeds. The commission has already developed a tariff plan that matches crypto mining with electricity export costs. Though Energy docket Deputy Homayun Haeri, didn’t reveal the exact figures, he mentioned that export prices depend on several factors, for example, Persian Gulf fuel costs.

In June 2019, the Iranian authorities had shut down mining companies over a spike in electricity consumption.  For a while, the government had not declared its official position on currency mining. Not long ago, Energy ministry representative Mostafa Rajabi attributed the power instability facing consumers to crypto mining.

This statement followed the closing down of two mining farms in Yazd. Situated in deserted factories, the farms had close to 1000 mining machines. Rajabi recognized that the energy for mining a single Bitcoin could power 24 households for one year.

Some mining entities operated inside schools and mosques where electricity was free. Not only that, Kamil Brejcha, a Cryptocurrency Miner confessed to installing mining rigs beside his greenhouses to utilize the cheap electricity he got for running an agricultural station.

In response to high electricity costs and stringent policies in China, many Chinese crypto miners are moving to Iran as well as other destinations like Canada, USA, Thailand, Iceland, Cambodia, Southeast Asia, and Vietnam.

Nima Dehqan, an analyst at blockchain startup Areatak said that his firm was in consultation with foreign investors over mining in Iran. According to Dehqan, these investors hailed from countries like Ukraine, France, Spain, and Armenia.

He went ahead to mention his company’s agreement with a Spanish stakeholder to establish mining farms in the country. The project would take place in three phases namely, testing, building infrastructure, and gathering additional foreign investors.

The deteriorating economy in conjunction with the unstable Iranian currency has prompted citizens to adopt digital coins. As such, crypto-mining not only keeps money within the country but also creates currency as sanctions continue to rock the country.

Although Iran has given the go-ahead for crypto mining, it is not clear whether authorities will change their previous stand on cryptocurrencies as a means of local payments. Just recently, the central bank of Iran released a draft framework exploring crypto legality and welcomed reactions from the public.

While some are happy with the draft, the majority of the local crypto community do not approve of the specifics. This is because they feel the framework threatens the freedom of individuals and businesses in the digital market when executed in its present form. One of the activities the draft seeks to ban is the use of digital currencies for local payments.

Likewise, it authorizes crypto exchanges to get permits, therefore, creating an avenue for the government to charge rent. Another reason why local communities are against the proposal is the excessive use of the word “forbidden” which presents the danger of criminal prosecution. In a bid to rectify these clauses, community members compiled their suggestions into a document and sent it to the CBI.

From about three dozen participants, the 13-page draft document was found to have a total of 51 problems. So far, only two Iranian citizens have been put on OFAC`s sanction list. In 2018, Ali Khorashadizadeh together with Mohammad Ghorbaniyan faced OFAC’s sanctions for allegations of promoting the SamSam ransomware payments.

The two were accused of standing for two cyber-criminals that had hit more than 200 entities in a hacking scheme that lasted nearly three years. Though Ghorbaniyan owns up to enabling the payments, he denies knowing the source of these funds.

The Iranian government therefore needs to scrutinize the suggestions from the community members in a bid to enforce fair laws for mining entities and stakeholders in the wake of the country`s crypto mining approval.