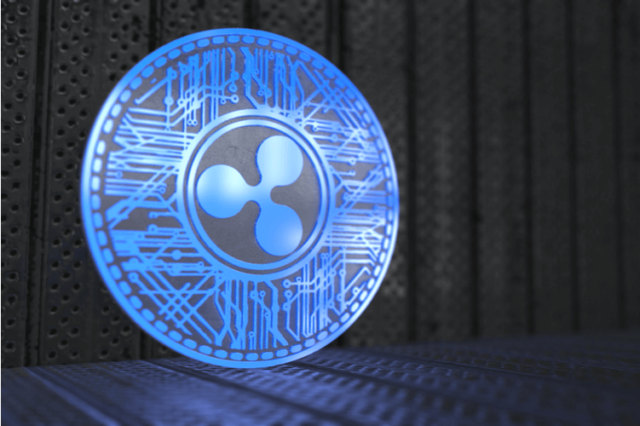 Ripple continues to expand its services, and focus on its core mission of becoming a blockchain-based protocol for fiat transfers. There is no longer any doubt that it can perform this function vastly better than the archaic SWIFT Network that it seeks to replace, and more banks continue to adopt it. Nevertheless, the XRP coin, and the company behind it, are now at a crossroads where competition is increasing, and investors are growing weary of market cap declines.

Earlier this week Santander Bank announced that it would be expanding its use of Ripple’s xCurrent network in the western hemisphere. Specifically, it is opening remittance options between Latin America and the United States via its One Pay FX mobile app. The app, which is already available in the U.K. and Spain, enables fiat to be sent nearly instantly, and for free, across borders.

The XRP token moved up on the news, and investors are no doubt pleased, but the situation is a bit more complex. Santander, along with most of Ripple’s adopters, presently use xCurrent, which does not utilize the XRP token. In fact, the vast majority of progress made by the platform is related to Ripple Labs, the company that manages the token and has been largely independent of token adoption and use.

Analysts have long held that what is good for Ripple Labs is ultimately good for holders of XRP, but this assumption may not necessarily hold true in all cases. The company owns more than half of the token supply, a portion of which it sells each month to raise revenue. These sales increase the circulating volume, thus depressing the price. XRP investors have tolerated this monthly coin dump on faith that Ripple Labs will push the token’s use by banks and other financial institutions more aggressively, but thus far this does not seem to be the case.

As for Ripple’s goal of becoming the go-to platform for cross border fiat transfers, competition is heating up. New players in this space keep emerging. In June Visa announced plans to begin offering this service, and last week South American banking services firm Bantotal did as well. These companies join IBM, JP Morgan, and a host of others both large and small that seek to gain a share of this multi-trillion dollar market. It is also worth noting that SWIFT is adapting its own platform to prevent being overtaken by these upstarts.

As Ripple makes progress it is also having to navigate a myriad of regulatory issues that could draw the ire of many crypto advocates. The company has long advocated for laws that would legitimize cryptocurrencies, and give governments greater agency over blockchain assets. This position is a stark contrast to many XRP investors, who value anonymity and private transactions. Ripple Labs has recently partnered with Confirm, a regulation technology startup, to track the XRP blockchain in an effort to fight money laundering and other illegal use.

Given the remarkable volatility of the blockchain space, Ripple’s ability to remain a top coin has been impressive. Nevertheless, it is far too early to know if it will succeed long-term. Whereas it remains fundamentally strong, it is now charged with providing a greater value to XRP holders, and demonstrating to banks that it is a better choice than its growing list of competitors.