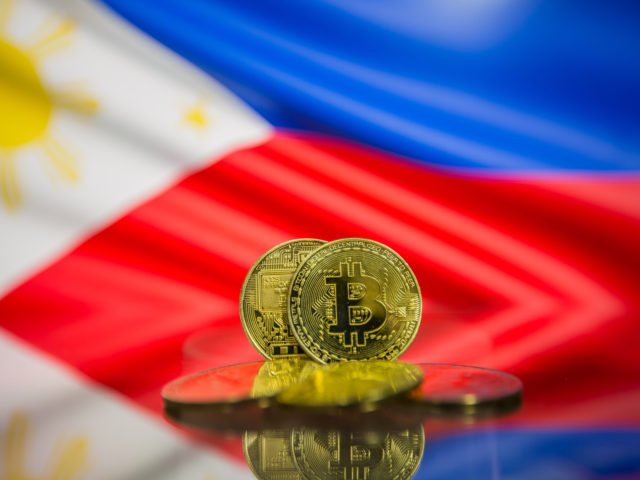 UnionBank has released a digital currency dubbed PHX. According to the Philippine Star, the Bank will use the Stable coin to carry out transactions via blockchain. Aside from being the biggest bank in the Philippines, the financial establishment is now the first in the archipelagic country to develop a cryptocurrency.

Being blockchain bank-supported, PHX`s value is assured to match the Philippine peso every time. As such, PHX has lower volatility than other cryptocurrencies such as Bitcoin.

Three live procedures have succeeded so far thanks to the institution’s i2i technology. The transactions which involved rural banks used PHX to complete purchases, conveyance and redemption processes together with domestic settlements.

De Vera also said PHX enhanced audit and compliance procedures and eliminated past reconciliation issues. For a start, i2i members can purchase this coin by debiting funds from their respective UnionBank accounts. Participants can also convert PHX to pesos and receive the money in their accounts.

In 2018, UnionBank engaged ConsenSys Solutions together with five banks in a pilot project involving blockchain technology. Dubbed project i2i, it focused on building an Ethereum-based platform for inter-rural payments that was low-cost, decentralized and real-time.

This network was supposed to work independently outside established payment structures like SWIFT  and PhilPaSS. Likewise, it would link the central bank with commercial and rural banks. This would come in handy in integrating remote banks with the local financial structure and enhancing banking for local citizens.

It is crucial to note that rural banks provide financial services in places where the primary financial system cannot reach. Because they do not belong to the local interbank network BancNet nor the Philippines Clearing House, rural banks cannot issue checks.

Henry Aguda, Tech and operations boss at UnionBank mentioned that cybersecurity equipment and data centers are some of the expenses that rural banks have to incur before they are connected to networks like SWIFT and BancNet. He said that UnionBank had allocated $3 million to project i2i.

In February 2019, UnionBank initiated plans to establish the first virtual cryptocurrency ATM. At the time, the project which was under the supervision of the central bank was expected to offer an alternative method of converting digital coins to pesos and vice versa.

The Bank actualized these plans in April 2019 when it unveiled the first machine in its Makati digital branch called “The ARK”. At the branch, customers bank using digital terminals, therefore, avoiding the loads of paperwork that come with opening accounts. The ATM not only facilitates withdrawals for members with crypto wallets but also allows instant buying and selling of currencies.

This was done in collaboration with Coins.ph, the fintech company that powered the system. Its President, Ron Hose lauded the move as a notable achievement in the fintech sphere. He also noted that the launch would pave way for banks to assume fintech roles.

Justo A. Ortiz, UnionBank`s chairperson cited client demand as the reason behind developing the teller machine. He added that the bank observes customer protection whenever it releases a new product. So to say, co-creating banking opportunities with consumers is useful in improving customer experience.

The teller machine currently only supports Bitcoin. UnionBank has not yet confirmed the addition of other cryptocurrencies. Similarly, customers must open an account at the bank and provide a government ID to access this service. UnionBank`s Bitcoin ATM becomes the second in the Philippines after BitCoiniacs, the premier ATM that was stationed in 2015 in Makati at Sunette Towers.

CEO Edwin Bautista indicated plans to put up similar ATMs after the bank obtained regulatory approval. Before an institution is given the green light to start a cryptocurrency ATM, it must notify the central bank and comply with anti-Money Laundering  (AML) laws.

Not long ago, fintech company OneConnect hinted at a joint venture with UnionBank subsidiary UBX. The collaboration aims at offering financial solutions to Micro, Small & Medium Enterprises (MSMEs) using blockchain technology. A soft launch is expected to introduce the system later in the year before its massive rollout in 2020.

Some of the services that will arise from the partnership include credit assessments, supply chain finance, anti-fraud inspections, multi-channel loan requests and loan disbursement.

Though MSMEs form the majority of Philippine businesses, the absence of credit records and financial statements complicate the process of assessing an enterprise’s creditworthiness. According to John Januszczak, UBX boss, the project’s objective is giving MSMEs the chance to advance their ventures and succeed.

Conclusively, thanks to its interoperable design, wallets and crypto platforms all over the world could end up adopting PHX in the future. This will go a long way in achieving UnionBank`s mandate of enhancing inclusive prosperity and creating innovative solutions that add value to consumers and their respective communities.