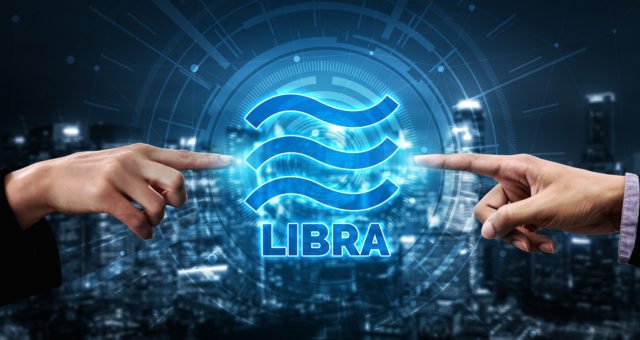 Facebook recently declared its plans to join the digital market by 2020. The move which has about twelve countries on board will see the tech giant create its own online currency named Libra. The Global coin is already ahead of other cryptocurrencies such as Ethereum and Ripple among others.

But the currency must overcome a number of regulatory and technical obstacles to succeed. In early June 2019, Facebook’s CEO Mark Zuckerberg held talks with Mark Carney, the governor of the Bank of England over the dangers and opportunities that come with creating a cryptocurrency.

Aside from talks with US treasury officers, Facebook has also other stakeholders and partners such as Visa, Western Union, PayPal and MasterCard on developing cheap and safe cash transfer systems.

How It Will Work

Dubbed Project Libra, the global cryptocurrency aims at bringing competition to banks, overcoming financial obstacles, and minimizing customer expenses. Facebook will partner with financial institutions to facilitate the conversion of traditional currencies into these digital coins. It intends to allow even the un-banked masses to shop online.

As such, users will be able to purchase goods as well as make cash transfers at lower fees without involving bank accounts. Late last year, Facebook hinted at creating a cryptocurrency that will help customers transact via WhatsApp. The messaging app is owned by Facebook Inc. alongside other Social sites like Instagram.

Recent data privacy failures by the Social Media Giant might be a stumbling block towards the digital coin’s success. The 2016 elections saw Cambridge Analytica use personal information from millions of Facebook customers for Donald Trump’s campaigns.

The Senate Banking Committee contacted Zuckerberg in May this year seeking answers on the users` security. Some of the issues raised were; How the cryptocurrency will operate, privacy and user protection measures, the kind of user information Facebook has received from financial institutions, what Facebook does with consumer data from financial companies and how the data is safeguarded, The possibility of sharing user data with third parties, Whether Facebook uses customers` credit history to target them for marketing campaigns and how Facebook ensures credit information is not used to defy the Fair Credit Reporting Act.

David Marcus, the head of Calibra wallet at Facebook had a discussion with the Senate in regards to the above concerns. Facebook has also reviewed identity checks and strategies to minimize money laundering with treasury officials. In a bid to control rapid changes in value, it is believed the social media company together with its partners associated the coin with stable currencies like the Yen, U.S. dollar and Euro.

Facebook is not new to the crypto scene. In 2009, the corporation launched its Facebook Credits while in 2011; the Social Giant had plans to launch its first-ever digital currency. The Facebook Credits` payment system allowed customers to purchase apps, as well as virtual items while playing Facebook games.

The goods included virtual animals, homes, food for your avatars, tools, weapons, and gifts. You could buy Facebook credits via mobile phone, PayPal, credit card, or offline at various outlets. Facebook Credits got into its alpha phase in May 2009, attained beta status the following year in February, and developed a final model in January 2011.

By the middle of that year, the payment system already had 15 currencies on board. Unfortunately, the currency took a bow in 2012 and all accumulated funds were changed into users` local fiat currencies.

Discussions with Crypto Firms and other Collaborators

The new global currency has inspired talks between Zuckerberg and longtime adversaries, the Winklevoss twins. The Billionaire brothers, Tyler and Cameron studied with Zuckerberg in Harvard and had once taken him to court claiming he stole their idea of a social platform.

Facebook also explored the initiative with online exchange Coinbase. In fact, the social platform recruited two former Coinbase employees into its blockchain department in May 2019. Mikheil Moucharrafie joined Facebook as a compliance officer while Jeff Cartwright assumed the role of Policy and Compliance Manager. The hiring of former PayPal boss David Marcus back in 2014 can’t go without mention. Previously a Coinbase board member, Marcus is now in charge of Facebook’s blockchain strategies.

What’s more, the platform registered a fintech company this year on May 2. The new agency, Libra Networks LLC, will offer services such as blockchain, identity management, big data, payments, data analysis, and financing. Not only that, Facebook has engaged top HFT companies Jump and DRW to ensure the currency is liquid.

Facebook has been seeking a $1 billion external funding for this venture. It had discussions with payment companies like MasterCard and Visa. The funds are expected to serve as collateral for the token. The contribution will come in handy to present the cryptocurrency as less controlled. Barclays` analyst Ross Sandler has predicted a maximum yield of up to $19 billion from the currency by 2021. Conservatively, the coin could make about $3 billion.

One of the major reasons why financial institutions would want a piece of the piece in the cryptocurrency sphere is the supporting blockchain technology. Some blockchain benefits include transparency, privacy, as well as cheap and fast money transfers across borders.

Twenty years ago, former BoE governor Lord King predicted that central banks might go out of business if people adopted digital currencies as seen today. Crypto expert David Gerard holds the opinion that Facebook will access useful spending data with a payment technology of its own, and Facebook`s Global coin may just reify this prediction.