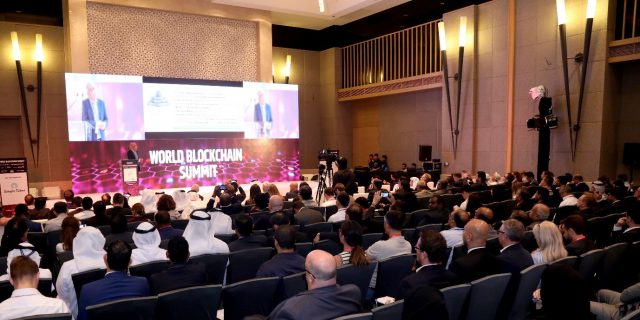 06 March 2018, Moscow: Russia has decided to take a definitive stance on blockchain technology by implanting its first few steps on unfamiliar soil, as the Russian FinTech Association (RFTA) gears up to unveil its latest trends and advances in ledger based technology for financial solutions, at World Blockchain Summit taking place in Moscow on 26 – 27 April 2018. The summit is part of a series of events hosting blockchain elites, taking place across the world and is being conducted by the global business events and consulting firm Trescon.

RFTA is trying to establish itself as a frontrunner for blockchain technology in the continent by planning, researching, designing and implementing new technological solutions to support the development of the Russian financial market.

Sergey Solonin, Chief Executive Office of RFTA had said that, “The financial system governs the entire market and productivity of a particular nation. We aim to boost the efficiency of our national resources by decentralizing the entire financial solutions and services sector through the systematic and schematic implementation of blockchain technology. We are leaving no stone unturned by devoting our attention to the retail payment-space sector as well”

The RFTA is associating with the World Blockchain Summit to garner awareness on the technology because of the stop-block which has arisen. The visible absence of regulatory trading laws and authorization boards has created an atmosphere of fear amongst traders and investors, which is proving detrimental to the entire blockchain industry.

Olga Skorobogatova, Chair of the Supervisory Board at RFTA, stated in an interview that the launch of the Russian ‘Blockchain Strategy’ has been a game changer that underlines the Russian Government’s primary intention to harness the seemingly limitless potential that blockchain technology has to offer.

Supported by RFTA and organized by Trescon, World Blockchain Summit will kick off with a keynote address by Olga Skorobogatova on ‘The Current State and Vision of the Moscow Blockchain Strategy’.

The event will also showcase various other innovations and products from exhibitors and startups in a bid to gain support for their organization. The world of blockchain technology has grown into a multi-billion dollar enigma which is changing the way governments and organizations function, forever!

Mohammed Saleem, Chief Executive Officer of Trescon, stated that the global market cap for blockchain technology is projected to hit the US$ 1 trillion mark within the next three years. “We feel we need to put our best foot forward. World Blockchain Summit Series is designed to gain awareness and support on this relatively new technology which is in the incubation stage, ready to flourish into a ‘New World Order’. So Trescon is bridging the gap by connecting governments and businesses across the world with the blockchain ecosystem through a series if elite gatherings in Russia, Singapore, Canada, Germany, Kenya, Brazil, India, Malaysia and many more”, he added.

For more information and to book tickets to the summit, visit:
https://moscow.worldblockchainsummit.com/#home

About Russian Fintech Association:
The primary goal of the Russian Fintech Association is draft regulatory initiatives, develop standards, and implement pilot projects that focus on identification, authentication and digital identity management to promote the digitalization of the Russian economy. The association’s other objectives also include exploring promising technologies like blockchain, open application program interface and remote identification technologies.

About Trescon:
Trescon is a global business events and consulting firm that provides wide range of business services to a diversified client base that includes corporations, governments and individuals. Trescon is specialized in producing highly focused B2B events that connect businesses with opportunities through conferences, road shows, expos, demand generation, investor connect and consulting services.