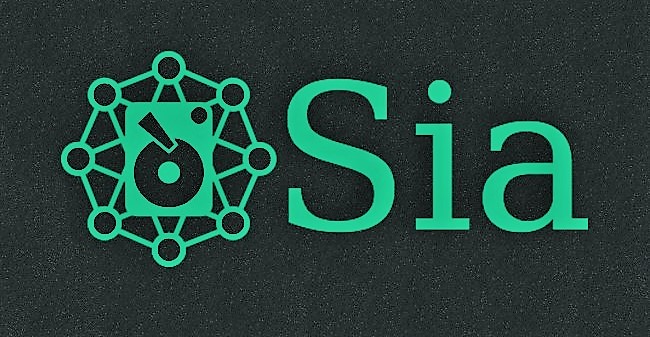 Crypto-coins have seen an explosive growth over the past year, each altcoin coming up with innovative methods of coin generation and unique services for its users. An example of such a currency is Sia, which aims to revolutionize the way digital cloud storage works.

According to its founders, Sia aims to be a “completely private, affordable and redundant medium” for storing files on the internet, utilizing the power of blockchain technologies along with sharing data servers. Unlike mining in other cryptocurrencies, Sia uses data sharing as a medium to generate new coins. The process is straightforward: install the Sia application on your computer, select how much storage you want to share on the network, and get paid for every GB utilized. At its core, Sia reduces the chance of a catastrophic server failure by distributing your data across several ‘nodes’ or computers, each keeping an encrypted copy of your files. That means that even if one of the nodes goes offline, you still have access to your files.

What’s really exciting about Sia’s proposition is its pricing. At just $2 you can obtain 1 Terabyte of redundant storage. And it’s already up and running, so you can purchase storage today!

Sia has its own cryptocurrency (called Sia coin), which recently surpassed the $0.01 mark, a commendable achievement when you compare it to other established currencies like Dogecoin, which are still well below the 1 cent/coin threshold.

Data farms have already expressed their approval of the new cloud company. Sia has partnered with Poloniex for exchange and wallet services, resulting in a recent spike in Sia blockchain transactions. The increased volume was unlike anything the company had seen before, causing temporary problems with transaction processing and wallet operations. The company was quick to respond on its blog to assure investors and potential storage seekers. Zach Herbert, VP Operations at Siacoin, made a public announcement that the team had merged “14 fixes into the Sia code in a span of two weeks” to rectify the issue. This is good sign for investors as it indicates synergy and responsibility within the company leadership.

The marketing team is proving to be very responsive to the recent closure of Amazon Drive Unlimited, a product which catered to the needs of several large businesses. Below is the statement made by the company which simply reinforces the need for de-centralized cloud storage systems:

“Amazon Drive is ultimately a product by a centralized company that can perform centralized decision making. These decisions can be made for any reason and at any time, and very often end up harming the end user in ways that can feel unexpected or unfair. When you use a centralized service like Amazon, you are trusting that their service is going to be there for you tomorrow. Amazon has bills and motivations, and at any time they can decide that it’s no longer worth providing service to you. And as we see today, this is something that does happen.”

Indeed, the statement sums up how centralized systems have the inherent risk of closure and lapse in service, a problem not faced by new storage options like Sia. Since the buyer is directly linked to the seller, and transactions are securely verified, the chance of fraud is very low. Moreover, all files are encrypted, so data farmers have no access to any private data.

Sia has also implemented safety measures to penalize ‘poor hosts’ who go offline often. All hosts must deposit 2,000 Sia coins before they can start hosting operations. A sum is deducted each time their server loses connection, to keep a tight grip on node up-times. The user has options to customize how many redundant nodes they would like to use, starting at a minimum of 4 and going to virtually unlimited, depending upon the importance of the data. The price of course, increases for each extra node, but is much cheaper than current offerings.

Verdict: Sia has shown itself to be potentially market changing, through its competitive advantage over commercial solutions in terms of both pricing and data redundancy. While the service was relatively unknown until a few months back, its user base is constantly growing (evident through the steep rise in Sia coin prices), increasing demand for more data centers and larger number of nodes. It is still in early adoption though, and it will take some time before it establishes its presence in the global cloud market. Yet, it is a product of interest to many, and I would suggest you give it a try if you are on the lookout new cloud storage services.