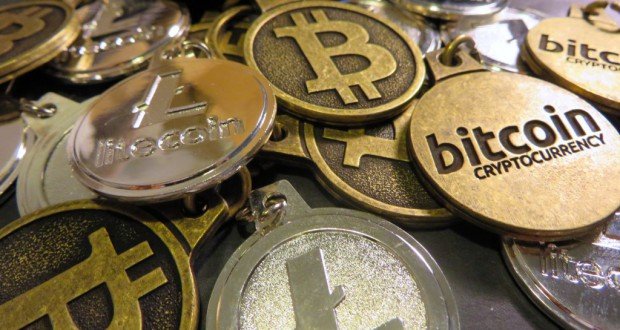 There were over 700 cryptocurrencies in existence at the end of 2016. In 2017, the trading volume for the 8-year-old cryptocurrency market has grown to exceed $100 billion. Five of the top cryptocurrencies in 2017 are Bitcoin, Litecoin, Ethereum, Ripple, and Dash. The growing popularity of cryptocurrencies has helped bolster the market value of these five coins during the first half of 2017.

Bitcoin (BTC) is the first public blockchain and was launched on January 3rd, 2009.  When Bitcoin first launched, $1 traded for over 1300 BTC.  By 2017, 1 BTC has exceeded $2,000 in value and the market cap for the flagship cryptocurrency surpassed $30 billion in May. Bitcoin’s value actually doubled within the first half of 2017. Bitcoin currently accounts for over 35 percent of the total cryptocurrency market. On the busiest days, the number of BTC transactions each day averages around 350,000.

Litecoin launched on October 7th, 2011. The market cap reached $1.2 billion in 2017 and the coin cap is currently set at 84 million LTC. Litecoin was the first altcoin to exceed $1 billion in market share. One of the main appeals for this cryptocurrency is its ability to provide faster transactions while building off the Bitcoin network protocol.

The most promising feature of Litecoin is its activation of Segregated Witness, or SegWit, an optional upgrade that utilizes a soft fork to increase the amount of transactions that can be posted on a single block. Since SegWit activation, Litecoin has seen significant market price increases and continues to be a strong substitute to Bitcoin.

Ethereum is the altcoin with the largest market cap, currently at $34 billion. This was the second altcoin to have a market cap surpass $1 billion. This cryptocurrency has been dubbed by many as ‘Bitcoin 2.0’, a platform designed to support decentralized applications and smart contracts. With new ETH releases each year, the platform has a strong following and a solid development roadmap.

In addition, ETH transaction times are fast, taking 15 seconds on average between blocks. Pricing for this cryptocurrency has increased by over 1000 percent during 2017. In conjunction with other factors like the superior technology and processing time, the ability to store innovative tech programs provides ETH with an additional edge over other digital currencies.

Ripple launched on March 1st, 2011. The market cap for Ripple hit $8.2 billion in 2017. The initial ledger for Ripple was created with 100 billion XRP. This was completed through an iterative consensus process, unlike the public ledger used for Bitcoin. This design difference allows Ripple to process transactions within a matter of seconds using far fewer computations.

Ripple operates as its own exchange so traders need not worry about exchanges falling off. This digital currency was designed to engage financial sector leaders in a next-generation payment network. During 2017, price gains built momentum for weeks before climbing over 70 percent in a single day.

DASH launched on January 18th, 2014. The market cap reached $914 million in 2017 and the unit cap is estimated to be 19 million DASH. This was one of the most popular altcoins during 2016. The primary feature for this cryptocurrency is providing more privacy and anonymity.

The ability to complete instant payments or secure in-store transaction are the other main features associated with this digital cash peer-to-peer network. In many ways, it was designed to improve upon the weaker aspects of Bitcoin. During 2017, the price for this digital currency increased by 100 percent in just two weeks.