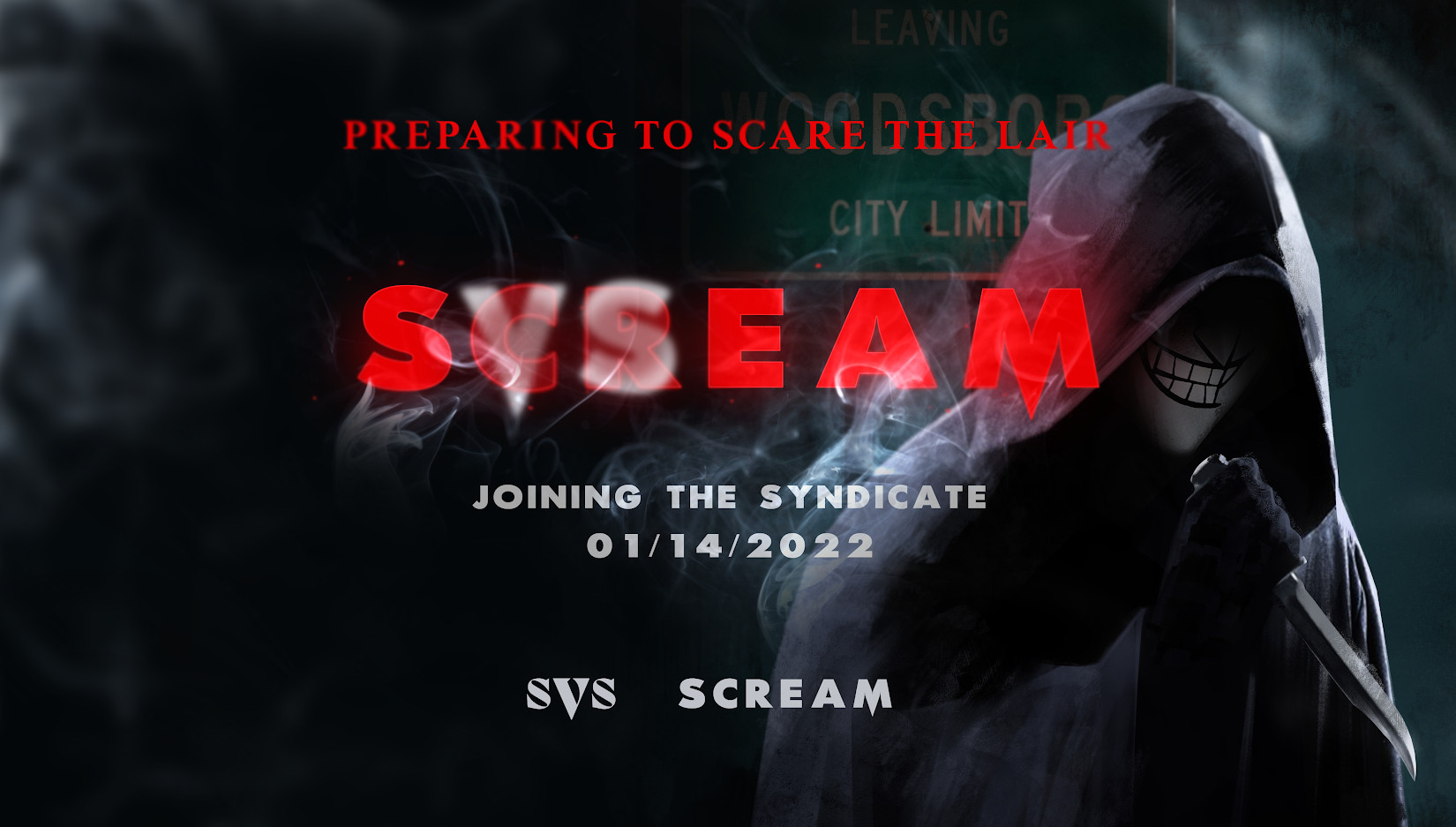 The Sneaky Vampire Syndicate (SVS), a wildly successful independent NFT project, is thrilled to announce that it has partnered with Paramount Pictures and Spyglass Media Group’s Scream. This collaboration is the first of its kind. No other NFT project has ever partnered with a major film release.

SVS and the horror film are collaborating for the promotion of the latest film in the Scream franchise – ahead of its release on January 14, 2022 and to bring real-world benefits to the community. The SVS team is constantly adding as much utility as possible to bridge the gap between the NFT space and the mainstream media.

Starting December 17, the SVS will run a fan art contest until the Blood Raffle Entry Period begins on January 4. The contest will encourage both the SVS and Scream communities to post their own fan art influenced by the collaboration using the official creative asset released as inspiration.

Throughout the duration of the contest, both SVS and @ScreamMovies social platforms will be interacting and engaging with these entries.

The Blood Raffle Entry Period is between January 4-10, 2022. This is when the new Scream film will be allocating several pairs of tickets to their advanced screenings across North America for SVS holders.

The SVS holders will be able to enter a raffle using the $BLOOD utility token for the chance to win either a pair of tickets to the advanced screenings, a limited print (out of 500) of the creative asset released on December 16th, or a free ticket to the film. Holders receive three $BLOOD tokens daily when they stake their NFTs.

Although the advanced screenings and free tickets will be exclusive to the United States, SVS holders all across the world will be able to receive the limited print upon winning.

Advance screenings will occur a few days ahead of global release. Screenings will take place in select markets, with a quantity of seats reserved exclusively for SVS holders. Winners who attend screenings will also receive a gift, containing various Scream and SVS branded merchandise items and collectibles.

About the Sneaky Vampire Syndicate

The Sneaky Vampire Syndicate (SVS) is an independent NFT project consisting of 8,888 Vampires. Created by the former Bored Ape Yacht Club artist Migwashere, each vampire is unique, hand drawn with their own characteristics and expressions. From the outset, the SVS team has continued its vision of constant innovation, community-building, and to make all aspects of the project as fair as possible.