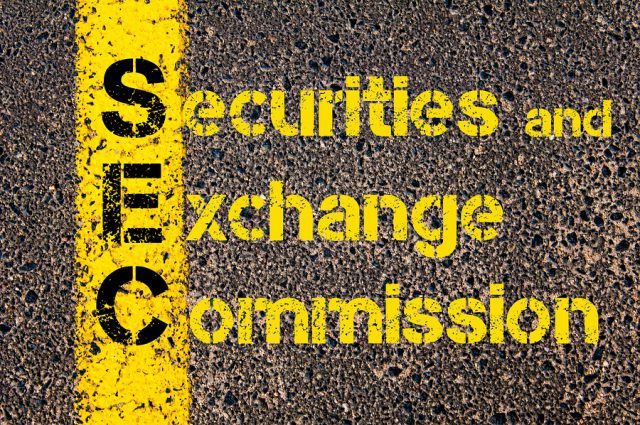 Last week the SEC raided the offices and homes of the officers of cryptocurrency startup AriseBank. AriseBank was in the middle of its ICO for its coin AriseCoin (ACO) and the SEC is arguing that the company was improperly selling a security.

All of AriseBank’s assets and hardware have been seized. CEO Jared Rice gave a recent interview describing the raid. “I got woke up with guns pointed at me. So, you know, put your hands where we can see ’em, so obviously we did. It was pretty weird. At first, we didn’t even know why they were here. They bought us outside, handcuffed us.”

This is after the Texas Department of Banking issued a Cease and Desist Order on January 5th with subsequent press release on January 26th. The commissioner, Charles G. Cooper, objected to the AriseBank using the word ‘bank’ in its name. They had until the 26th to request a hearing and, instead sent a letter back to Commissioner Cooper saying they refuse to comply with the order as they did not feel they were in violation of Texas statutes. Read the full letter here.

I’m no legal expert, nor am I going to go into the legal ramifications of this case because I’m unqualified to offer up even the most rudimentary analysis. In full disclosure I bought a small amount of the AriseBank ICO out of curiosity. What I’m interested in is the severity of the response from both the State of Texas and the SEC.

AriseBank’s stated business model of a decentralized banking, trading and forex platform is revolutionary. For that reason alone I couldn’t not put a small bet on it. But, at the same time, I also saw that it put the company squarely in the cross-hairs of the regulators. Banking is the most important pillar of the government’s power base, make no mistake about that. So, they have motive to shut down any direct challenge to the banking system before it gets even marginally capitalized.

The SEC issued a directive last year declaring most ICOs as securities and therefore are to be regulated as such. This was the reason stated for the raid. The SEC disagrees with AriseBank’s assertion that AriseCoin is a ‘utility token’ used within the AriseBank network of services. Apparently, the raid occurred without any warning from the SEC. Agents just showed up with AR-15s, handcuffed people and confiscated everything.

There is definitely a gray area here. I can see the SEC’s point but the response was designed to create maximal fear in the crypto-community, not to protect consumers. This is an organization that slaps the biggest banks in the world a 0.01% fine after they steal hundreds of billions of dollars.

They are the very definition of regulatory capture, with most employees looking to use it as a stepping stone to a big Wall St. job later. In the US, the courts will almost certainly decide in the SEC’s favor. Most investors haven’t wrapped their heads around the changes to existing business models offered up by crypto’s decentralization.

Do you really think regulators and judges who have a vested interest in maintaining the status quo are going to give this a fair hearing? So, it almost seems like AriseBank was created for the sole purpose of challenging the SEC on securities law and State banking regulators on the definition of what constitutes a bank.

They could have easily complied with the State of Texas from the outset and simply requested a hearing. That would have put off any potential action from that avenue until a hearing date was set. Their response to the State of Texas, while impassioned, was amateurish at best. It reminds me of the response from the folks at NORFED when the Liberty Dollar offices were raided back in 2007. Quoting the Constitution and invoking the concept of bank slavery is not going to win you any friends in high places.

In fact, it’s going to ensure they come down on you as hard as possible. It makes little strategic sense to immediately go into full confrontation mode with the State of Texas unless that was your plan all along.

In fact, why incorporate in the State of Texas or any US State for that matter if your goal was to build the world’s first truly decentralized bank? The US has the most hostile banking and securities laws in the world. They are the reason why many of the foreign cryptocurrency exchanges refuse to do business with American citizens. Laws like FATCA make it very expensive to cater to US clientele for overseas financial services companies.

So, it may have been the idea from the beginning that part of AriseBank’s ICO funds were to be used to fight a legal battle for existence. But, I’m just speculating here. This is a company looking to raise as much as $1 billion. And it looked like they were well on their way to doing so.

If you were ready to build a multi-billion dollar decentralized bank, the first of its kind, then why do it in the most hostile environment to this idea on the planet? And what kind of legal council would allow its client to issue the letter to the Texas Banking Commissioner that it did?

The whole thing seems fishy. But, not in a way which invites early claims that AriseBank is/was a scam. Those posts are out there, but their claims are even flimsier than the justifications for everyone’s actions in this case. No the curious case of AriseBank is that the establishment just tipped their hand as to how desperate they are to stop the crypto-revolution in its tracks before it goes much further. There will be more raids, more attacks on people’s homes for their crypto-wallet private keys, etc.

I don’t know if AriseBank is dead, but I do know that the next attempt at a decentralized bank will not underestimate the response time of those whose power they challenge.