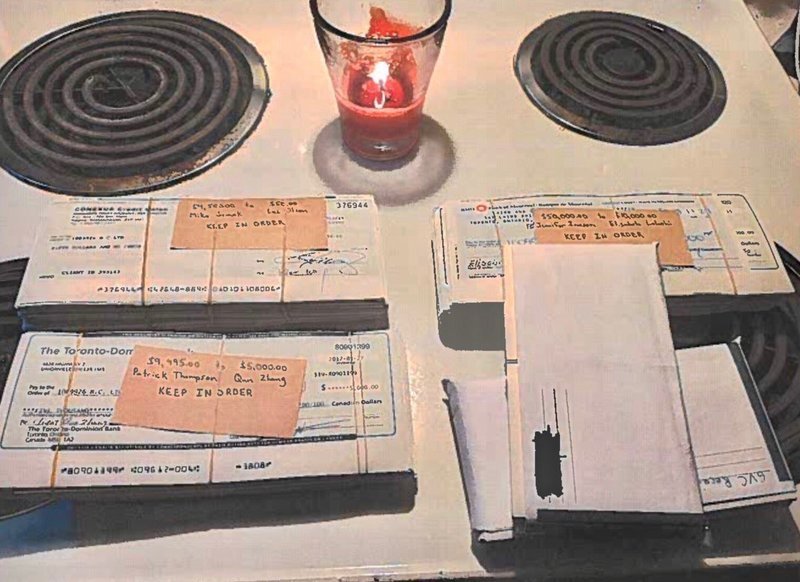 Questions surrounding the failure of QuadrigaCX continue to grow as more speculation of foul play emerges. The exchange, Canada’s largest, recently shut down after the death of its CEO, taking with it an estimated USD $190 million worth of customer’s crypto deposits. Now, amid rumors of fraud by the exchange’s operators, claims are emerging that one of its founders is a felon, previously convicted of credit card fraud and identity theft.

As previously reported by Crypto-News, after Quadriga ceased operations in December, the company asserted that the bulk of its crypto deposits were in cold wallets, accessible only to CEO Gerald Cotton, who had died while travelling in India. This claim has since been challenged by crypto experts, including Kraken CEO Jesse Powell, who reasonably note that such an obvious security oversight would be unthinkable for any exchange operator. Additionally, individuals now claim to have uncovered evidence that Litecoin is being moved out of wallets known to belong to Quadriga, which if true would prove that at least some of the so-called frozen funds are, in fact, accessible.

Unsurprisingly, accusations of an exit scam are now being made by many of Quadriga’s customers, along with calls for a thorough investigation by Canadian authorities. Although proof of theft has yet to be uncovered, evidence has emerged suggesting that co-founder Michael Patryn is, in fact, convicted felon Omar Dhanani. In 2005 Dhanani and five others pleaded guilty in a US federal court to fraud charges involving the online trafficking of personal identities and credit card information.

Although circumstantial, the evidence that “Patryn” is an alias of Dhanani includes Canadian businesses registered in the names of Patryn and Dhanani’s sibling, Nazmin. Also, in 2008 a Canadian company named Midas Gold Exchange was created under the name Omar Patryn. This company claimed to be a processor of pre-blockchain digital currencies but quickly closed amid allegations of fraud.

Curiously, speculation that Patryn and Dhanani are one and the same is not new. For example, early last year the suggestion was made in a Reddit cryptocurrency sub. Quadriga replied, calling it “hypothetical nonsense.” The Quadriga poster also claimed Patryn had left the company two years prior.

Another source of intrigue is the fact that last year Quadriga faced different troubling issues. For example, in January Canadian Imperial Bank of Commerce (CIBC) froze CAD $28 million in five accounts opened by the exchange’s payment processor. This move, which the bank claimed was due to ownership disputes, caused a number of withdrawal delays. A Canadian court eventually ordered the funds to be released to Quadriga, yet afterward customers still complained about slow withdrawals, and the company has yet to explain where this fiat currency is now being held.

Although more information has to be revealed before any final conclusions can be made, it is becoming increasingly likely that the closure of QuadrigaCX will become the largest exchange failure since the collapse of Mt. Gox in 2014. A thorough investigation by Canadian authorities appears all but certain, which may reveal whether this debacle is a case of negligent security measures, as claimed by the company, or if criminal activity has occurred. For now, there are far more questions than answers.

Meanwhile, in Halifax, the bankruptcy proceedings for Quadriga are currently ongoing in a court of law. For live reporting on this issue, you can follow the updates by CBC, who have reporters live on scene.

Editor’s Note: Most of the information in this article is based on unconfirmed sources, and should be considered speculative until more reliable information can be made available and the claims can be corroborated.

Featured Image via @JackJulian on behalf of CBC.ca