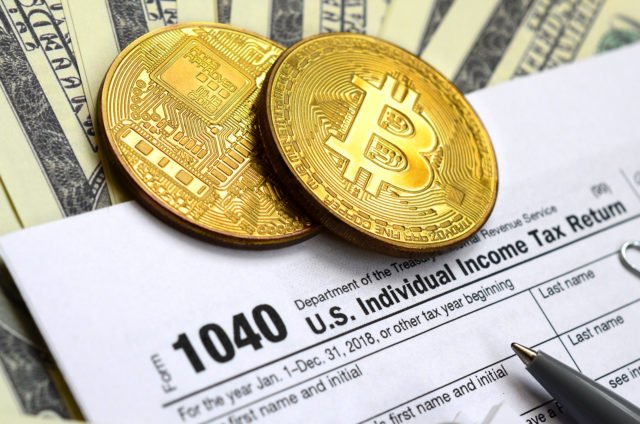 Recent events have indicated the possibility of the Token Taxonomy Act becoming law. According to Warren Davidson, the United States Congressman serving Ohio’s 8th District, there is need for regulations in the crypto sphere. He expressed his excitement on his Twitter Page about the revisions of the bipartisan bill and looked forward to its reintroduction.

Warren Davidson together with Darren Michael Soto, Florida’s Democratic Representative proposed the bill to the U.S. House of Representatives in late 2018. Even so, it goes back to the 30’s and is an attempt to amend the 1933 Act and the 1934 Act.

The Token Taxonomy Act aims to transform the trading and taxation of cryptocurrencies. By so doing, it shuts out digital tokens when defining a security. It could change the way cryptocurrencies are traded and taxed.

It is a common belief that digital tokens constitute a new asset class. When describing the new asset class, people mainly concentrate on what it is not likely to be. This is in respect to the Howey Test court case of 1946 which implies that a digital token is not a security.

The Token Taxonomy Act Broken Down

A digital token is:

(i) A unit whose creation is ‘‘in response to the verification or collection of proposed transactions”;

(ii) “pursuant to rules for the digital unit’s creation and supply that cannot be altered by a single person or group of persons under common control”; or

(iii) “as an initial allocation of digital units that will otherwise be created in accordance with clause (i) or (ii).”

For starters, it singles out mined tokens. Additionally, this principle implies a digital token is that whose regulations for creation and supply cannot be changed by an individual or group of people. Additionally, there is space for prior sales if they are in line with the stipulated guidelines.

The transaction history of a digital token

This clause describes a spread-out ledger in decentralized harmony gauged by a crypto.

A digital token “is capable of being traded or transferred between persons without an intermediate custodian.”

This simply means that there is no need for middlemen in trades involving digital currencies.

It is “not a representation of a financial interest in a company, including an ownership or debt interest or revenue share.”

This principle suggests that a digital token should never be regarded as part of a company’s stock.

How the Token Taxonomy Act Stands to Revolutionize the Digital Market

The impact the Token Taxonomy Act will have in the digital market cannot be overlooked. The need to regulate the industry to define digital currencies is essential in tackling growing blockchain economies. The bill could transform the cryptocurrency world in the following ways:

If passed, this bill grants more freedom to token investors and creators alike. This is because it provides for the distribution of new tokens provided they are not being produced as a security. As such, the United States Securities and Exchange Commission (SEC) would use it to define and identify token securities, bar the trade of those tokens and direct creators to give back untouched sums to investors.

Entry Point for the Creation of More Cryptocurrencies

Less interference in the digital market means more room for creation of new digital tokens. In fact, there is a possibility that the cryptocurrencies may rise to levels that have never been witnessed before. The existence of a robust regulatory framework would be greatly beneficial for emerging digital currencies.

This would in turn protect the different stakeholders in the industry. It would advance immense market solutions in addition to protecting consumers.  The birthing of stable coins and Initial Coin Offerings would also be better regulated.

As it stands, taxes imposed on cryptos are calculated in the same way as stocks and other properties. This means losses are not carried forward into the following year and this often leads to mishandling of cryptocurrency portfolio.

As a result, huge taxes levied on investors lead to the unpredictability in the value of this asset class notwithstanding. Tax exemptions would therefore result in higher profits.

Legally speaking, the word “security” has many definitions. The criteria used by the Token Taxonomy Act to define how and which dealing is a security include;

Most digital currencies are in line with these guidelines. And so, this bill strives to exclude digital tokens when defining securities. This would protect cryptocurrencies from being excessively controlled to allow the adoption of rising assets.

According to Congressman Darren Soto, “Providing this much needed certainty frees the SEC to perform its vital and much needed consumer protection duties of enforcement on those who have engaged in securities` fraud by making false claims or simply attempting to engage in regulatory arbitrage to circumvent securities law.”

That said, this bill seeks to not only prevent taxation of cryptos, but also offers protection against fraud.

Conclusively, without a doubt, this bipartisan bill will change the digital market from what it has been known into a new paradigm. The bill might not have all the answers but it sure is a step in the right direction.