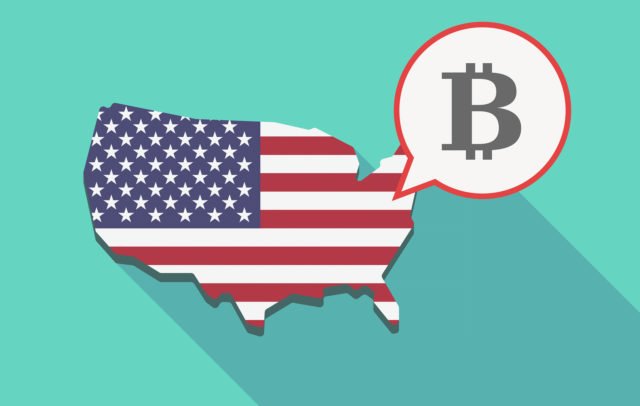 It is quite reasonable to call 2018, the blockchain year. We have been observing a wave of crypto and blockchain developments in pretty much all sectors. Let it be ICO launchings, Venezuela planning to trade its oil for Petro token, or US states competing with one another to wear the crown for the most crypto-friendly state, the progress (as a whole) is significant.

What’s more exciting is these measures are not being taken by one or two organizations. In fact, the governments are urging the residents (and even providing funds in some cases) to adopt blockchain in order to take a step into the future and bring efficiency within the markets. For instance, recently, Ohio announced that for all future tax payments, the government would consider a crypto-based model.

Regardless of how different states are progressive about the tech, the federal government seems quite confused when it comes to defining and regularizing cryptocurrencies. Unfortunately, this ‘chaotic’ approach is checking an exponential growth that could (have been) achieved in the last 12-18 months.

Due to this behavior, federal authorities are often criticized by stakeholders, crypto buffs, researchers and professors alike. Just to make things clearer for you, it is important to discuss an article, written by Carol Goforth of the University of Arkansas. It is mentioned that as of yet, there are almost 4 different digital asset regulators in the federal. Their job description covers an array of aspects, but the primary on makes them have the ‘veto’ power for issuing any digital asset in the country. The surprisingly hilarious fact is that none of them shares the same page when it comes to the interpretation of the nature of digital assets, crypto in particular.

Talking about the Securities and Exchange Commission, they regard crypto as securities, while the Internal Revenue Service considers it a property. Going further, the CFTP perceives it as a commodity and FinCEN wants to treat it as regular currency.

So that is the problem! Every one of them happens to be a major stakeholder in running America. Whom would you disapprove? Frankly, none!

It is worth mentioning that Professor Goforth is more concerned about the consolidation of these ‘powerful’ organizations. Therefore, she proposes that the government must evaluate and authorize different tokens on their utility and benefit they could bring to the market, instead of defining a hardcoded procedure for getting a token registered.

The role of the US Congress

From the recent developments and media appearances of Congress members, we are hopeful that a couple of members will lead the change and bring about a reasonable regulatory framework. It should be noted that they did not only make appearances to testify their support, but they also proposed some bills in the Congress.

For instance, Darren Soto and Ted Budd rolled out the bills which demanded the optimization of a regulatory framework in order to prevent exponential price fluctuations in the crypto industry. Both of these bills address the CFTC and the first one is all about outlining a variety of options for controlling price manipulations in the market. However, the second bill addresses the requirement to conduct a comparative study for exploring different regulatory policies, as practiced in an array of blockchain use cases.

Moreover, we have also seen that Warren Davidson, ex-Congressional Blockchain Caucus member, seems to be quite active throughout this month. At a Blockland Solution conference, Warren announced that he is in the middle of crafting and proposing a bipartisan bill. This initiative aims at creating a distinct class for the token and as a result, the government would be able to legalize ICOs efficiently. Moreover, he also proposed a solution that could be attractive to the Trump administration. Warren said in an interview that the government could think about crowdfunding the wall (on blockchain) between US and Mexico. If it happens, a token would be created for the investors and as a result, the usage of cryptocurrencies might increase.

What about the use of mere ‘blockchain’?

It seems like the sane stakeholders of the government got an answer to that question a long time ago. Since the federal authorities seem disarrayed, it is not wise to wait for them. Therefore, a handful of federal agencies have initiated their ‘in-house’ blockchain-based projects to make the procedures traceable and efficient at the same time. In fact, the usage of blockchain has turned out to be a routine matter for them.

It has also been observed that the DHS took a keen interest in two blockchain use cases relevant to its scope. The first one allowed them to conduct forensic analysis. Basically, the aim was to facilitate the authorities in tracking ‘privacy’ coins, such as Zcash and Monero. As of yet, only a limited scale of scrutiny is available for crypto transactions and the DHS wants to ensure that these privacy coins do not enable criminals to carry out any illegal activity and get away in the dark.

The division is also willing to extend the blockchain usage to its subsidiaries, including the customs, immigration services, and transportation administration. This solution is aimed at developing a product to detect any fraud or forgery in licensing and certification.

The military is also working on different blockchain use cases quite keenly and of course, they are more attracted to the blockchain.