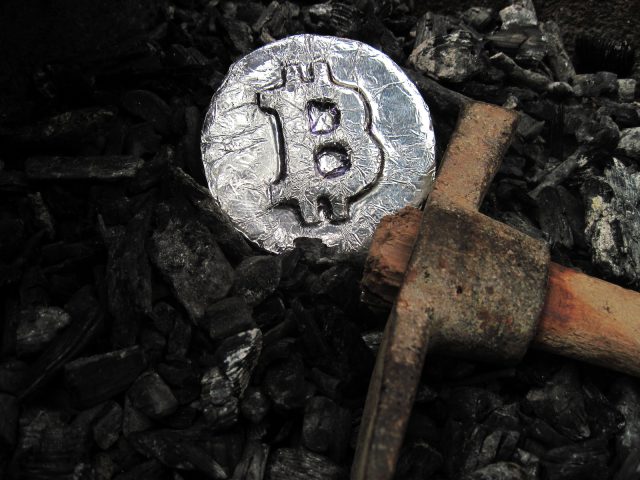 2017 will likely be remembered as the Year of the Blockchain. There’s no doubt in my mind that blockchain technology is here to stay and will alter the way we organize and distribute capital within the global society.

But, at the same time, as I look around (admittedly within my own myopia) I see the explosion of blockchain projects and wonder about their usefulness. While everyone is looking for new ways to utilize the blockchain I don’t see a lot of people asking whether we should be.

Aren’t there use-cases where a simple encrypted database would be better, faster and cheaper than creating a blockchain to handle that function? I’m not sure I have an answer to that question but I think it’s one we should be asking whenever we are looking at new projects.

Because, it’s easy to say, “But it’s Blockchain!” as if that is the sole reason for a project’s existence. Case in point, any publicly listed company that adds blockchain to their name or announces some blockchain-based product to their offerings has been immediately rewarded with scads of speculative money.

How many crypto-boiler rooms are out there now trying to convince people this is coin is ‘the next big thing?” I question the motives (and nee the sanity) of John McAfee’s “Coin of the Day” gig he’s been doing on Twitter.

When you have the kind of power within the space that McAfee has, using that power responsibly is paramount. I mean, really, isn’t Jim Cramer bad enough? At least you don’t see Cramer out there boiler-rooming a bunch of thinly-traded penny stocks on CNBC.

It’s behavior like this that will invite SEC attention, if not to McAfee himself then the space in general.

Moreover, the plethora of needless hard forks of Bitcoin itself, the obvious scam-coins and the pure mania inherent in certain projects has me worried that a lot of this activity will ultimately do much more harm than good.

We know that the governments and the rentier class they enable in banking, finance, real estate and commodity brokerage are bitter about having missed the cryptocurrency boat to this point. Every day we hear another “important” hedge fund manager or government official chime in with why cryptocurrencies are worthless and/or need to be regulated.

This week it’s Morgan Stanley’s James Faucette chiming in with the real value of Bitcoin may be zero. His reasons? No real-world use-cases like gold and Bitcoin doesn’t pay interest.

And he gets paid very well to promulgate such drivel.

Those are simply sour grapes. It’s the same from the precious metals community, having waded through the morass of a grinding six-year bull market only to see more money made in the last six months in cryptos that was made through the entire decade-long gold bull market from 2002 to 2011.

So, as we reach the end of 2017 and look forward to what’s on the horizon in 2018 the crypto-space is vibrant and alive with energy and creativity not seen since the 1990’s. Billions in working capital are available to start-up companies solving technical problems at a rate almost no one can keep up with.

It is the essence of free-market capitalism writ large and, in my opinion, it’s glorious.

But, at the same time, we see the all too predictable instances of graft, greed, and envy attempting to pull the space back down to earth. And every misstep the industry makes in 2018 will be blasted to the heavens by the media attempting to keep the prices under control so the James Faucettes of the world can catch up.

So, it is imperative that as investors we take the time to do the kind of due diligence necessary to separate the serious projects attempting to solve real-world problems from the hastily thrown together ICO’s of dubious merit, well-intentioned or otherwise.

I’m saying this to myself as much to all of you. I’m a blue skies kinda guy when it comes to technology or news that moves the world forward on the path away from cheap authority towards personal growth through freedom.

As a market analyst, I truly believe we are just beginning to see the ‘third wave’ of investment funds coming into the crypto-space. And market capitalizations in 2018 could easily top $2 trillion.

But, will those valuations be justified in a space where governments and banks are moving everyday to bind down the use-cases for cryptos through badly-written legislation designed to do just that?

Remember what I said about envy. Charles Hugh Smith has a great commentary out now which, I think, reveals the essence of where the market is in 2018.

The problem the establishment has with cryptocurrencies, he says, is that the wrong people are getting rich. Internet data analyst and crypto-enthusiast Clif High has repeatedly said months ago, when Bitcoin was below $3000, that he sees this as the greatest wealth transfer from the governing class to the people the world has ever seen.

We as enthusiasts, investors, developers, and traders have to be aware that the real pushback against cryptocurrencies has yet to begin. And that means keeping our emotions in check and focusing on the projects that have the potential to build the right foundation for the crypto-economy going forward.

While there are a lot of great projects out there doing very cool things I have to wonder if they are putting the cart before the horse. Do we need to be tokenizing everything now when we don’t have a practical infrastructure that can handle the traffic density associated with simply buying and selling tokens?

All of this money is going in without an exit strategy. That’s a recipe for the Empire Striking Back.

For me, that means putting my capital and faith in the projects with serious development teams that have unique technology to build the foundation of the future. I’ve built a house. I know how hard that process is.

And it requires time and effort to get it right. Because with a poor foundation and plan, the rest of it simply collapses with the slightest push.