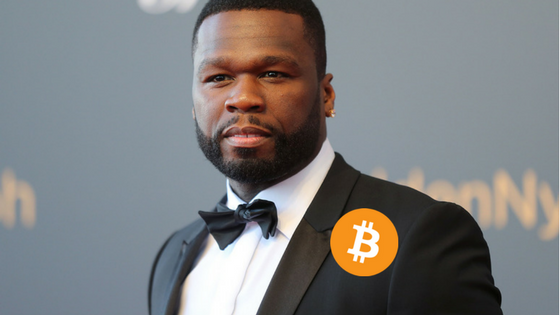 It’s not the first time we are going to talk about 50 Cent, a.k.a. Curtis James Jackson III. We talked about him (and how he made this now popularized fortune) in one of our Bitcoin History Articles, where we said that 50 Cent, for his acceptance of Bitcoin as a payment option for his album “Animal Ambitions” is to be applauded. It got mentioned in a USA Today Article at the time.

He is certainly smiling right now, as he recently discovered that whatever he made years ago selling this album, is now worth more than $8 million USD. His tweet below sparked a wide national news coverage of the discovery.

The exclusive information first came from an article written by celebrity news website TMZ, where they explain the situation. 50 Cent forgets all about the Bitcoin he made in 2014 for his album sales, wind up to 2018 when he remembers. Except the price isn’t $662 per Bitcoin, but rather ~$11,230.

Growing almost seventeen times in a period of 4 years, Bitcoin made 50 Cent a multi-millionaire once again. His total crypto sales for the album amounted to a sum of $400.000 USD, or roughly 700 BTC. That is worth $7.861.000 USD at the price mentioned above. It’s a great jump and an interesting story to behold.

There are greater implications in this story. 50 Cent is an inspiration to many people around the world, his fans that are listening to his music, following his life, and even modeling their life and behaviors to emulate him, as an idol.

Imagine what will go through the minds of his fans, when they find out that 50 Cent is a Bitcoin Millionaire…

Some of them might say “What the hell is Bitcoin?”, because there are people that don’t even know about cryptocurrency, as much as that is hard to believe. As true 50 Cent fans, they are now directly motivated to pursue knowledge of what is Bitcoin, and what is cryptocurrency because they would like to know how their favorite rapper made so much money using this digital currency.

Hip-hop is a big scene, and 50 Cent is a very important person in that scene. This news is very important for Bitcoin, as it opens the doors for different types of projects to appear. My sincere hope is that we will see somebody in this scene coming up with a blockchain-based idea that solves some issue or improves a situation for producers, musicians, rappers, or fans.

Will 50 Cent create a blockchain project?

Considering Curtis’s entrepreneurial nature, he is the prime candidate for the Hip Hop music scene to come up with the idea of using blockchain technology to make his life better, the life of a significant other, or a group of people he cares about.

Will Curtis start an ICO/Blockchain company, and what will be the main function of the company?