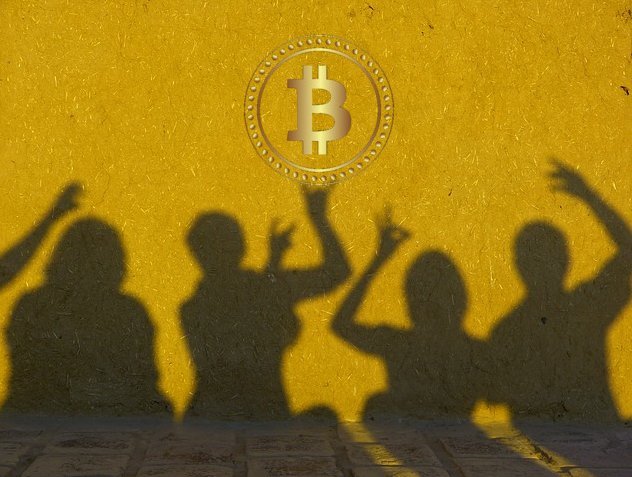 Bitcoin’s early emergence was little short of a libertarian’s dream. It was a new kind of money and it deliberately excluded the disgraced banking institution. It was touted as a public, open-sourced way of paying quickly, cheaply, without ever having to trust anyone.

It would take years before Bitcoin reached the lips of the “mainstream public”. But when it did, Bitcoin became even hipper, with endorsements from the likes of Ashton Kutcher, Lily Allen, ex Spice Girl Mel B and even Snoop Dogg.

Reputation by association
However, it wasn’t blockchain technology or cryptographic security that first brought it fame. Sure, people bought pizzas and coffee with it. Instead, it was Bitcoin’s publicised association with the so-called dark web that shoved the cryptocurrency straight into the public eye.

When the FBI shut down dark market Silk Road in 2013, the media were introduced to Bitcoin. Over 144,000 BTC were seized, worth some $28 million at the time. Never mind that other currencies were also used to trade drugs, weapons and identities illegally on Silk Road. Never mind that its administrators claimed higher ideological purposes.

All this despite efforts by organisations like the Bitcoin Association to “improve understanding of Bitcoin and related technologies with regulators, charities, businesses, media and citizens”.

Bitcoin’s dark market betrayal
Dark market traders loved Bitcoin. It was suitable for use over TOR, payments were irreversible, and it was easy enough to obtain and cash out without having to go through verifications at some exchanges.

But the early notion of Bitcoin’s ability to hide their tracks proved to be their downfall. Bitcoin transactions, permanently stored on its public network, allowed law enforcement to track and follow transactions until identities and IP locations were discovered. Honeypots were set up and previously hidden traders were discovered and arrested.

Post Silk Road, Dutch enforcement made quick work of Utopia, Black Goblin Market and CannabisRoad in 2014. This was quickly followed by a joint US and UK strike that took down 27 sites including Silk Road 2.0. Europol joined in on the action, shutting down Babylon and the Italian Darknet Community in 2015 and 2016.

More recently in 2017, worldwide Operation Bayonet’s sting claimed its biggest law enforcement victory yet, seizing Alphabay and Hansa in a sweep that arrested many and displaced thousands of darknet traders.

Flirting with anonymous alternative cryptocurrencies and reeling from multiple disruptions, dark markets sought to find a successor to Bitcoin, one that did not have its pseudo-anonymous flaws. Monero would prove to be the new kid on the block, with dark markets enamored with it’s focus on protecting user privacy.

When Alphabay announcement in August 2016 that it would accept it as an alternative to Bitcoin, Monero’s price shot up from a mere 50 cents to about $12. This was the new hyper anonymous crypto: private, untraceable, secret.

With fancy features such as stealth addresses, ring signatures and ring confidential transactions, Monero theoretically made it extremely difficult to farm any information from meta data, even with the latest concepts of “big data” analyses.

Bitcoin’s dark market twilight
There is already evidence that dark markets are shying away from Bitcoin, as enforcement abilities become more sophisticated and attuned towards tracking Bitcoin. The Blockchain Intelligence Group estimated that illegal transactions in Bitcoin declined from 50% to 20% of total volume in 2016. That volume, according to the same source, has transferred to Monero and Ethereum.

And there are other cryptocurrencies racing to be the next darling of the dark market. Zcash that launched in 2016 with claims of zero traceability through zk-SNARK encryption and Dash with its anonymising Darksend mixing Masternodes, are only two.

Bitcoin may still be accepted on many dark markets, but its time among the shadows is now approaching the end.