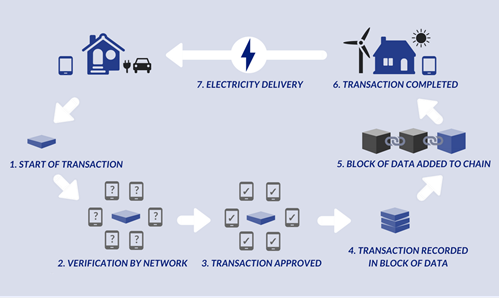 Bitcoin’s decentralized nature can in part be ascribed to the fact that it’s not released to the market through a central institution or procedure. Bitcoin was a first in successfully implementing a “mining technology” for digital currency distribution. Nowadays, bitcoin mining networks consists of the strongest computing network in the world, although with computing machines only useful in mining bitcoin. This’s brought many environmentally conscious organizations to criticize bitcoin mining.

From Hobby to Arms Race

Mining more or less started out as a hobby for a very limited number of people at the beginning of bitcoin life. From the already few bitcoin enthusiasts back at the time, only the ones that had very specific hardware knowledge could develop more efficient miners than the publicly available one. Back then though, the economic incentive was non existent as bitcoin wasn’t even traded for FIAT.

As bitcoin grew in popularity, and eventually as a speculative tool, so did profitability along with its rising price. Numerous companies started developing ASICS for bitcoin mining to satisfy the massive demand at the time. It was around 2013 that it became obvious what an arms race bitcoin mining was becoming. Ever since, bitcoin mining keeps becoming more and more widespread as bitcoin grows. Profitability is a powerful incentive for investors to milk any potential profits that could come out of bitcoin mining.

Scaling up for Efficiency

It’s easy to understand that it wouldn’t be that easy for individual miners to secure cheaper electricity for themselves. Power companies aren’t run with people that are running power hungry “profit generating” machines at home. Naturally, operations of bitcoin mining were scaled up. Today, happens to a point that companies are building facilities with the sole purpose of using them as data centers specifically to mine bitcoin.

Home mining might not be that efficient in our days but it certainly isn’t dead. Certain miners are still profitable, and while at small numbers aren’t paying all that much, many bitcoin enthusiasts aren’t seeing mining as an investment, yet they keep running mining equipment in their homes as a hobby or simply to support bitcoin in the spirit of further decentralization.

While states and organisations all over the world are trying to promote cutting the toll on the environment from electricity, bitcoin’s nature that has its mining network evergrowing doesn’t allow it to reduce consumption. Efficiency is only leading to bitcoin mining chips consuming less power for what they do but doesn’t help shrink the network’s total power consumption through time as its gross size only keeps growing.

Recently published research indicated that Bitcoin Could Consume as Much Electricity as Denmark by 2020. In a world where many parties are striving to do their best in reducing humanity’s carbon footprint, this could certainly be bad publicity for bitcoin. Certain Chinese bitcoin companies are trying to push a more environmentally friendly narrative for their operations. Bitcoiners are especially skeptical of such claims though, and that’s understanding. Investing in renewable energy facilities along with bitcoin mining equipment would only increase risk and make a potential return of investment for the operation take longer.

The Other Side of the Coin

In a recent UN meeting, it was recognized that blockchain technology can boost climate action. A post published on the website of the United Nations Framework Convention on Climate Change details how a public ledger could be useful in the trade of new, renewable energy. What was concluded though, is that the blockchain concept needs more work to support such ideas.

Ultimately, it’s hard to miss the impact bitcoin’s large mining network can have on the environment. In a world that’s starting to become affected by the effects of climate change, bitcoin’s mining industry wouldn’t remain unaffected by the backlash. On the other hard, one also shouldn’t be dismissive of the potential bitcoin’s technology actually has to help concepts in support of environmentally conscious solutions.