4 min readBitcoin is Growing Rapidly in the Developing World, But Who is Using It? 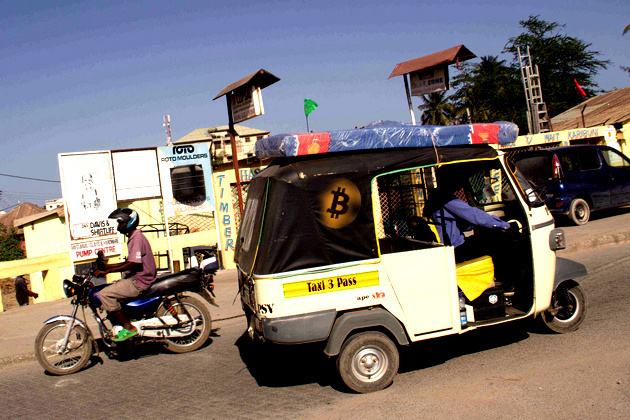 Bitcoin’s ability to help the economies of the developing world represents one of the cryptocurrency’s most promising characteristics. Advocates point to the low cost of remittances, the ability to provide financial services to the unbanked, and even the use of Bitcoin as a humanitarian aid as just a few of the means by which Bitcoin can benefit the global poor. Whereas the potential of Bitcoin in these areas is very real, of equal promise is its use by the middle and upper classes in developing nations. In truth, the benefits cryptocurrency offers this population may hold the key to widespread adoption in the developing world, as well as to the overall economic transformation this technology promises to create.

The use of cryptocurrency in the developing world continues to increase rapidly, and not surprisingly this use is providing numerous opportunities to millions of the globally disadvantaged. Africa, for example, is experiencing exponential growth in Bitcoin use, alongside remarkable growth in access to smartphones and the Internet. Other emerging realms such as South America and South Asia are experiencing similar trends.

What may be surprising is the fact that it is not the poorest citizens of underdeveloped states and regions that have embraced cryptocurrency most enthusiastically. Understanding this fact is no trivial matter, as it is the middle classes that hold the key to modernizing and improving the economies of underdeveloped nations.

To see who in the underdeveloped world is using cryptocurrency, one need only look at the most common uses of it to-date in these nations. The remittance industry, into which cryptocurrency is rapidly advancing, is being used extensively by those who, if perhaps not wealthy, are are upwardly mobile and economically stable. A case-in-point is Nigerian-based remittance company Bitpesa, which acknowledges that a substantial number of its users are using its service to send money to themselves. More importantly, Bitpesa’s most recent developments involve services such as managing payrolls, enabling global investment and financing, and facilitating payments between businesses. All of these cater to those Africans with above-average wealth and education. Similar scenarios can be found with other cryptocurrency companies based in other parts of the developing world.

These companies understand that the poorer nations of the world do, in fact, have a middle class worth investing in. As the people who build businesses, and have a strong vested interest in economic growth and stability, these citizens will have a much greater impact on the adoption of cryptocurrency and the benefits it provides. For example, a businessman who chooses to pay his workers in Bitcoin plays a much greater role in spreading its use than a migrant worker who merely uses a blockchain-based remittance to save on the transaction fees.

Citizens of developing nations now invest heavily in cryptocurrency during periods of economic or political crisis. Presently in Venezuela, Bitcoin investment has surged amid a failing economy and currency collapse. This investment is mostly by those with wealth to preserve, and is hastened by the government’s draconian attempts to prevent its citizens from converting their Bolivars into a more stable fiat currency. Similar scenarios are playing out in other economically unstable nations such as Argentina and Greece. No doubt these same Bitcoin investors will continue to embrace it after their economies stabilize, which will lead to an uptick in overall use.

It is not surprising that the nations that remain hostile to cryptocurrency are almost entirely from the developing world. The leaders of these states no doubt understand that digital currency creates an easy path for the affluent population to divest itself from their nations’ unstable and inflation-prone currencies. Whereas the poor in these nations can theoretically do the same, it is the middle and upper classes that invest and hold wealth, thus underpinning a nation’s economic foundation. These prosperous citizens are far more attracted to cryptocurrency and the control it gives them over their finances.

This is not to say that the cryptocurrency plays an insignificant role in the lives of the global poor. The world’s poorest are embracing it at an impressive pace. Rather, its use by them is directly tied to its adoption by their nations’ better off. They may be its users, but the middle and upper classes will be the innovators and promoters. This is clearly what is currently happening, and will likely continue as cryptocurrency becomes more integrated into the global economy.