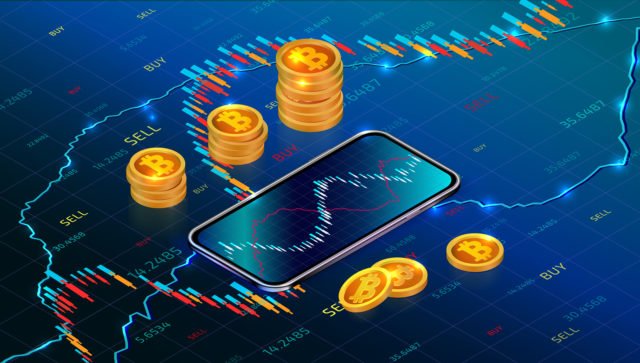 When Bitcoin broke USD $10,000 on June 24 analysts were quick to declare the Cryptocurrency Winter over. When it broke $14,000 days later, most were claiming that a new bull market had begun. Since that point, however, the Bitcoin price has slowly slid down. There is no single reason for this decline, as many factors affecting the entire crypto space are at play. Nevertheless, although some investors may be frustrated at Bitcoin’s failure to continue its upward movement, there are many reasons to be optimistic moving forward.

Regardless of what one may think of the current market conditions, by any objective measure crypto is having a very good year. Development is at an all-time high, and a number of platforms are making remarkable progress in terms of roadmap completion, institutional partnerships, and adoption. There is also much more awareness of blockchain assets by the public. For example, 89 percent of Americans are now familiar with Bitcoin, up from 70 percent a year ago. Also, eleven percent of Americans now own cryptocurrency, up from eight percent a year ago.

It is easy to assume that these overall positive moves would be reflected by continued growth in market cap, but a deeper analysis indicates that this need not be the case. Regardless of the impressive maturation of blockchain technology, the use of Bitcoin, or other cryptos, for purchases remains quite low, as the vast majority of crypto owners are extremely reluctant to spend it. This fact needs to change for values to substantially increase.

Also, many potential crypto investors remain frustrated from the price declines that began in early 2018. Given that many experienced significant loss, It is reasonable to assume that they are reluctant to re-enter the market at this time. This reticence is especially true for institutional investors, who are eager to move crypto into their portfolios, but are obligated to exercise caution when taking risks with their client’s assets.

Looking forward, one central fact that must be considered is that Bitcoin and altcoin values are linked. Whereas it is true that altcoin prices still tend to dip when Bitcoin advances, it is folly to assume that Bitcoin will significantly rise in value without altcoins doing the same. This fact was, of course, true during the 2017 bull run as it was earlier this year when Bitcoin started its recovery. Simply put, Bitcoin is far from the only promising cryptocurrency, and long-term it will not be the only one that reaches mainstream adoption.

It is also true that the present slip in Bitcoin’s price follows a rather normal path for assets in traditional commodity markets. Simply put, rapid increases in value are frequently followed by corrections. Thus, Bitcoin, and the overall crypto market, is following a predictable pattern. How far market values will decline before the recovery begins again is, of course, unknown.

Although many crypto advocates are eagerly hoping for the bull market to return, it is perhaps better to encourage the overall development of worthwhile blockchain platforms. Despite what appears to be market stagnation and decline, the situation is actually quite healthy. The Blockchain Revolution is well underway, and mass use is inevitable. Thus, valuations will inevitably rebound to reflect how platforms are embraced and adopted.