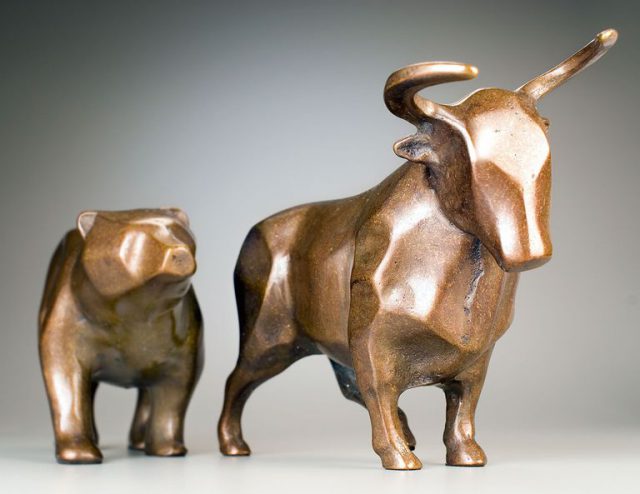 Bitcoin’s price is surely affected by volatility in spite of trading volumes going down in comparison to past trading sessions. BTC/USD markets hardly even breached below $915 only for a top above $920 to be reached only hours later. Pressure at either direction doesn’t seem clear at the point but it doesn’t seem like specific support levels have been identified either. 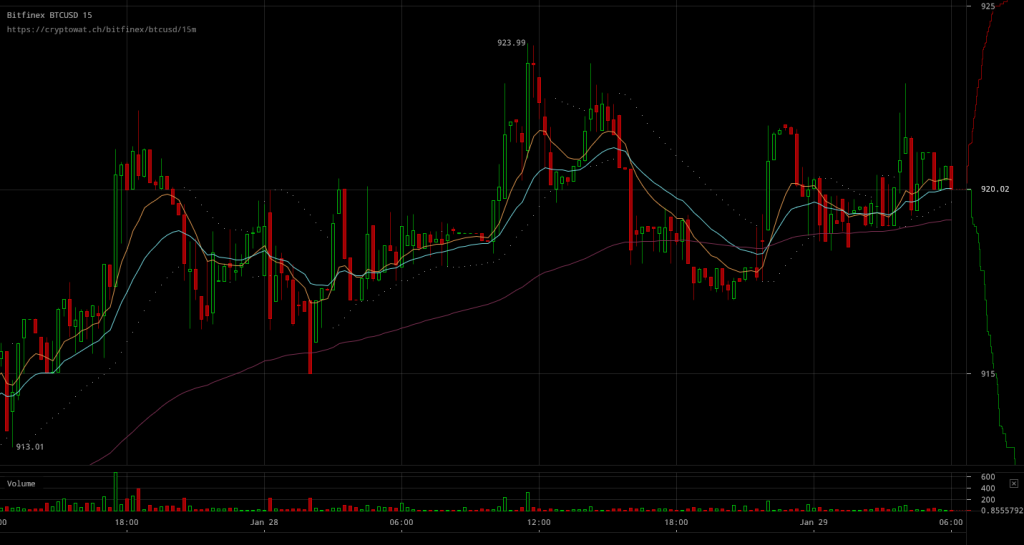 Bitfinex BTC/USD charts are highlighting how the market is currently easily affected by even the mildest orders. Movements at either direction seem easy to take place, yet no significant movement has taken place yet. The lack of decisiveness goes to show that traders might be conserving their energy for the next rise in trading volumes.

Whilst markets are ruled by uncertainty as to what trend could be following next, the significant development to follow could certainly take a leading role in the market. The current outlook of the market certainly doesn’t point to a certain direction but surely does set for a good base for positive developments. The lack negativity after a recovery from sub $915 price levels from preceding trading sessions is surely a development overshadowing negativity. 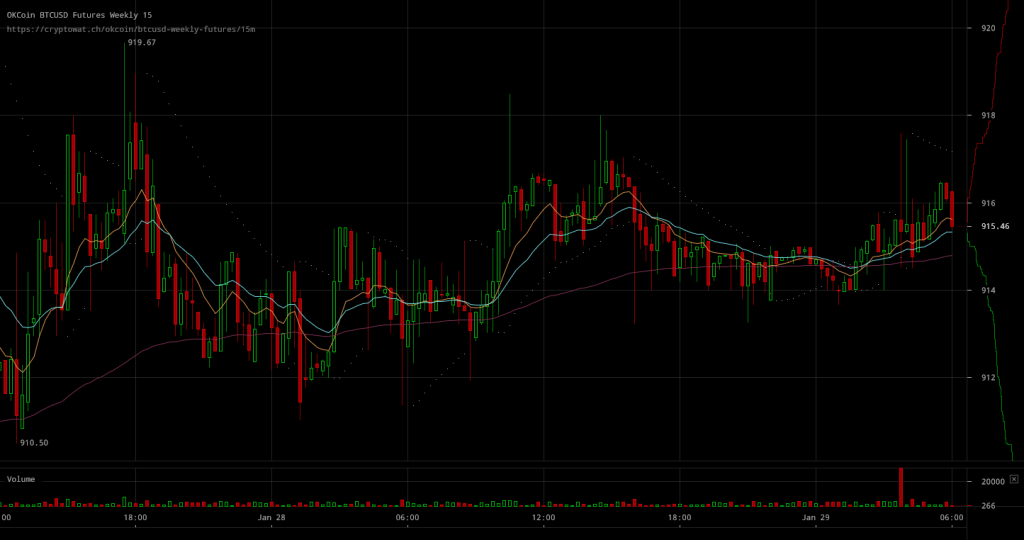 Futures markets are surely on the more conservative end of the equation. As the above OKCoin BTC/USD weekly futures chart indicates, traders are setting futures rates slightly below live BTC/USD rates. Yet this isn’t uncommon amid the general market sentiment as of lately. The fact that the margin separating the two isn’t great probably means that a positive overturn could be welcomed by bitcoin markets.