5 min readHere’s Why Your Bitcoin Transaction is Stuck 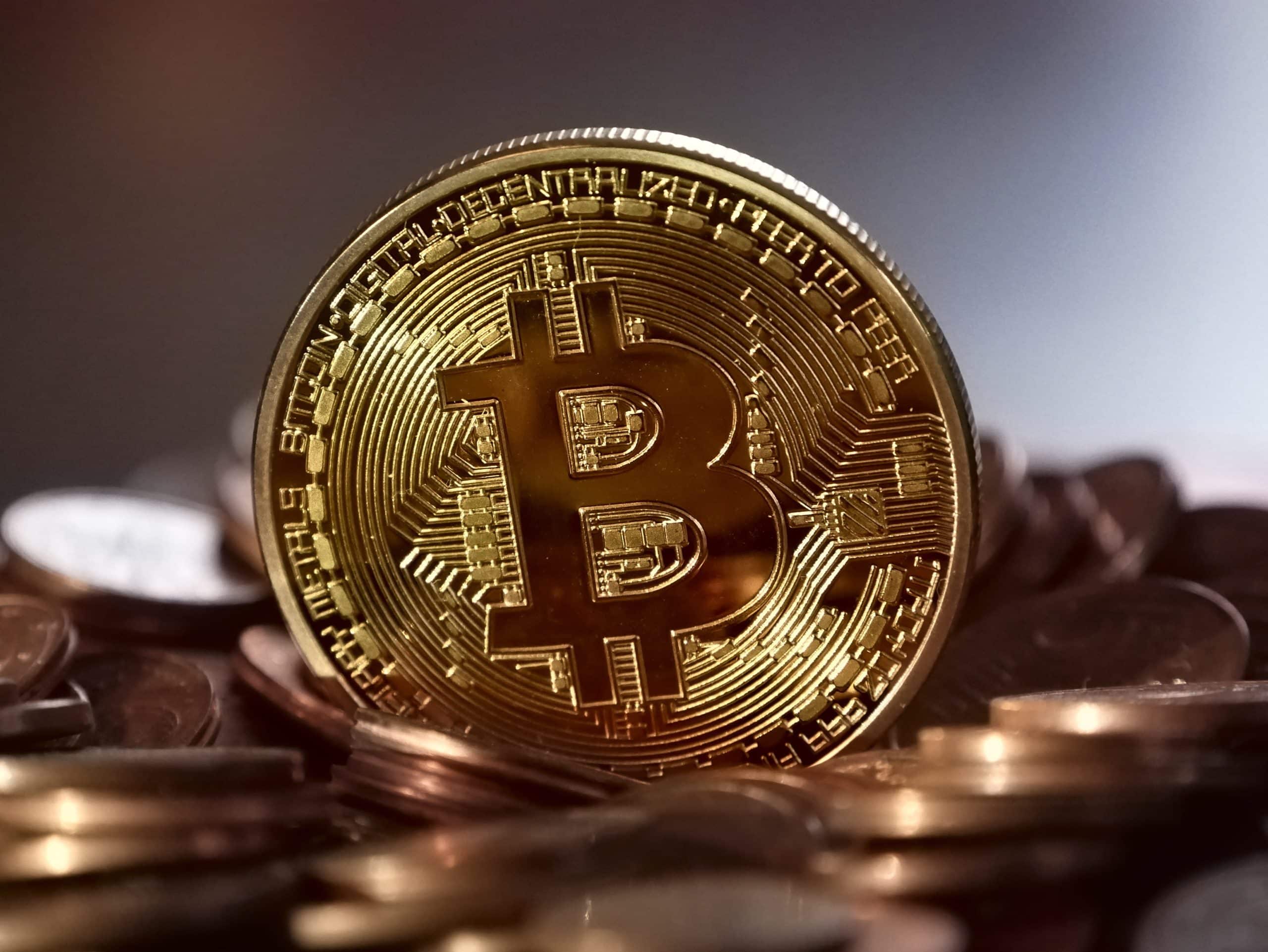 Bitcoin has transactional limits to what it can achieve, so when there is a high demand for the cryptocurrency, the network clogs up, causing mempool spikes.

The mempool is where unconfirmed transactions await their inclusion in the blockchain.

During normal operations, Bitcoin is capable of keeping up with the demands. Bitcoin transactions naturally gather in the mempool before miners record them on the blockchain.

Bitcoin’s popularity is the most influential factor in the equation. When Bitcoin is not trending, the blockchain usually avoids overflowing the mempool and regularly zeroes out the mempool. However, when Bitcoin is receiving a lot of hype, people make more transactions, pushing the block size limits beyond what is possible in one block and a mempool spike is inevitable.

Mempool spikes have been a long-standing issue with great efforts made by Bitcoin Core developers to minimize their effects through updates such as Segwit.

However, demand-related mempool spikes are difficult to combat. If you need to make an urgent transaction during a mempool spike, you have to pay more than the majority to get in the next block.

The Bitcoin network is constantly changing a few parameters to preserve the ten minute average for blocks. The main parameter called mining difficulty determines the validity of cryptographic results produced by miners. Miners must find a valid result before they can write data on the blockchain.

Mempool spikes provide additional incentives for miners to return to the network as they increase the rewards for solving a block. Users are competing to get their transactions on the next block, each paying more in transaction fees.

Let’s consider this short case study we did on a mempool spike that happened in early November 2020.

Bitcoin’s network experienced a mempool spike as a result of migrating hashpower from Sichuan to the rest of China and beyond. The lowest hashrate recorded in the past 30 days at the time was between October 26th and November 4th. During the same period, transactions kept on coming, and the lower block throughput resulted in a major mempool spike on Bitcoin’s network.

Miners leaving the network for the expected physical migration, left the network hanging with a power vacuum, resulting in hundreds of thousands of transactions filling up in Bitcoin’s mempool, awaiting confirmation. 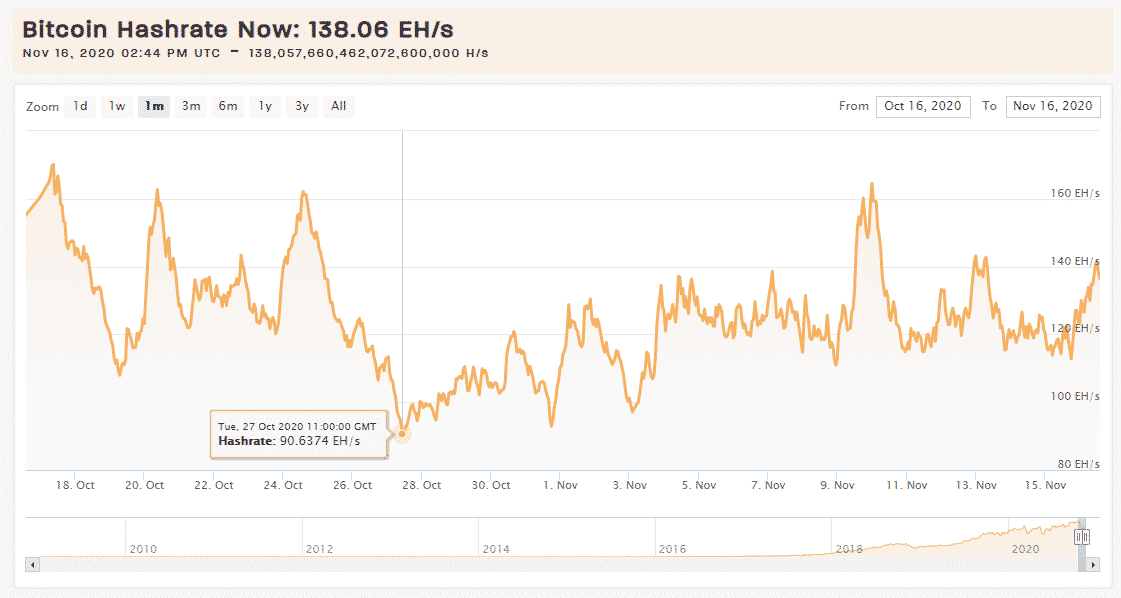 Crypto news media outlets quickly picked up on the development, noticing the amount of activity on the network being the highest it’s been since 2017. Users on Twitter also reacted noticing the slow confirmation times, and bloated mempool.

Jameson Lopp, a former Bitcoin Core developer noticed that transactions in the mempool require additional memory due to the (unserialized) data structures used to store them. This resulted in nodes rejecting relaying some transactions by default, due to low transaction fees.

The most notable peak in the period between October 28th and November 4th was 151,842 simultaneously unconfirmed transactions, totaling 54.255 BTC in transaction fees, or rather 35,731 satoshis on average per transaction.

Dealing with Mempool spikes as a Bitcoin user? 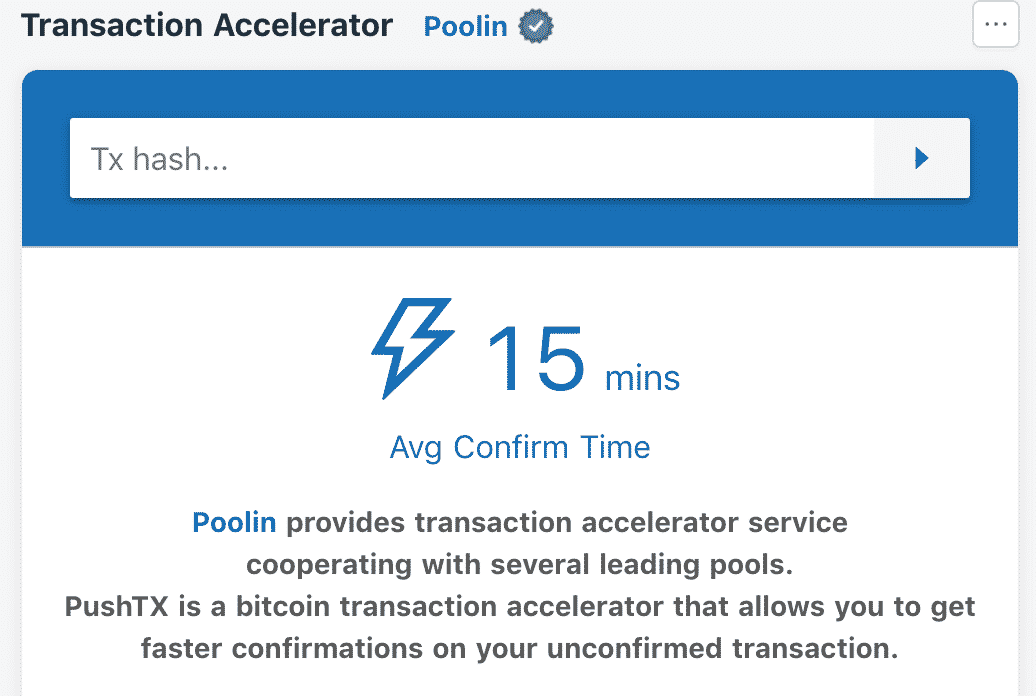 One Bitcoin feature that you may not be familiar with is the “Replace by Fee” (RBF) transaction. This type of transaction is designed to be able to change the transaction fee for a previously broadcast Bitcoin transaction that got stuck in the mempool.

The easiest way to do this is to use the www.pushtx.com tool to get it done fast. You just need a transaction ID and some Bitcoin to boost your transaction. Produced by one of the leading mining pools, Poolin, this tool, and its users are protected by the brand’s impressive reputation.

Safe to say, it’s both popular and safe.

Alternatively, you can download a variety of local software wallets to help you achieve the same goal, such as Electrum or Bitcoin Core. While it’s a great way to learn more about Bitcoin, this is only useful if you are ready beforehand.

Don’t get your transaction stuck in the first place

Mempool spikes happen and it’s up to Bitcoin users to determine the best timing for their transaction. Sometimes a transaction is urgent and you are willing to pay almost any price to get it where it needs to be, but other times, you may be better off waiting for a few hours, or even a day.

Make sure that you pay enough as a transaction fee to get a probabilistic guarantee of getting your transaction confirmed in the next couple of blocks. Once again, one of the best tools for the job comes from Poolin.

Mempool spikes are an important part of Bitcoin

The mempool and its quirks are an important and integral part of Bitcoin, and it’s up to us, the users, to familiarize ourselves with the network and learn how to anticipate challenges.