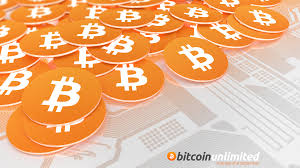 What is Bitcoin Unlimited?

Bitcoin Unlimited can be considered an alternate Bitcoin client, as an alternative to Bitcoin Core. The primary objective of Bitcoin Unlimited is to bring all the debates taking place about the block size to an end. If that happens, the network would be provided with the freedom to make a changable decision on the ideal block size.

Bitcoin Unlimited can be considered as the next generation of a popular thread on Bitcointalk, which was titled as “Bitcoin up and Gold Collapsing”. The thread was initiated back in 2012 by a group of enthusiastic Bitcoiners. When the block size wars reached the peak, this thread was moved to the altcoin section on the forum. This made the members migrate to a new forum, which was named Bitco.in.

The block size topic became popular in the new forum as well and they came to a conclusion, which stated that the block size limit shouldn’t be a property of money. These discussions were led by a physicist from Canada, who’s named Peter Rizun. He strongly believed that there is no need for a block size limit to exist for the miners to survive. As a result, the group took required steps in order to completely remove the block size. The actors of the markets were provided with the ability to make decisions of the block size instead of developers. The group was lucky enough to find an experienced developer, who forked the core database of Bitcoin back in 2015. This gave birth to Bitcoin Unlimited.

What is Bitcoin Unlimited all about?

Removing the block size would make the cryptocurrency more convenient for users. The theory behind Bitcoin Unlimited is not an abstract one. In fact, it is based on one of the proven methodologies called Schelling Points. This methodology is widely used in game theory. In other words, people tend to use Schelling points when communication is absent. When the proper balance is established in Schelling points, it would become the best solution available for every single actor that has taken part in the game.

In order to let the Bitcoin market find Schelling Points, Bitcoin Unlimited has implemented 3 different options in the client. They include:

These three options can easily be adjusted from the graphical interface that is provided along with Bitcoin Unlimited. The nodes would share their AD and EB along with the version information in order to tell other peers. Therefore, it is possible to get into the network and figure out what the maximum supported block size is. On the other hand, people can easily get a better understanding about the block sizes that are not supported.

With Bitcoin Unlimited, the network is provided with the freedom to make a decision about the block size. This has caused a large number of controversial discussions. The core of Bitcoin has been designed in order to set a fixed limit to the properties such as block size. The limit of 1MB would prevent all sorts of negative effects that can take place on the larger blocks on the network. In addition, it would prevent spam, push the Bitcoin network towards off chain transactions and sustain decentralization. It is possible for you to compare this with the rules and regulations that have been implemented by every country. This would not be everyone’s cup of tea. This regulation has the ability to create an over-regulation. However, most of the people agree to the fact that some sort of regulation is desirable.

To summarize, it is possible to conclude that Bitcoin Unlimited is not associated with many differences when compared to the Bitcoin Core. The main objective of it is to remove the social norm that is associated with not changing the block size limit. Instead, a variable option would be provided to change the block size more easily. This might be considered a permanent solution to the issues that are associated with current block size and scalability limits.

Disclaimer: This article does not represent the thoughts, plans or opinions of Crypto-News.net and is intended for informational purposes only, the views presented are those of the author.