4 min readBlockchain: Reframing the narrative around women in STEM 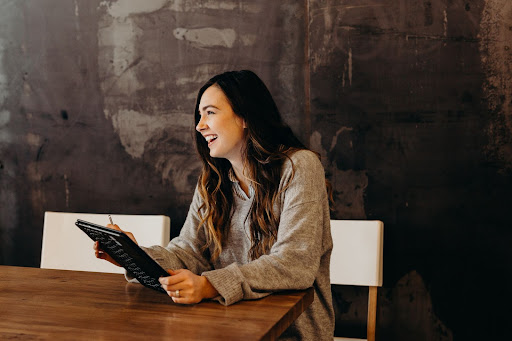 Brilliance bias is the unconscious bias to associate the male gender with brilliance.

A study that was published by the Journal of Experimental Social Psychology measuring ‘brilliance bias’ found that people are more likely to associate the trait of ‘brilliance’ with the male gender rather than female.

The study involved 3,618 participants from 78 countries and consisted of men, women and children between the ages of nine and ten. Participants were exposed to a series of implicit association tests or a sorting task to capture an automatic and authentic association. In the end, approximately 70% of participants contributed to this implicit gender-brilliant stereotype.

It is no surprise that brilliance is often associated with science, technology, engineering and math (STEM) fields, further contributing to the gender gap and reinforcing the brilliance bias. A study carried out a few years ago suggested the lack of women in STEM may be due to this unconscious gender belief that you need to be brilliant to succeed.

On the flip side, the introduction of women-focused STEM programs and women empowerment as a whole has helped shed light on the gender gap in these fields. However, bringing about change at a societal level runs deeper than filling a diversity quotient or running women-focused programs.

Blockchain is the future of  gender neutrality

Blockchain capitalises on a number of STEM disciplines including Cryptography and Mathematics. Whilst this distributed ledger technology is set to revolutionise the future in several aspects, it’s important to recognise that holistically blockchain is more than just the elements of STEM or Decentralised Finance (DeFi); blockchain holds the key and force to social change.

Blockchains are public and widely open-sourced, anyone regardless of gender can strive to understand and learn it without any limitations. For example, all transactions made on the blockchain are completely transparent and traceable, guaranteeing any fault or bias to be traced to the root.

In essence, blockchain technology plays a pivotal role in transforming the involvement of women in the space, aiding in the closure of the gender gap, taking society a step closer to gender neutrality.

Like a blank canvas, the rules of the industry are yet to be fully defined, giving women the chance to get involved from the very start.

Whilst some may call the blockchain space the wild wild west, it is really a space that will not only enable marginalised groups to communicate but also provide individuals with a place to authenticate themselves in ways they can’t right now. Women have the power to change the narrative around women in STEM and blockchain will be the tool to enable this.

Not only will blockchain be instrumental in helping women get more involved in changing industries, but the technology also plays a part in creating new opportunities for developing countries where we know women have less power, authority, education and unfortunately, rights.

Ultimately,  blockchain will help in shifting the STEM demographic, making it a more gender-balanced space.  Firms such as Zebu Digital, a Web3 Firepower are proving to do just this with over 40 employees globally, with 52% being female. The more the number of STEM programs introduce or feature blockchain technology, I believe we will see a monumental change in the number of women who apply to them.

I am certain blockchain holds the key to the ultimate revolution all of us have been awaiting. Let’s use blockchain to reduce the need for women-only events, and instead, increase the number of women-led events.

Whether man or woman, let’s switch the narrative and eradicate the need for women-focused panels and let’s make women inclusive ones the new norm.

A very happy International Women’s Day to all who celebrate! 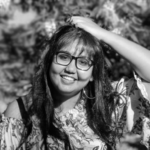 If you would like to start a conversation and speak to Kirthana about blockchain and Web3, connect with her on LinkedIn here: https://www.linkedin.com/in/kirthana-devaser/