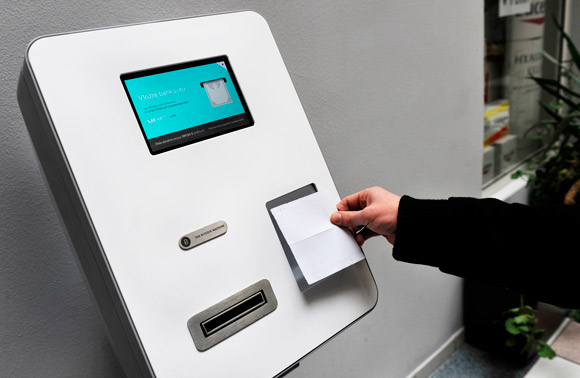 Declining fiat values has prompted many crypto critics to assert that blockchain assets are fundamentally flawed, or far less popular than earlier believed. The truth appears to be more complicated, with blockchain technology thriving, and interest in crypto continuing to grow, despite the drop in prices. One clear indicator of crypto’s increasing popularity is the proliferation of cryptocurrency ATMs, better known as Bitcoin ATMs (BTMs). These machines have become one of the most popular ways to acquire cryptocurrency, and their increasing use during this period of instability indicates that crypto is rapidly moving into the mainstream.

The first Bitcoin ATM went live in 2013, and over the past five years over four thousand have been installed across the globe. There are four primary manufacturers, which sell them to independent operators at a price of around seven thousand dollars, plus a nominal transaction fee. Most BTMs are in small proprietorships such as gas stations, corner markets, or shopping centers.

BTM operators charge a hefty transaction fee, often as high as twenty percent, for the service of converting fiat into cryptocurrency, and business is booming. Many of the machines process over one hundred thousand dollars worth of Bitcoin per month. Most also offer the option of purchasing other platforms, such as Litecoin, Dash, and Ethereum. Monero has recently been added to many European machines.

The popularity of BTMs highlights the fact that interest in cryptocurrency has not decreased as fiat values have fallen. Rather, BTM use demonstrates that crypto is presently finding use cases that are different than initially envisioned. Many users of BTMs are buying cryptocurrency to hold it as a store of value, and are choosing these machines because of their convenience over exchanges. Most notably, BTMs are nearly instant, whereas exchanges often take days, or even weeks, to exchange fiat into crypto. Also, BTMs are becoming popular with foreign workers, who use them to send crypto to families in their home countries.

BTMs are also developing a reputation as convenient tools for laundering money. The extent to which they are used for such illegal activity is debatable, but there is no doubt that criminals find their rapid, and largely anonymous nature of transferring wealth appealing. For example, police in many urban areas have reported that they are becoming popular among drug dealers, and the machines are increasingly being found in areas known for drug trafficking.

Not surprisingly, the machines are getting the attention of regulators. In the United States, where more than half of BTMs are located, operators must hold money transfer permits, and comply with laws requiring positive identification of users. However, compliance with these rules is spotty at best. In many other nations such regulations either do not exist, or are widely ignored. As BTM use grows, an attempt to control their use is all but certain to increase.

The most important takeaway from the growth of Bitcoin ATMs is the fact that the blockchain revolution is a phenomenon that cannot be predicted via traditional means. Bitcoin and cryptocurrency are now household names, regardless of the volatility that has come to define the markets. These machines are likely to become commonplace over the next few years, thus demonstrating that cryptocurrency is now a permanent part of the global financial landscape.