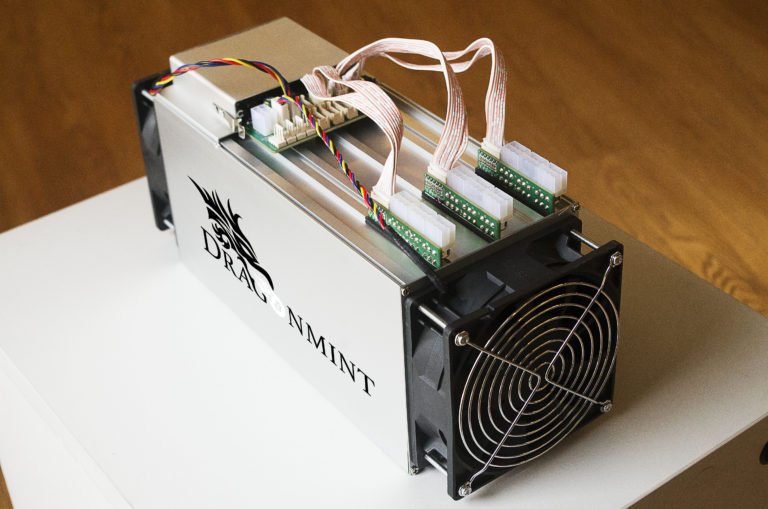 Disclaimer: This is not a sponsored post. The authenticity of Halong Mining and the DragonMint Miners has yet to be verified. This information should not be taken as an endorsement.

Halong Mining, an unknown manufacturer of Bitcoin mining equipment, has entered the market with their first product called “DragonMint 16T”, and is promising to compete as one of the top mining equipment manufacturers. Bitmain-produced hashrate constitutes about 65% of the total Bitcoin hashpower in operation.

According to a Bitcoin Magazine post, the founder of this manufacturing enterprise is one of the most active Bitcoin Core Developers, BtcDrak. The reason BtcDrak undertook this venture is to bring forth more competition in the market and to enable more individuals to start mining Bitcoin.

Looking at their website, a few statements about their miner as well as a demonstration video can be found, as shown below.

(ASICs can emit upwards of 80 db, adjust the volume accordingly)

Supposedly, this is the world’s most efficient Bitcoin miner, featuring a 16 TH/s output, and a power efficiency of 0.075J/GH. The development of the miner itself started in December 2016 and took about 12 months to complete. The chips used are invented by Halong Mining and generate about 85GH per chip.

CEO and Co-Founder of blockstream.com, Adam Back, used Twitter to tell the public that he has personally seen the Dragon Mint 16T in operation, and vouches for the legitimacy of the product.

I can confirm I have seen #DragonMint's operating in person. they are very real, specs as advertised. this is huge, biggest Bitcoin news this year. site https://t.co/cFPfuGllGe explains it's development story back to Dec 2016. happy thanksgiving Bitcoin news for US Bitcoiners.

Over the past 12 months, about $30 million has been invested into research, development, and prototyping of miners. It is estimated that 4 months are necessary to produce one complete miner, which is why the pre-order delivery date is set for March 2018.

One of the most promising statements about the current state of events concerning DragonMint can be found on their website:

“We finished the prototyping, and we are moving onto mass production. At the same time, we are building relationships across the ecosystem to eventually generate a wide variety of ASIC products.”

It is difficult to make a comparison at this stage, although, if all of the data available is true, this is certainly the best miner on the market, out-powering even the Antminer S9. For now, it may be best to wait until March 2018 and collect data from people that have participated in the pre-order.

The prototype may be ready, but it’s going to be some time before mass production is in effect. Regardless of the fact that this venture is led by one of the most engaging Bitcoin Core Developers, it may be best to wait until the first batch has been tested by the public.