Ethereum sought to remind many of the volatility of cryptocurrencies when a multi-million dollar dump saw the price of Bitcoin’s biggest rival crash from over $300 to less than $1 in a matter of seconds.

Ethereum has been rocketing in the markets as it surged earlier this year from being a minor coin trading for a few dollars to hit highs of $250+. The alternative to Bitcoin peaked close to $400 earlier this month before it, as well as a host of other Alt-Coins, took a massive dive.

Then, on Wednesday, the price of Ethereum, which was sitting in and around $320, plummeted down to around 10 cents in a matter of seconds on GDAX. A multi-million dollar sell order is being blamed for this sharp, flash crash, and then subsequent rebound, but the implications are massive.

The one sell order triggered off a host of other stop orders which cataclysmed into a death spiral for the coin, leaving many invested in Ethereum with nothing as their margined sell order orders were activated and their coins sold off at extremely cheap rates.

These stop orders are in place often as safety nets in order for buyers to dump their coins if there is threat of a massive crash, and because the stop orders are usually set at a loss, in order to protect against total loss, many Ethereum users were left stung by the crash.

Many of these red-faced users took to social media to accuse GDAX of price manipulation and illegal doings, however this was refuted by a spokesperson from the exchange. They claim that their investigation found no wrongdoing within the market crash. They did express that the investigation is ongoing, however, and that transactions would not be reversed.

“Our initial investigations show no indication of wrongdoing or account takeovers. We understand this event can be frustrating for our customers. Our matching engine operated as intended throughout this event and trading with advanced features like margin always carries inherent risk,” said Adam White, vice-president of GDAX, in a blog post.

“We are continuing to conduct a thorough investigation and will keep customers updated with any resulting actions.”

Of course, there are two sides to this coin as well. For all of those who lost money with their stop orders, there are also cases of buyers scoring big.

A screenshot was posted on a trading forum that showed how a user, who had placed a buy order for Ethereum at 10 cents, picked up 3,800 coins for a paltry price of $380. So, when the price dropped for a mere second, the buy order was engaged, and when the market recovered also within seconds – back to over $300 per coin – a new crypto millionaire was born.

The volatility that has been witnessed from Ethereum, as well as Bitcoins and a host of other Alt-Coins, seems to be par for the course as cryptocurrency continues to expand exponentially. Market growth well over 300 to 600% has not been uncommon recently, but there has also been some pullback from the cryptocurrencies as market corrections take their due course.

It is a reminder to those trading in the new technology that although there is no centralization in force to effect the price, there can still be massive shifts and gains simply because of a few individual actions.

Cryptocurrencies face unprecedented volatile swings, such as massive dumps experienced Wednesday by on GDAX. Even factoring the flash crash on Wednesday, there are other events that have had larger impacts to the Ethereum platform.

With the anonymity of these blockchain currencies, the threat of theft and hacking is major factor. Last year for instance, a DAO hack saw over $3.5 million in Ether siphoned from the DAO smart contract, subsequently cutting the value of the coin by a third due to a market scare. Perhaps the most famous hack of them all however was the Mt. Gox attack that saw over 800,000 Bitcoin stolen from the leading Exchange at the time causing them to file for bankruptcy.

Cryptocurrency is still very much in its Wild-West phase where anything can, and will, happen. There is high risk, and high reward that comes with investing in the new technology, but still, the Cryptocurrency train keeps moving forward at an alarming, yet exciting rate.

Agreement between Miners and Companies on Bitcoin scaling 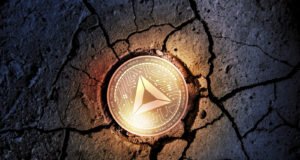 Trevor Smith -
0
The digital currency space is full of diversity and innovation, and Basic Attention Token (BAT) is beginning to carve a niche for...