2 min readEthereum Upgrade to Happen in January, Platform At A Crossroads 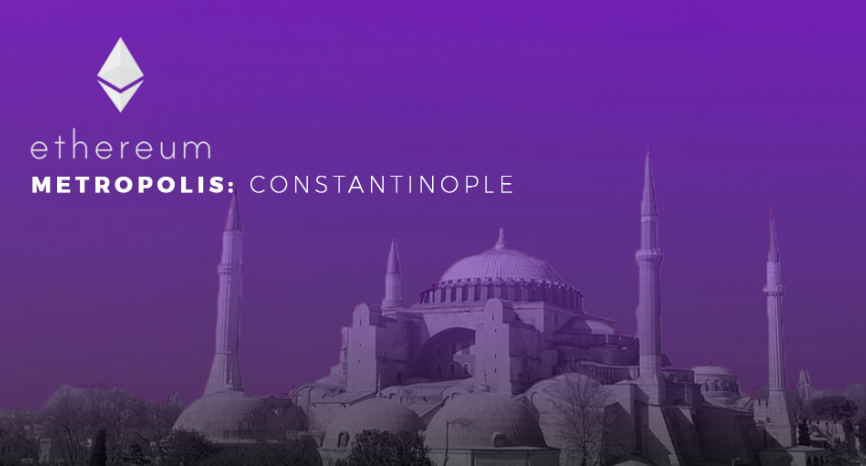 The Ethereum development team has announced that the Constantinople update, which is the next step in the platform’s roadmap, is ready for release. The update will involve a hard fork that will take place at block 7,080,000, and is expected on January 16th. Ethereum prices have surged on the news, moving up more than ten percent.

The Constantinople update is the second phase of Metropolis, the third step on the Ethereum roadmap. Among its components is an upgrade to simplify off-chain transactions, which will better enable scaling. Constantinople will also delay the so-called “difficulty bomb,” which is a previously added algorithm modification designed to force miners to adopt the future proof-of-stake consensus method planned for later next year. There are a number of other additions as well, which will pave the way for the final phase of Ethereum’s roadmap, named Serenity.

The Ethereum development team intended to implement Constantinople in October, but was delayed due to a glitch in the consensus mechanism. The team has made it clear that the matter is now resolved.

The Constantinople update is good news for Ethereum, which more than ever is struggling to maintain its status as the dominant dApp platform. The dApp field is becoming crowded with platforms that are as advanced, if not more so, than Ethereum. These include Cardano, Tron, Stellar, EOS, and NEM, just to name a few. Many of these competitors not only challenge Ethereum in the technical realm, but they are gaining support in corporate, financial, and political spheres. Thus, for Ethereum to hold its position as leader of the pack, it will have to prove that it can outperform these newer rivals.

To its credit, Ethereum still has the largest development team of any blockchain system. It also has the overwhelming majority of developed applications and tokens. Its founder, Vitalik Buterin, is the best known figure in the crypto space, and is universally hailed as a visionary talent. Perhaps most significantly, Ethereum enjoys the benefit of “first mover” status among all altcoins.

It is not surprising that investors and traders are concerned about Ethereum’s long-term hegemony among other altcoins. Like most cryptocurrencies, it has declined in value dramatically this year, from a high of $1,400 in late January to under $100 today. A rebound is likely, yet other platforms could very well pass Ethereum in adoption, and market value, when the turnaround begins. Already Ripple has passed it as the second most valuable coin by market cap, and Ethereum’s value of the total crypto space has fallen to below ten percent for the first time in two years.

It is thus easy to see why Ethereum’s future is tied to Constantinople’s success. There is presently little discord among the Ethereum community, and the hard fork is likely to proceed without issue. Also, despite the growing competition, Ethereum is in a very strong position to gain widespread adoption. Nevertheless, its challenges represent the dynamic, and rapidly evolving status of the blockchain revolution.