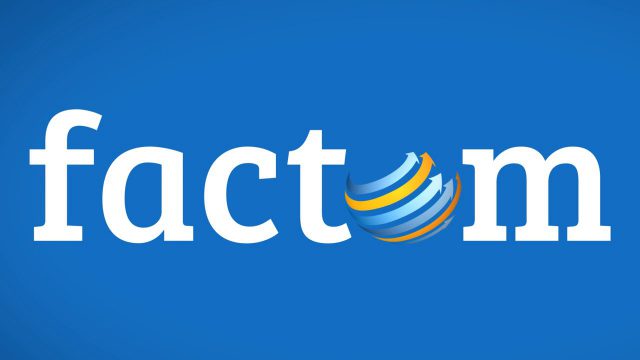 Factom is a Blockchain Technology Company based in Austin, Texas (USA) with offices in London (United Kingdom), Sunnyvale, CA (USA), Shanghai (China) and Beijing (China). The company offers data management and record-keeping support services for businesses. Just recently, it was the recipient of a grant from the Bill and Melinda Gates Foundation. The funding is meant to provide Factom with resources to deal with one of the most pressing issues worldwide: the secure preservation of medical records and making these records accessible at any given time.

Currently, medical records are kept in paper or digital files. This method of record keeping becomes an issue once people move or if the region becomes economically or politically volatile. One solution is to develop infrastructure on an individual basis and secured through Factom platform. This approach is practical and economical and offers genuine benefits for poor nations. Medical providers and facilities will now have more capabilities to address medical conditions. They can manage healthcare concerns in places where technology is not modernized.

For example, doctors can use mobile devices to access records of infants born in far-flung locations so they can be given the proper vaccinations. The goal is for Blockchain to help save lives and resources in third-world countries. Objectives of the Bill and Melinda Gates Foundation are aligned with the core mission and vision of Factom. In a recent Bitcoin magazine interview, Co-founder and chief executive officer Peter Kirby of Factom said their efforts resulted in the creation of remarkable materials on the contributions of Blockchain to records’ identity space.

A representative of the Foundation discussed concerns with Mr. Kirby. These included the possible use of Blockchain to allow people to access medical records, dealing with disorganized central databases, handling chaotic bureaucracies, and monitoring vaccine records. What makes Blockchain a good option? It is a massive distributed data supply that can provide solutions to these issues. The main challenge is finding a solution that balances precision and privacy. This has to work in all types of environments with shaky Internet connectivity and populations without sophisticate mobile phones.

Engineers of Factom are experimenting with various approaches. The company has not reveal any details yet. It is still focusing on how to build the platform and make sure it works. In the United States, the system is burdened with plenty of regulatory matters, especially on privacy. Among these are integrity of data and loopholes in Health Insurance Portability and Accountability Act (HIPAA) compliance.

The Foundation wants to create opportunities in third world countries where finances are not enough for important technology ventures. This new collaboration proves that international identity and record-keeping as a public service is viable. Factom hopes to demonstrate how individuals can handle vital and confidential medical records using simple instruments and back-end cryptography anchored on Blockchain.

Philanthropist and business mogul Bill Gates mentioned recently the importance of financial technologies such as Bitcoin and Ripple. The Gates Foundation is probing innovative platforms along with crypto-currency payment models through its Level One Project. This project was launched 18 months ago by the Foundation’s Financial Services for the Poor (FSP) Program. The project is based on talks and engagements in more than 25 countries with applications of national retail payment platforms in Australia, Mexico and Peru.

Among the lessons learned in this project are the following:

Over and above these standards, newer systems manifest system functions by way of APIs that direct service providers and participants. It allows several providers and sellers to participate in specific industries. An open API promotes innovation by secondary service-providers, reduces costs of the systems and enhances functionalities.

The distributed ledger of Factom protects real-time records in the Blockchain with one hash that uses cryptographic isolation by building a data layer above Bitcoin. Governments and business corporations can adopt Factom to document information which cannot be changed, removed or back-dated. Its technology decentralizes the process of record-keeping by ascertaining that stored data reliability is intact. Factom ensures absolute transparency and maintains privacy in the digital universe.

No person can control the Factom protocol. The open-source software makes the protocol function worldwide. Everyone has the prerogative to use it for any purpose. The company will provide developers with tools to create new generation of apps using the Blockchain platform. Blockchain will preserve all transactions in the network of Bitcoin. The central server may be discarded in case the app requires a central server to coordinate procedures. The chain is distributed across the world-wide web, unlike other databases. It is nearly impossible to shut it down. Factom was designed to store any kind of information, unlike the Bitcoin Blockchain. Therefore, it is perfect for multiple apps such as medical records, financial systems, voting systems, real property titles, supply chain management, and legal applications.

The grant is seen as the first step in a meaningful partnership between Factom Company and the Bill and Melinda Gates Foundation to improve the medical record system globally.