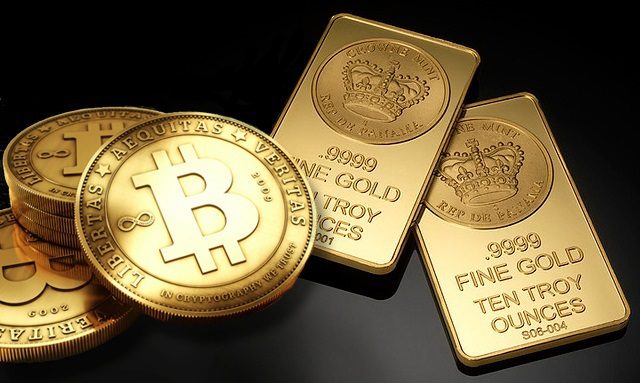 An increasing number of traditional financial institutions are speaking up about Bitcoin and other cryptocurrencies. Most recently, Goldman Sachs released a note to its clients warning them of Bitcoin’s risks. Specifically, the investment firm stated that Bitcoin is not “new Gold,” and that Gold, and other precious metals, are a far safer investment options.

Bitcoin is often compared to gold because, from a perspective of wealth management, the two assets share similar qualities. Both have a finite supply that cannot realistically be manipulated. Both are also borderless and decentralized. Bitcoin and gold are deflationary and can be purchased, held, and traded anonymously.

In its note, Goldman Sachs made clear that despite these similarities, Bitcoin is far riskier as an investment. The firm reminded investors that Bitcoin wallets can be hacked, and that Bitcoin is vulnerable to regulatory threats, such as China’s recent moves against domestic exchanges. It also stated that Bitcoin faces competition from a wide array of altcoins, and also can be altered and forked. Most importantly, Bitcoin prices are extremely volatile, whereas gold prices have a history of stability that dates to antiquity.

It is not surprising that Goldman Sachs would discourage its clients from trusting Bitcoin, as the cryptocurrency poses a major threat to its business model. The total value of global gold reserves is estimated to be well over seven trillion dollars. Reserves of other metals such as platinum, silver, and palladium are also worth trillions. For decades Goldman Sachs has offered investment products based on these commodities. Thus, even a small percentage of investors choosing to secure their wealth with cryptocurrency could cause a major disruption in the industry.

There should, of course, be no doubt that cryptocurrency is rapidly gaining the trust of mainstream investors, as even well-respected experts are beginning to embrace it. Most importantly, cryptocurrency is popular among young professionals that will soon have money to invest. Given this reality, it is reasonable to assume that, before long, many high net-worth individuals that normally preserve wealth via precious metals will seek to purchase crypto instead.

To its credit, Goldman Sachs is not an opponent of cryptocurrency. In fact, it has publically stated that crypto is “worth watching,” and is rumored to be developing crypto trading services and investment products. Also, in July the firm received a patent on a crypto-based system for settling securities trades named “SETLcoin.” Thus, the recent note about Bitcoin should not be perceived as overtly hostile to blockchain assets. In fact, Goldman Sachs’ concerns over Bitcoin as a store of wealth are not unfounded. Many of the concerns, such as the rise of altcoin competitors, are very real and undisputed.

Whatever the motivation for Goldman Sachs’ Bitcoin note, it is safe to assume that the firm is taking the cryptocurrency revolution seriously. It is no doubt aware that decentralized cryptocurrencies will soon play a much greater role in the global financial system, and will disrupt many of the services traditionally provided by investment firms. Although Bitcoin’s future as the flagship crypto is far from certain, decentralized blockchain assets are unquestionably here to stay.