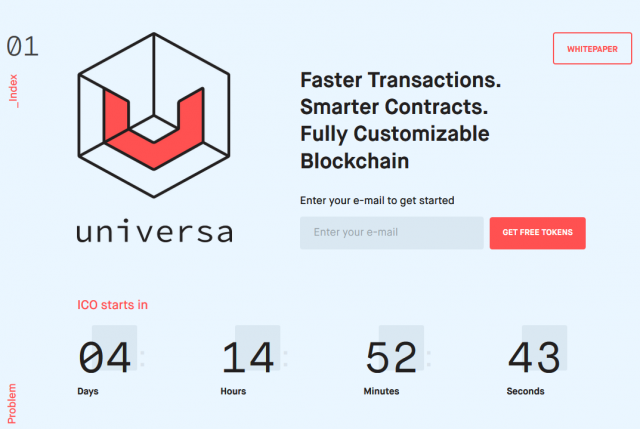 Universa Blockchain introduces an innovative technology, and the technical details which need to be explained.

Sergey Chernov, the technical director of Universa, answers the questions about Universa Blockchain.

-Sergey, how is the high speed of Universa Blockchain possible?

– First of all, it is possible because the architecture of Universa is special, it has nothing in common with Bitcoin or Ethereum, for example. It was created for saving computing resources of the network and the storage for the ledger. There is no mining in Blockchain, the processes of keeping and performing contracts are taken from the nodes to clients.

-In what case can the network overload and slowing of the transactions’ be expected? Do you have a plan of action if that happens?

– The network overload is possible primarily because of network channels overload and also if the nods platform equipment is not powerful enough. Three stages of upgrading the nodes in the network are provided, while the last stage assumes almost unlimited scaling on capacity. The network is scaled not by increasing the number of nodes but by enhancing each of the nodes, which can have an arbitrary number of servers for the parallel processing of transactions.

-Let’s suppose Blockchain was hacked, access to what information may be gained by a hacker?

– In this case, the hacker will only get information on signatures and their expiration dates for the last blocks in every certified chain and also to the last blocks of chains which have been processed recently or in the last few hours. Chains are not kept on nodes.

If the hacker has broken into the node and is copying the flow, he has an opportunity to reconstruct open chains coming through the system using that flow. No confidential information of a chain reaches the network, as a result, it can’t be reached by attacking the nods of the network. At the same time, a chain can certify (using the signature) any confidential and/or private information without transmitting it to the nodes of the network. To sum up, hacking blockchain has no practical implementations.

—How do you achieve data security?

— First of all, it is only open information that is transmitted to network nodes. The issues of storing and exchanging private information between Universa platform clients are not practically regulated in any way – one can even use a USB to exchange information, or use existing data storage and exchange services, such as email, messengers, cloud storage, etc., for these purposes. For identification, we use an extensive set of well proven electronic signatures.

In many countries, such as the United States, France and Russia, there are direct or indirect, obvious and unobvious prohibitions on storage and transmission of information in an encrypted form, which makes it impossible to intercept and disclosure this information behind the owner’s back. In order to avoid problems when operating in these countries, we simply excluded the transfer of such information on the network in general, leaving these questions to the discretion of the client.

—What would motivate a user to install a server that will store blockchain?

— First of all, I would like to note that to install a server, you would need to purchase a license and undergo a strict process of selection and registration. The owner of the node receives a dib, part of the profit from the transactions passing through the system. Moreover, network growth does not increase its productivity and should be limited based on the requirements of trust, reliability and the revenue of the node.

— If blockchain stores only hash, then where the information on the contracts content is stored?

— Clients store their contracts directly, in any convenient way – it could be ordinary folders as well. It could be compared to a notarized document. First, you pay the notary officer for the notarial certification, and then you can use this document for various operations, since the notary seal makes the document legally trusted.

Nevertheless, if you lose the document, the notary officer will not be able to replace it, and you will have to receive a document replica from the emitter, or issues body – some service, for example, which has issued it to you in the first place. With blockchain, you can make as many copies of your contract as you wish. It’s perfectly safe as long as you keep your keys safe. Thus, the contracts are stored and reserved by the parties involved, instead of the net. We are implementing a modular approach decreasing expenses and service cost and increasing efficiency. Each service focuses  on its function: Universa node – on the verification of the contract and its changes; Universa client software – on the execution of smart contract and related actions. In fact, chains can be stored in quite an easy way even on current cloud stores, such as Google Drive, Dropbox, CFile and others.

– What infrastructure does the user need to work on blockchain?

-To work on the system the user needs to create a private key, to purchase a contract for maintaining a desired number of transaction units, and to use one of the clients to work with contracts. We also work out a number of tools for clients: GUI for web, Linux, MacOS, Windows, iPhone, Android, Java command line client, API for Java, API for Javascript to work on the browser’s page.

– How will a person’s identification be carried out before the execution of transaction?

— Let me clarify your question. Do you mean identification of a participant, who is not necessarily a person? It might be a program, or a smart contract carrying any operation. The participant of the system is identified with a public key (digital signature), or in some cases with a disposable identifier of his or her key, if the participant doesn’t want to reveal it ahead of time.

If you mean a physical identification of a legal entity or a private individual, then in some countries, including Russia, the participant might have an officially admitted legally binding public key (digital signature). Moreover, we believe that in future there will be created services operating on Universa, which will execute a physical identification of individuals and organizations and will register their keys.