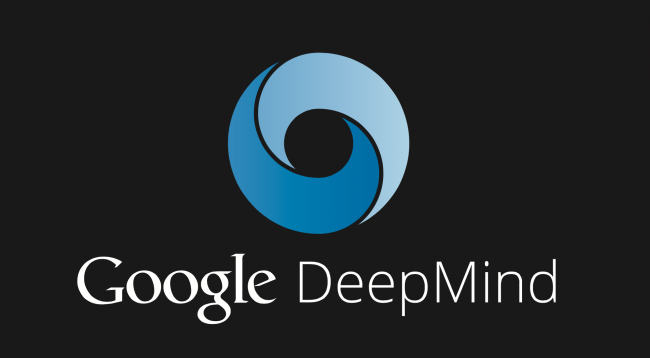 It signed a five-year contract with Royal Free London NHS Trust recently so it can apply the technology to healthcare. The problem is this accord created some hullabaloo as it allegedly affected confidentiality of patient data.  London NHS Trust is considered one of the primary leading health care companies in London.

City AM, a business and news publication based in the United Kingdom, published an article which reported that DeepMind will utilize a technology patterned after Blockchain in conjunction with the healthcare enterprise. The source is a spokesperson from Google. Mustafa Suleyman, co-founder of the software corporation explained they will utilize the software for general transparency purposes in a distributed manner.

DeepMind obtained the services of Ben Laurie, a noted cryptographer along with software engineers who have experience in cryptography and Blockchain. According to the Career Page of the company, the ground-breaking solutions will involve different technologies, static assessment, and other capabilities. The Blockchain will come in to guarantee transparency and security for the infrastructure. It is intended at the start for the healthcare industry but will cover more applications in the near future.

Enhancement of Healthcare with Artificial Intelligence

DeepMind and Royal Free London NHS Trust are looking at creating an app that will differentiate kidney problems of hospital patients. There will be trials to identify patients who are inclined to contract Acute Kidney Injury. AKI is an abrupt outbreak (kidney damage or failure) that occurs within a few days. The effort is envisioned to convey information to medical professionals especially because of numerous fatalities from AKI. Stephen Powis, medical director of NHS said the injury can be prevented if doctors are able to act promptly and prescribe the necessary solutions.

The Blockchain platform, Artificial Intelligence, Internet of Things concepts, and healthcare sector are beginning to form stronger cooperation. Last April, GEM (Blockchain Enterprise firm) teamed up with Dutch multinational technology firm Philips to develop Blockchain architecture for healthcare. IBM is also allocating financial resources and time for Blockchain AI models. On the other hand, IBM Watson in Germany is working on said protocols together with allied hospitals of Thomas Jefferson University in the United States.

With regards to issues about privacy, the Office of the Information Commissioner in the United Kingdom informed Digital Health News (London) it inquired about privacy aspects of this particular endeavor. DeepMind was concerned about the query so it started working on a Blockchain protocol.

According to Professor Jane Dacre, president of the Royal College of Physicians, the initiative produces a lot of possibilities which can lead to improved care of patients and more effective strategies for doctors. Early this year, there were several news stories published by the New Scientist Magazine which said this project included information about some 1.6 million patients who were diagnosed at the Royal Free, Barnet and Chase Farm hospitals in London during the last five years.

A representative from Med Confidential, a privacy corporation insisted this confidential information was acquired without consent from the patients and records did not only cover kidney issues. This is said to have led to the Inquiry conducted by the Information Commissioner about this incident of information sharing between DeepMind and Royal Free NHS.

The independent agency maintains communications with the guardian of data to guarantee compliance with the UK Data Protection Act. Royal Free maintained this cooperation need not require consent from patients because the information is made available directly for patient care. Hence, implied consent is not mandated. Data collection of patients is a routine practice. It is processed by accredited Information Technology firms.  The Act controls the use of personal information and rights for asking information about a person.

Royal Free released a statement which emphasized that the information will be subjected to massive audit and scrutiny of independent reviewers. Data will be kept in data storage facilities throughout the UK.

DeepMind was established in September of 2010. US technology giant Google acquired the company only in 2014. This year, DeepMind’s Alpha Go program outclassed a professional player of (GO) for the very first time. The company seeks to get to the bottom of Intelligence by merging principal techniques from systems neuro-science and machine learning. This fusion is expected to produce potent learning algorithms.

Google Research also disseminated a research paper about the safety of AI. It sought to stay away from adverse conduct during the learning process of Artificial Intelligence. At the same time, DeepMind released pertinent articles through its website. DeepMind also revealed research studies regarding computer systems that play games. It is developing systems that range from strategy games like GO to basic arcade video games. The bottom line here is AI can be attained if the machine will be capable of playing various games from uninterrupted inputs/outputs and shift knowledge across said games.

DeepMind has the capacity to teach itself based on the information that it currently owns. Meanwhile, there has been a major move forward for AI. The Differential Neural Computer (DNC) a hybrid system, adopted current data storage capacity of standard desktop computers while combing it with smart Artificial Intelligence as well as neural (referring to nerves) capable of analyzing the computer input quickly.