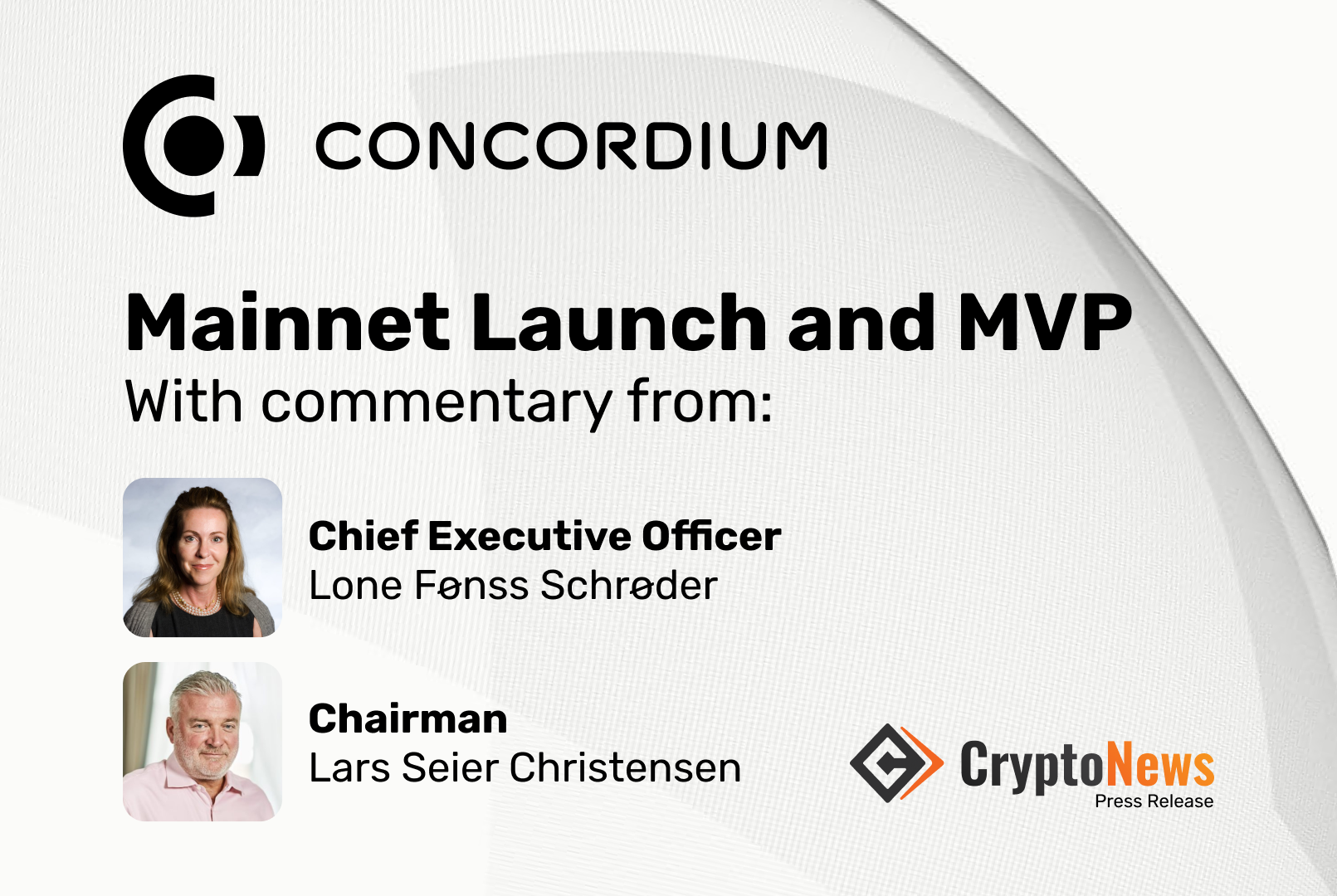 Zug, Switzerland: Blockchain company Concordium will for the first time offer the world access to a safe, transparent, and regulatable blockchain and cryptocurrency, marking the end of an era of anonymity and distrust that has undermined the development of the industry.

After three years of development, the Concordium Blockchain and its Cryptocurrency, the GTU, will make its mainnet debut on June 9, a move that for the first time clears the way for any developer or user to access the Concordium platform.

The Concordium platform differs from other industry participants by offering previously unseen guarantees of governance and transparency, without compromising privacy.

Users are identifiable and the provenance of every transaction is trackable, creating trust for the users and meeting the needs of global regulators. At the same time, identities can be made available, but only if necessary. “Privacy, but not anonymity” said Lone Fønss Schrøder, Concordium’s chief executive.

The company said credible participants in the industry were being damaged by a subset of users that was undermining trust in the technology, delaying broader adoption and hindering businesses and consumers from benefiting from the potential blockchain and cryptocurrency offers.

“The time has come for the blockchain industry to respect the general rules of society. With the launch of Concordium Blockchain, the era of anonymity, opacity, and lack of transparency has come to an end.”

Concordium believes focusing on the requirements of developers and companies and taking into account future regulatory rules solves the problems that have so far prevented the widespread use of blockchain technology.

“This is the tool that global businesses have been waiting for. This industry needs to realize that without trust and acceptance there is nothing.”

Concordium was founded by a non-profit Swiss foundation and is backed by a select group of respected academics and industry veterans. From its birth in 2018 it has combined the development of its own blockchain and cryptocurrency with a desire to help redefine the values upon which the industry has been associated.

“This is not just an image problem, it’s far more serious. Global business is rules-based. The sooner the blockchain and crypto industry wakes up to the need to play by the rules the sooner the full potential of blockchain will be realized.”

The company’s combination of cutting-edge technology and commitment to a global rules-based system has attracted the interest of investors. Earlier this year, it successfully raised over $41M from private and strategic sales, and the most recent sales is valuing the company at $4.45B.

Concordium is a decentralized and sustainable public blockchain that solves the shortcomings of traditional blockchains, through built-in user identification and Zero-Knowledge-Proofs, which are used to replace anonymity with securing private data. The technology supports encrypted payments, provides relevant authorities the ability to identify users, and allows the user to verify the identity of counterparties.

Based on science-based- and peer-reviewed protocols, Concordium’s blockchain has a solid cryptographic focus, with protocols developed by academics from some of the world’s leading universities in this field together with Concordium’s research team. The project is led and advised by senior business executives from industries including banking, automotive, logistics, retail, energy, and telecommunications.