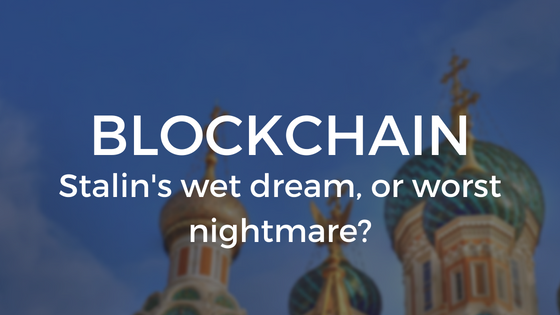 If we as humans were honest, transparent, or held steady and true to our values, then blockchains would be redundant. Since we are not, they are incredibly valuable and successful in keeping human emotions in check. Similar to this was the demise of Communism, where the usual scenario involved a flawed human central figure of power abusing the people’s belief into co-living, community, structure, mutual respect, sharing, and giving all you can provide for the good of everyone in your community.

Led by these beliefs, communist countries managed to stir up a lot of nationalistic emotions that enabled them to guide the people into doing work that was taken advantage of by the powerful few. Holding a power monopoly on the police, media, and army enabled these individuals to remain in charge usually for the duration of their entire lives, living like true dictators. Except nobody was able to speak this way, due to fear of punishment and social alienation.

The blockchain is the epitome of Communism

Shared values, a never before seen situation where the number of witnesses observing the financial situation is precisely known, and a consistent system that is infallible, incorruptible, and yet still community maintained. Of course, this is not true for every blockchain implementation, but for anybody versed in this industry, it is quite apparent that I am speaking of Bitcoin’s blockchain by now. Maybe the title should have been “Is Bitcoin the epitome of Communism?”

Depends on who you are. If you come from one of these ex-communist countries, then it matters dearly, especially if you have lived through the goodness/badness of that system. I’ve never experienced it but coming from one of these countries; you hear a lot of conversations growing up, about how it used to be, and how bad it is now. I don’t have a particular opinion, but thinking about these concepts, they connect in my head. Bitcoin is Stalin’s wet dream or worst nightmare since he was the primary source of exploitation of human belief in the communist vision.

What would Joseph Stalin, Vladimir Lenin, Mao Zedong, Zhou Enlai, Kim Il-Sung, Ho Chi Minh, Khrushchev, Che Guevara, Josip Broz Tito, Gorbachev have to say about blockchain if they were either alive or if they are alive, communism still existed elsewhere than North Korea?

Disclaimer: This is an opinionated article, the views and opinion voiced in this article are those of the author, and they do not necessarily represent the views and stances of CryptoNews, its editorial team or its owners. 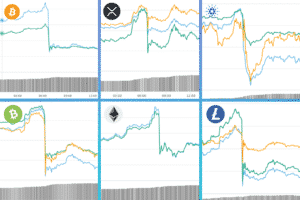 August 2, 2020
Facebook rebrands Calibra to Novi as the digital wallet for Libra cryptocurrency 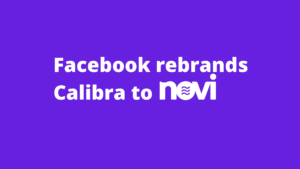 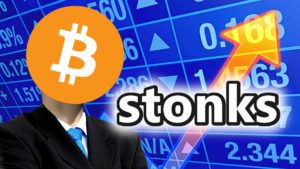