On September 29th, South Korea’s Financial Services (FSC) announced a ban on all forms of initial coin offerings regardless of the technology or terminology employed.  The FSC reasons that ICOs are too speculative and volatile and wants to protect investors from scams and market manipulation. Furthermore, the FSC will continue to discuss regulations regarding established cryptocurrencies, possibly limiting (not banning) virtual currency trades in the future. Similar to China, Korea fears ICOs could be used for illegal purposes, such as establishing new gambling sites and promoting Ponzi schemes.

In contrast to China’s ICO ban, the new Korean regulations barely affected Bitcoin’s price and volume. BTC/USD dipped a mere 4% before continuing to rise and remains popular among Koreans. According to CryptoCompare, the KRW/BTC pair currently constitutes about 9% of Bitcoin’s trading volume. Korean investors wanting to participate in overseas ICOs can still do so; the new legislation only applies to domestic start-ups.

Although the prohibition of token sales from a single country should not affect cryptocurrencies significantly, multiple countries are considering regulations involving new start-up models. Switzerland’s Financial Market Supervisory Authority (FINMA) is currently investigating illegal activities involving ICOs, how banking laws apply to them and how they are used as an investment vehicle.  In addition, the Monetary Authority of Singapore (MAS) will redefine what falls under the Securities and Futures Act. The MAS is discussing how to deal with ICOs involved with money laundering and how cryptocurrencies fit within the definition of a security.

Although no one can accurately predict how new regulations would affect Bitcoin and cryptocurrencies, supervision over token sales may actually benefit the development of new cryptocurrencies. A complete ban on ICOs would severely hinder emerging new technologies but scrutiny would help prevent scams from surfacing and may cause legitimate token sales to gain popularity.

New laws could perhaps help investors who are less tech-savvy to distinguish between Ponzi schemes and innovative technologies. Although the ICO bans from China and Korea may be a little extreme, moderate regulations from other countries could expand the cryptocurrency community to encompass a broader audience.

The U.S. Chamber of Commerce Calls for Clarity on ICOs 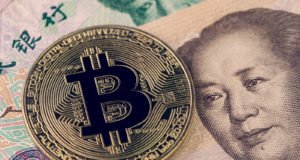 China & India Continue To Take Steps To Thwart Crypto Use

Trevor Smith -
0
The governments of China and India are known to be hostile to decentralized cryptocurrencies, and have taken steps over the past few...