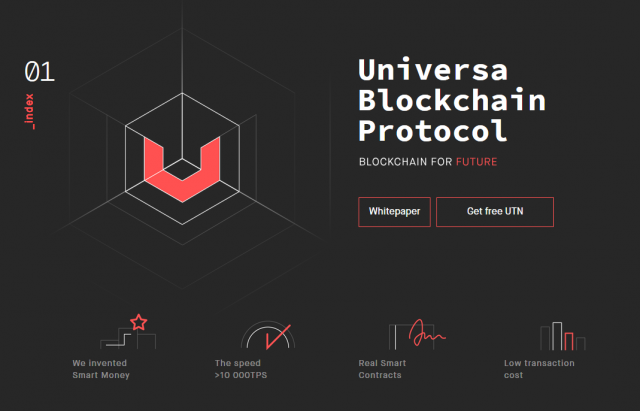 Alexander Borodich, the founder of Universa blockchain, spoke about the great prospects of using blockchain in a number of business sectors. For example, blockchain allows to establish interaction within logistic chains and to monitor the entire supply chain in a convenient and transparent way. The technology guarantees the invariability of the input data, therefore it is perfect for holding various tenders, competitions and auctions, as well as for controlling the expenses of the state budget.

“The main blockchain consumer is the state and financial sector, since its participants need to monitor operations, protect and control payments in real time. They also need a safe environment for contracts negotiation. Mostly, we are talking about different registers, where data on property rights, contracts, various transactions, both between citizens and between organizations is stored. Blockchain can be useful in the implementation of any type of voting and elections, in conducting a population census, in managing a single database on electronic passports, in ensuring reliable interdepartmental workflow,” he said.

Artur Kudelya, professor of economics and blockchain investor, reported on global and Russian trends in mining, spoke about its technology and software. He also demonstrated the future perspectives of mining in cloud computing.

Anatoly Radchenko, the managing partner of the United Traders Corporation, spoke on the strategic ways of cryptocurrency development and profitable ICOs in Russia and around the world. He believes that the best regulation mechanism is the one creating special conditions for the crypto economy development. For example, the one creating a crypto-valley and watching the industry develop, while cooperating with and listening to the beneficiaries of the new economy.

Nadezha Surova, Dean of the Institute of Management, Plekhanov Russian University of Economics and the head of educational programs on blockchain projects, described major trends of the upcoming transition to digital economy and underlined the necessity to train digital specialists. Nadezhda also noticed that Plekhanov Russian University of Economics is the first Russian university that offers educational programs on blockchain. This university, together with the leading Russian companies, have developed a comprehensive educational program on digital money (cryptocurrency and blockchain technologies) with open lectures, project sessions, master classes, training and retraining programs for traders, investors, developers and entrepreneurs in the fields of blockchain, IT, and digital. Some of these programs are “Effective investments in cryptocurrency and blockchain technologies,” “Technology entrepreneurship and blockchain projects,” and many others.

At the end of the meeting, Alexey Mayorov, First Deputy Chairman of the Federation Council Committee on Economic Policy, underlined the significance of expert research in the field of new crypto technologies, in order to ensure transition to digital economy. Alexey also emphasized the necessity to develop legal framework for blockchain projects.