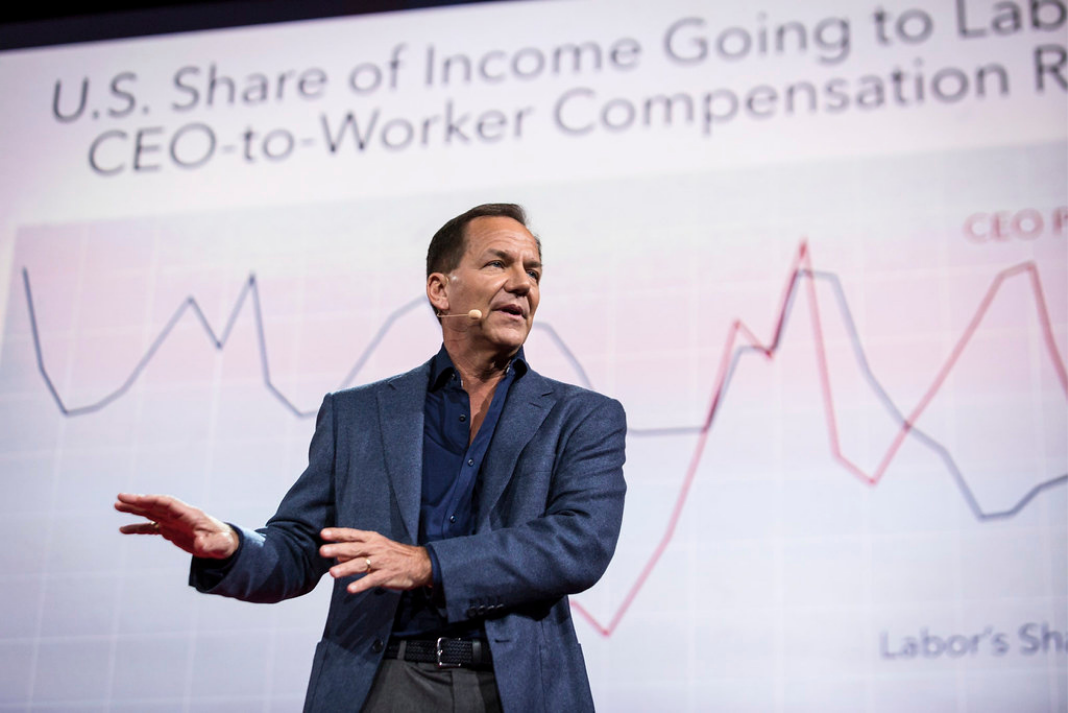 Last May, Paul Tudor Jones made a single-digit investment into Bitcoin, and he backed up his decision by saying that he likes Bitcoin even more now.

The legendary hedge fund manager compared Bitcoin to being an early investor in a tech company. However, instead of betting on humankind’s ingenuity and entrepreneurialism, with Bitcoin, you bet on humanity’s fallacies to keep on creating inflationary economics.

Talking about Bitcoin, he said:

“…you’ve got this group, that’s by the way, crowdsourced all around the world, that are dedicated to seeing bitcoin succeed and it becoming a commonplace store of value and transactional to boot. I’ve never had an inflation hedge where you have a kicker, that you also have great intellectual capital behind it, so that makes me even more constructive on it.”

He wrapped up his segment on the cryptocurrency by saying, “I think we are in the first inning of Bitcoin.”

Bitcoin has gained 42.126% since May 7th, when Paul Tudor Jones made his “single-digit” Bitcoin investment. In more recent times, Bitcoin’s price has grown by 21% in the past two weeks, and it is continuing to rise alongside uncertainty as we approach Election Day on Nov 4th.