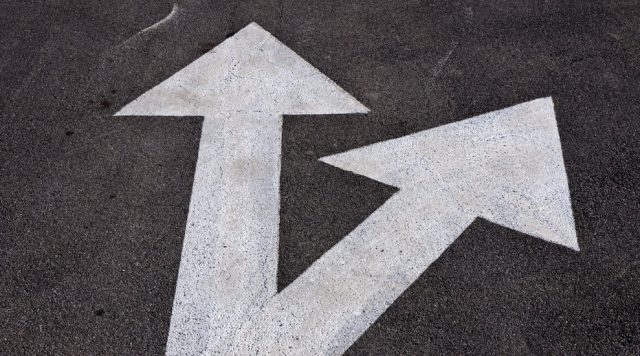 Bitcoin Cash (BCH or alternatively BCC; also bcash) did successfully split from bitcoin’s main blockchain as it was expected to on August 1st. The first Bitcoin Cash block was block number 478559 which consequently is also the block after which the newly born cryptocurrency started running it’s on own chain.

Bcash’s fork happened about six hours after the first eligible time that’d be able to happen at (after block 478558). The fork’s rules had it as such that the block initiating the split would have to be greater than 1MB. So, with that rule in place and the mining power that was then hashing on BCH’s side, mining the block took six hours but it’s size was a little more than 1915 kiloBytes.

The first hours of the new cryptocurrency were particularly rough and agonizing for its community and economic supporters as well. Aside of the split taking around six hours to take place, block generation in the first days was slow. The split had made it so the difficulty of legacy bitcoin was carried over to BCH for a little while.

This made it so the much smaller hashrate of bcash was insufficient to output blocks close to the 10 minute target time between each block. As a result, miners that had initially showed support for the coin withdrew their support as BCH was proving to be unprofitable for them with prices not yet established and blocks being that hard to mine. This resulted into block creation slowing down even more, but luckily a rule developers had coded in just to help in such situations kicked in.

Bcash’s REQ-7 allowed for several difficulty drops from block 478577 and onwards, with BCH’s difficulty now being a little more than one fourth of bitcoin’s difficulty. The flexible rule that allowed for the timely difficulty retarget of bitcoin cash states that “In case the MTP of the tip of the chain is 12h or more after the MTP 6 block before the tip, the proof of work target is increased by a quarter, or 25%, which corresponds to a difficulty reduction of 20%.”

The above means that the newly created cryptocurrency has some sort of built in protection against “attacks” on its difficulty, and provided that its bigger brother is running on the same hashing algorithm, it wouldn’t be too unlikely for miners to be switching between the two. Ideally though, there would be no need for the rule to be triggered again if BCH’s hashrate remained relatively stable.

On a related note, perhaps the most severe consequence of the slow block creation prior to the lowering of BCH’s difficulty was the fact that exchanges were completely unable to accept deposits. Even exchanges that had committed to opening BCH pairs to the public by pledging support to its use prior to the fork had no way of allowing users to deposit BCH at the first hours of the split as there were simply not enough blocks to allow for secure and timely transaction verification.

This however made it so a peculiar situation started developing within exchanges that had credited pre-existing depositors with their eligible BCH balance and also opened a pair for trading. Users were able to trade the cryptocurrency with a complete cutoff from outside influence, including selling pressure and resistance. BTC/BCH prices were peaking at certain exchanges but there seemed to be no consensus over the market for a common price.

Even now, bcash prices vary greatly between exchanges and the spread only seems to be closing as deposits for the currency open at more exchanges, allowing for speculators to close the spread by taking advantage of the arbitrage opportunity.

In the last few hours and as bcash’s network starts appearing more stable; more and more exchanges have started adopting the crypto for trading, with the famous no-account exchange, Shapeshift.io being the latest addition to the list only a few hours after their competing exchange service Changelly also initiated BCH trades.

All in all, bcash is still a very young cryptocurrency. It’s notable that it got through its first days, avoiding catastrophic failure as some might’ve wanted, but its longevity is not guaranteed by any means. Transactions are still much slower than bitcoin’s due to unstable block times, there’s no consistent miner support and its fluctuating wildly in price. For bcash to have better luck as a currency in the longer term all the above would need to be resolved one way or the other.